The recent mini tempest over Big Bird getting vaccinated against COVID-19 caused a few snickers and eyeball rolls from various cultural camps. But puppets and politics have long shared the stage.

When UBC’s Museum of Anthropology organized an exhibition dedicated to puppets from around the world a few years ago, many on display had overtly political purposes. In Indonesia, puppets were used to protest against Dutch colonizers. In Canada, Indigenous animator Amanda Strong used stop motion puppets to address government land policies and cultural genocide.

A more recent example of political puppeteering is Marilyn Agrelo’s documentary Street Gang: How We Got to Sesame Street, adapted from the book by Michael Douglas.

When Sesame Street aired in 1969, it was pretty radical in its dedication to presenting a culturally and socioeconomically diverse neighbourhood (modelled on Harlem). Even more important was the vibe of the program — non-pandering, a wee bit anarchic, but also inclusive, funny and deeply human.

That sensibility was due to the core group of creatives at its centre. They included puppeteers Jim Henson and Frank Oz and the late-great Caroll Spinney, who was responsible for bringing Big Bird and Oscar the Grouch to life. Composer Joe Raposo coloured the musical mood, while two people at the heart of the show — writer/director Jon Stone and producer Joan Ganz Cooney — set the tone and the pace. And what a blistering pace it was.

As many of the now-adult children of the show’s creative team recall in interviews, the cast, writers, puppeteers and musicians worked around the clock bringing it together. Jim Henson’s son remembers his father working for days straight, without returning home.

Almost from the outset, staid critics accused the show of being too Black, too urban, simply too much for mainstream America to handle. Despite its immediate and overwhelming success, Sesame Street was pulled from public broadcasting stations in Mississippi in 1970 under the premise that it didn’t offer younger audiences anything of value.

In the documentary, archival interviews with these same young Mississippians offer a different response. The kids state unequivocally they want to see the show. An NBC affiliate began broadcasting Sesame Street, shaming its public television competitors into reassessing their position.

If the puppets were committed to an agenda of acceptance, compassion and inclusion, so too were the humans. As Street Gang reveals, many of the long-standing characters on the show, Maria, Luis and Gordon, were performing in unusual roles for BIPOC people on television at the time. They were playing ordinary people — not drug dealers, pimps or criminals.

Matt Robinson, who took on the original role of Gordon, is a case in point. Before his stint on the Street, Robinson had an established career as a writer and actor, hosting his own show on a local Philadelphia station. On Sesame Street, he was a kind and gentle presence.

It’s bittersweet to rewatch clips from older episodes of the show. Many moments from childhood resurface with all of their tender and raggedy feelings. So too do visions of a kinder, funnier and more accepting world than ours today.

What happened to this utopic vision?

For all the work that Sesame Street has done over the past 50 years to promote inclusion, diversity and acceptance, how did things get to the point where even the sweet yellow floofiness of Big Bird is impugned?

Nowadays, everyone is pressured to choose a side. Are you pro-puppet or anti-freedom? Pick a position — Kill Big Bird! Free Big Bird! — and staunchly never budge.

And then, like the show’s creators, pour all those feelings into art.

In a recent essay for the Guardian, writer Ben Okri issues such a call. “We have to find a new art and a new psychology to penetrate the apathy and the denial that are preventing us making the changes that are inevitable if our world is to survive. We need a new art to waken people both to the enormity of what is looming and the fact that we can still do something about it.”

Yes, and as the artists of Sesame Street taught, we need to do it for the kids. From the very beginning, the show’s intent was to provide educational tools to preschool kids that were fun, accessible and sometimes downright revolutionary.

One of the things that Sesame Street has done best is to address the fears and uncertainties of its young viewers. When Will Lee, the actor who played Mr. Hooper, passed away, an episode featured the cast talking about what it means when someone dies. Similarly, Big Bird lately seeks to help lessen children’s fears and anxiety about vaccinations and risk amidst a pandemic that has claimed millions of lives. 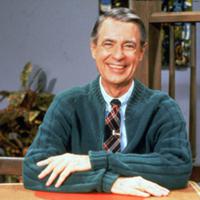 The Power of Kindness, Gentleness and Love

At the same time, Sesame Street continues to tackle race and representation and other thorny social issues, while demonstrating the basics of how to be a good human — seemingly non-controversial concepts like don’t lie, don’t steal, don’t hurt people, be kind to all things big and small.

Okri’s essay argues that humans must progress, and therein lies hope. “The scientists tell us that fundamentally there is enough for everyone. This Earth can sustain us. We can’t just ask the shallow questions anymore. Our whys ought to go to the core of what we are. Then we ought to set about changing us. We ought to remake ourselves…”

In other words, it’s in us to be better, to learn, grow and recite the alphabet with grace and humour. Near as I can tell, that’s what Big Bird has been trying to tell us all along.