Anne Wheeler knows her way around a story. The celebrated Canadian director’s new book Taken by the Muse: On the Path to Becoming a Filmmaker is a collection of six stories drawn from the years 1971 to ’76, when Wheeler was discovering herself both as a person and an artist.

The introduction sets the path for the book as Wheeler recounts a late-night phone call from literary icon Margaret Laurence, who wanted to say she approved of Wheeler’s film adaptation of her short story To Set Our House in Order. Over the phone, with glasses of whisky in hand, the two women fall to talking about the nature and craft of storytelling.

It’s a fitting introduction, not only in addressing the challenges of being an artist, but more curiously about the role that chance, fate, whatever you’d like to call it, plays in the process.

A great many of Wheeler’s tales revolve around the role of luck, as well as a willingness to roll with events. It’s a recipe for occasional disaster, but also great and wonderful accidents, serendipitous meetings, vivid characters and action aplenty — whether that’s driving for hours through the snow to listen to an elderly woman’s life story or hanging out with Bhagwan Shree Rajneesh, the guru made infamous many years later by Netflix’s series Wild Wild Country.

A stint with the Filmwest Associates, a film collective in Edmonton, brought Wheeler into the wild and woolly world of Canadian filmmaking. She was the only female member at the time. Like many things in her life, she fell into it rather accidentally after volunteering to help some friends with a project.

She learned the craft of filmmaking the hard way, often on the job. Naturally, stuff went hilariously wrong. In the story “Downside Up,” Wheeler documents one of her more outrageous gaffes. Hired to film at the Saddle Lake First Nation's reserve, she boards a small plane with a new camera and manages to film everything upside down. But that’s only the beginning of the story.

Why did these six stories make the cut? “It’s a hard question to answer, and some of the critique is that the stories are too similar. But if you look at them closely, they’re in sequence. In six years, I went from being a product of my youth to breaking away from what I was taught to be.”

Much of Taken by the Muse is deeply personal, but the implications are wider than that, encompassing a cultural shift that continues to ripple out. Namely, telling stories about women’s experience that might otherwise have been lost to time. 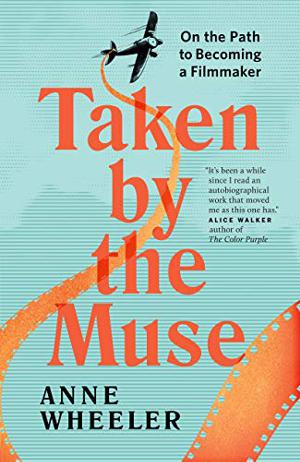 Wheeler dedicates her book to her two grandmothers, which is fitting, as many of the most vivid stories are about older women, like Margaret Laurence and an elderly Secwépmec woman from Williams Lake named Augusta Evans.

When Wheeler met Evans, the older woman was living on her own in a wood cabin with no running water and a woodstove for cooking and heat. A government pension of $250 a month was barely enough to buy groceries, but in spite of her hardship she was resolute, joyful and determined to live her life exactly as she saw fit.

In the book Wheeler describes Evans: “I don’t know if I have ever met a more enlightened soul. She’s mindlessly compassionate, has no ego, is always in the now, completely truthful and spontaneous. She is a true teacher by example — a guru gone unnoticed, but that matters not at all to her.”

Evans’ story reminds us that some of the most fascinating people aren’t often written about in history books, but they lived and endured with unheralded courage and stoicism.

After a horrific experience of attending a difficult birth, Evans bought a book on homesteading and midwifery and taught herself how to deliver babies and help women. “And I never lost one of them… no, I never lost one,” she tells Wheeler. “And I never charged anyone. I know doctors charged, even when they lost the baby! Yes, they did.”

Evans’s life story inspired the story titled “Sheet on the Wall” that encompasses the creation of Wheeler’s 1976 NFB documentary Augusta. It is fascinating to read the story and then watch the film. The two things inform each other in profound fashion.

Wheeler has a natural raconteur’s flair for spinning a compelling tale, an understanding of where the dramatic beats fall in order to keep an audience hanging on every word. The stories in the collection feel like they stem from an oral tradition, something you might hear around the dinner table or a campfire.

This is particularly the case in another story. In “The Woman Who Didn’t Exist,” an elderly woman named Doris Ward calls Wheeler out of the blue, after hearing about a project the filmmaker was working on about women getting the vote in Canada. Although the Prairie provinces were among the last parts of Canada to be settled, they were the first to give women the vote in 1916.

On the phone, Ward explains she knows why and invites the filmmaker to visit her nursing home to hear her story. And what a story it is. Born in 1884, Ward immigrated to Canada from Ireland as a would-be new bride, after exchanging letters with a Canadian man who had a homestead outside of Calgary.

On paper, her new husband had presented himself as a man of means, but the reality was altogether different. What followed is a little like an E. Annie Proulx tale, full of violence, deprivation and the staggering toughness of pioneer women. Ward’s story, likely shared by many other nameless women, is riveting. Actually, that doesn’t quite do it justice: it grabs on and refuses to let go.

After the wedding, Ward finds herself a virtual prisoner in a remote and wild place. As she recounts to a spellbound Wheeler, the backbreaking work of homesteading often fell on women. Ward cooked, farmed, gave birth to her two daughters entirely on her own. When she staged a daring escape with her children, she was summarily returned to her husband by the local preacher. But her escape attempt had the benefit of introducing her to the preacher’s wife.

I won’t spoil the resolution of the story, but it’s a reminder that women of this era were unbelievably strong.

Wheeler herself is no slouch in the toughness department. As many of the stories in her collection make clear, the early days of Canadian filmmaking were not for the faint of heart or anyone lacking a good sense of humour. Many of her stories combine moments of good-natured self-deprecation with close escapes, such as a lifesaving bit of incontinence after falling through the ice near Fort McMurray.

In speaking to Wheeler, a specific era of Canadian films comes back with startling clarity. Not just Wheeler’s work like Loyalties, but a wide variety of movies: Hockey Night, The Boys of St. Vincent and many more that screened on CBC. Wheeler’s early work also coincided with a seminal period in Canadian film history when the National Film Board was commissioning work from filmmakers across the country as a means to document Canadian stories. 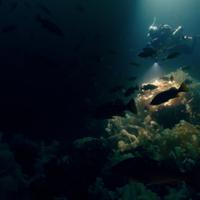 At 74, Wheeler is still working, mentoring younger filmmakers, writing and planning new projects. She doesn’t mince words about the current state of Canadian filmmaking, saying bluntly that it’s much more difficult to make a film now than it was 40 years ago. It’s a painful reminder about how much the Canadian cinema landscape has changed, and not for the better.

In Vancouver, for example, large U.S. productions, be it Hallmark films or limited series, have monopolized local technicians and film crews. Smaller Canadian films are hard-pressed to compete. Even if independent filmmakers find a way, after a film is made comes the even harder job of getting it seen by audiences.

Wheeler’s book, aside from being a rollicking account of life and art, is a reminder of the kind of Canadian stories are that in danger of not being told. As she writes at the end of her conversation with Doris Ward: “The history of those with power will be written down in a way that will favour them, but those who have lived and died outside the documented world are the ones that fascinate me now.”

Personally, I want to see Ward’s story on the big screen.