Everyone has a favourite comfort movie. Not the film that you claim is your favourite, the stuff that makes you look cool or erudite.

I’m talking about the movie that you turn to, after you’ve been fired, dumped, or you’re stuck inside because a global pandemic is coming to get you and everyone you love. The kind of movie that you crawl inside of like a big fluffy blanket. Maybe it helped you through your teenage years or it reminds you of a simpler time when all you wanted was to have that cute elf Legolas save you from Orcs and then fall passionately in love with you.

Whether your warm happy place is hanging out with Dolly Parton, Jane Fonda or Lily Tomlin in 9 to 5 or watching Groundhog Day every single day — comfort movies can offer genuine places of respite. They also function as reminders of the before time, when people danced, smooched, hung out and generally did normal human stuff.

Those days will come again, but in this immediate moment of darkness and difficulty, the good folk at The Tyee offer up their own comfort films.

Moira Wyton, the Tyee’s new health reporter, has a penchant for primo Patrick Swayze. Dirty Dancing is her sweet delight. Released in the summer of 1987, it’s the story of a young woman’s coming of age with a little help from bad boy’s liquid hips or as the narrator in the trailer says: “What they learned from each other feels too good to be wrong.” Yikes…

Moira summed up the film’s many comforting qualities thusly: “Unparalleled soundtrack? Check. Pointed commentary on class and abortion rights? You bet. Patrick Swayze in a muscle shirt? Oh yes. Dirty Dancing is a movie that gets better every time I watch it, for these reasons and more. It's also excellent for a bit of wallowing, in most cases over something or another in my personal life. And I can't think of what merits wallowing more than being Baby stuck in the corner by a global pandemic.”

Chris Cheung, who reports on urban issues for The Tyee, picked director Ho-Cheung Pang’s love song to a city Love in a Puff.

Of the film, Chris says: “What better place for romance to blossom than over an alley ashtray in the shadow of Hong Kong skyscrapers, where everyone from pizza guys to Sephora clerks to ad execs spend breaks smoking and shooting the shit? Love in a Puff is a love story between two young chain-smoking motor-mouths against the setting of the city’s 7-11s, restaurants, footbridges and karaoke rooms. In this time of self-isolation, I’m all the more melancholic about seeing the serendipitous connections that happen amidst sardines-in-a-can density. Sigh.”

The indomitable Emma says of their pick: “No list of comfort films would even be legal without this eternal-classic-for-all-time, which recently celebrated its 30th anniversary. It's a film that makes triple redundancies like eternal-classic-for-all-time totally excusable. It's not just the adventure, fencing, revenge and true love that make this movie so special; it is hilarious and endlessly quotable. The cast is amazing and so committed to the sincerity and silly of the production, that they can only be outdone by the people who put the time and love into building the Rodents of Unusual Size.”

“A candidate for my all-time favourite movie, crisis or no, is The Third Man. But it works particularly well at a time like this, carrying as it does an atmosphere of dread, societal breakdown and disease. In the famous Ferris wheel scene, drug profiteer Harry Lime looks down at the people on the ground and asks, ‘Would you really feel any pity if one of those tiny dots stopped moving forever?’ Rather like the Republicans saying it's time for old people to sacrifice themselves for the stock market. But perhaps you were looking more for escapism?”

“This will perhaps sound weird, but I'm always happy to re-watch The Limey. Terence Stamp is brilliant as a British criminal who goes to Los Angeles to find out how his daughter died and deliver justice. Peter Fonda is the sleazy record producer who was the boyfriend of Stamp's daughter. It's part standard violent revenge film, but it also travels backward and forward in time in a slightly disjointed way that pulls you entirely into the world of the movie. And Stamp as an unstoppable force is entirely real, not some action movie cut-out.

“I admit it seems a slightly odd choice as a comfort film even to me, and it bombed at the box office. But it works as way to move away from whatever's going on for a couple of hours, and it's perfectly constructed.”

‘Monty Python and the Holy Grail’

The Tyee’s founding editor David Beers returns to plague days of old with Monty Python and the Flying Circus.

“Monty Python and the Holy Grail is my go to. In bad times it’s important to check and see if you can still laugh. Even if very darkly. Especially if very darkly. On another level, Python is pretty great at referencing humanity’s eternal stupidity yet ability to somehow always muddle through. And tell us we’ve made a bit of progress, too. We’re doing better with our plague than they did with their Black Plague.”

As the Tyee’s culture editor and film critic, I have a long list of different kinds of comfort movies, but I have to admit, I’ve always had something of a fetish for bunker films, stories where people have to hole up in order to survive, I just never thought I would have to live through one myself.

My all-time favourite film of people under siege is John Carpenter’s The Thing wherein the inhabitants of a remote Arctic research station come under attack by a shape-shifting alien. It might seem an odd choice, but things (heh) could always be worse. This thought might seem a strange form of comfort, but I’ll take it.

‘Shoot the Piano Player’ and 11 more from Crawford Kilian 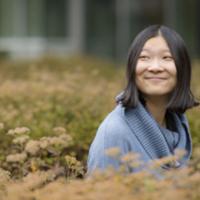 You Can’t Stop Culture. Get Some Here

“We are a bit out of the habit of going to the movies, except at the VIFF, and of course that's closed. But I saw a clip from Shoot the Piano Player last night, and it took me back 60 years. A beautiful, sad movie. And of course, Jules and Jim. That in turn leads to other films. Breathless with Belmondo and Jean Seberg was a turning point in French films, and Belmondo could also do broad farce as in That Man from Rio.

A Hard Day's Night and Help! should be on everyone's comfort list. To give today's kids a mortifying sense of what their grandparents considered a hot date movie, A Man and a Woman... an extended infomercial for the Ford Mustang.

Anything by Kurosawa. Rashomon is no one's idea of a comfort film, but it expresses something of our present confused state of mind. Hidden Fortress was the inspiration for Star Wars. Ikiru will reduce any hard-case to sobs by the end. Throne of Blood and Seven Samurai are both gory and wise. And for sure Kurosawa’s wonderful late film, shot in Siberia, Dersu Uzala, about a Russian surveyor meeting a local hunter who saves his life even as Russian expansion ends his own way of life.

One recent movie: Woman at War, a witty and well-plotted Icelandic film about a Reykjavik choir mistress who moonlights as an ecoterrorist, blowing up the power lines that support an aluminum smelter: dry humour, spectacular scenery and wonderful acting.

Hunker down, fire up that DVD player or the streaming service of your choice and prepare to take cinematic comforts.

What are your comfort cinema recommendations? Please share them in the comments below.