Concerts are cancelled. The bars are closed. Even some public libraries have shuttered their doors.

A good many people are at home, hunkering down, practising social distancing, and trying to do their best in a difficult time. We’re all in need of something to buoy the spirits. The cultural community has stepped up, offering access to music, theatre, film, books and more. The show must go on, just in a different way.

Here’s a quick roundup of online events and activities to make this period of isolation a little less isolated.

There is something for almost every musical taste at the moment, from the Metropolitan Opera broadcasts to Neil Young rocking in the free world.

Dan Mangan, Coldplay’s Chris Martin, and a number of other musicians including Jan Arden and Ashley MacIsaac are offering online concerts.

There is free classical music to download on a daily basis from Your Classical and Yo-Yo Ma’s #SongsOfComfort is available on social media.

A little of Dvořák’s mournful beauty goes a very long way at the moment.

More than ever before books are critical. While public libraries in Vancouver and Victoria are closed, there are a variety of ways to access words online.

The Vancouver Writers Fest’s Books & Ideas Audio series is offering a selection of recent readings from a wide array of authors. The series is free to download and can be accessed on a number of different platforms from Spotify to Radio Public.

The Dead Poets Reading Series is cheerier than it sounds. In light of COVID-19, the program has transitioned from offering live reading to online videos, uploading new presentations from poets from across Canada as well as internationally. The intent is to eventually feature poems in a variety of different languages including Farsi, Arabic, Portuguese, and Mandarin.

If you want to record your own performance, organizer Isabella Wang is eager to help. “There are no restrictions — the reading can feature any poet, in any language, and the reading can vary in length (3-10 min)… Folks can also see the format and writeup of the first one, done by none other than Natalie Lim!”

Button Poetry offers contemporary poets performing their work in a video series that features poetry in all its many forms and manifestations. The site also posts spoken word poems on a daily basis on YouTube. Both the League of Canadian Poets and The American Academy of Poets have poetry programs that can offer some respite from the endless march of daily headlines. You can receive a new Canadian poem every weekday through the League of Canadian Poets’ Poetry Pause program or a daily version from the American Academy of Poets.

Individual writers are also taking to social media to present their work. Author Rebecca Solnit will be reading her updated fairy tales every day at 5p.m. (PST) on Facebook Live, barring as she says, “any major surprises.”

Film might be the accessible form of culture at the moment, there are services and screening rooms galore, in addition to things like YouTube and Vimeo Staff Picks.

Cineplex closed all its theatre across Canada, but Universal Studios will be offering access to current films like Emma, The Invisible Man via on-demand rentals beginning this week.

There is also some more esoteric fare online. The Criterion Channel is a good place to start, especially with director Kelly Reichardt’s Top Ten picks.

From there you can go down deep, making your way through the entire dGenerate Film Collection.

Major films festivals have shifted their programming online as well. IDFA (International Documentary Festival Amsterdam) is offering access to some of the best documentaries on the planet. CPH:DOX and Montreal’s International Festival of Films on Art have also moved online.

Now is the ideal time to watch all of British documentarian Adam Curtis’ work. Curtis is something of an outlier, having made all of his films for the web. In this current moment, his most recent documentary HyperNormalization offers intelligent analysis as well as certain species of mordant humour. There is something about Curtis’s dry acerbic delivery that I find comforting, maybe because even when he is talking about the darker chapters in human history, he still sounds immensely civilized, whilst doing so.

A great many artists who have been hard at work for months, even years on different productions, are offering their work to online audiences.

Entirely new events are also springing up, including the aptly titled Social Distancing Festival. The Festival was born out of the sadness and regret that attended the cancellation of so many events. But from this dark place, the idea arose to make an online space where artists could share their work with audiences.

The final presentation of Trans Scripts, Part I: The Women will be streamed on Saturday March 21. There is also the option to donate to the production via the website to gain access to the show.

Theatre Replacement is planning to live stream their new production MINE.

Out in the wider world, there are a variety of musicals and Broadway theatre productions available to stream.

Instagram is proving a boon for art galleries and museums, offering access to major works via its online platform.

Google has partnered with some of the world’s major museums to provide access to art collections at MoMa, the Met and the Musée d’Orsay among many others.

There are online tours at the Louvre Museum, the Smithsonian and the Frick Collection in New York.

If you feel inspired to make some art yourself, daily drawing tutorials don’t get much better than the Daily Lunch Doodle with Mo Willems.

Blind Tiger Comedy School just announced plans for its Digital Comedy School, beginning this week with a series of free mini-classes, designed to help instructors learn what will work best. The full launch is planned to take place Monday, March 23. All classes are open for registration.

Vancouver’s The Sunday Service may provide some much-needed laughs.

Writer/filmmaker and deep thinker Astra Taylor re-released one of her early talks about home schooling. A timelier topic is hard to imagine with parents trying to figure out how to teach their kids and not go entirely bonkers in the process.

There are always gazillions of Ted Talks, but even better is Emma talks. The intent of the series was to present stories from local writers, activists, thinkers talking about their work and engaging in lively and active community engagement.

The Guardian compiled a list of great podcasts recently, but there are plenty more out there. Almost too many, perhaps.

Depending on your area of interest and tolerance for a given host’s banter, there’s probably a podcast to suit you. A few notable ones that popped up this week including Karina Longworth’s podcast You Must Remember This which is offering a free mini-episode about the 1918 Spanish Flu pandemic and the early movie industry. 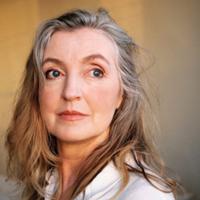 The World Is Sick. Culture Can Heal Us

In addition to arts and culture, there are online yoga classes, cooking lessons, and painting and drawing tutorials. Major networks like the BBC have committed to ensuring that in addition to news and entertainment, there is also practical stuff on how best to cope with daily circumstances.

People are creative in a crisis. Even in the last few days, Italians have leaned out of their windows and balconies to sing to each other across the deserted streets. In Taiwan, a fitness instructor led apartments dwellers in an exercise routine from atop an adjacent rooftop, and in Vancouver, a lone clarinet player was noodling in Dude Chilling Park. Life and culture continue.

We might collectively emerge from this period of isolation better educated, more collective in spirit and united in the desire to live, do, and be better.