University of British Columbia professor Darlene Weston is a biological anthropologist whose work provides fascinating insights into the lives and cultural practices of the ancestors of local populations like the Sto:lo and Stz'uminus people.

But when the discipline was created about 200 years ago, biological anthropology was an attempt to create a scientific justification for racism.

“From the start, biological anthropology was based on constructing typologies of humans based on their physical characteristics,” Weston says. “A fraudulent, racist enterprise — trying to measure skulls and attach moral characteristics to head shapes. And because it was always done by Europeans, Europeans were the epitome of perfection.”

But academic disciplines can evolve just as hominids do.

Weston describes the current incarnation of biological anthropology as “studying the human body within an anthropological context, the interplay of biology and culture.”

Her specialties include osteo-archaeology. “An osteo-archaeologist is someone who studies excavated bones,” she says. Bones can reveal a lot — age, sex, stature, diet, diseases, a history of food shortages or conflict with neighbours, and the attitudes of the living toward the deceased. Every skeleton tells a story.

Working from an office deep inside the bewildering labyrinth of UBC’s AnSoc Building, Weston divides her time between teaching and research. Among the courses she teaches are an introduction to human evolution, a third-year course on paleo-anthropology and one on the archaeology of death, looking at funerary rituals and styles, from the earliest grave sites of Neanderthals to the Victorian era.

She also teaches a course on forensic anthropology, the science of examining bones and other remains to gather information on the deceased. Thanks to TV crime shows, millions of viewers have come to consider themselves experts in the field.

But Weston points out that forensic anthropologists don’t solve crimes — they gather information.

“It’s the coroner’s job to determine the cause of death, not the forensic anthropologist. You don’t go to the crime scene. Your job is to examine the bones in the lab. It’s very practical — how old was this person when they died, what was their sex, how did they die, how long have they been dead? We gather information on age, sex, stature and other identifying factors we can get from the skeleton. You build up a biological profile. It’s the same skill set used in historical research — you just apply it to more recent cases.”

Weston says there is not much call for forensic anthropology in our part of the world. “Most of the work in the Lower Mainland is at Simon Fraser because they have the big forensic institute, and I think they get three cases a year at the very most.”

And that’s a good thing. “You don’t want to be in a place where there are thousands of forensic cases.” Weston says. “I have colleagues in South Africa where they do. It’s crazy. So many migrants, people who cannot be identified, you don’t know where they were coming from, no identification.”

The work is different in B.C., she says. “It’s mostly hikers whose remains are stumbled upon years afterwards.”

Forensic anthropologists have also been called in to assist with B.C.’s “mystery feet” cases, the regular discovery of disembodied, sneaker-clad feet along the coast — 15 since 2007. Many wild explanations were proposed, but Weston says it’s simply a matter of biology and ocean currents.

“Those were mostly people who died in boating accidents or suicides,” she says. “When a body is in the water the flesh disintegrates, fish get involved, things start to get disarticulated. Since the feet are encased in buoyant shoes, they make it to shore.”

Most of the students in her forensic anthropology course will likely end up in archeology, she said. There aren’t enough jobs in investigating more recent deaths.

The problem with teaching in her field is, well, evolution.

“It’s changing every single week,” she says. “As a teacher, it’s so frustrating. I tell my students, ‘You take this course from me this year, next year it will be a totally different course because everything will have changed.’”

The past can be as unpredictable as the future. “I taught a course that ended in April,” she recalls. “A week later they discovered a new species of human in the Philippines.” Each discovery changes our understanding.

But while the digging continues, the dark history of biological anthropology is finally being buried.

“In the past a lot of archaeology departments had collections of Indigenous remains,” Weston says. “People would go and excavate Indigenous cemeteries, and there was no concern for what they were doing. But in the past decade we’ve been giving them all back. We still have a few we’re taking care of because some communities are still figuring out what they want to do. Every Indigenous community is different in their approach to archaeology.”

One of Weston’s students, Colleen Parsley, studied ancestors of the Stz'uminus people, near Ladysmith, for her master’s thesis. “A construction project on the reserve years ago had unearthed remains and then they languished, and the Stz'uminus were interested in having the remains studied and then properly reinterred,” Weston says.

Weston and Parsley then embarked upon another study that is revealing a fascinating history of ancient body modification among the Stz'uminus and others. At one point, thousands of years ago, the coastal fashion had been for labrets, or lower lip piercings.

But the fashion shifted to different forms of skull-shaping.

“Communities all up and down the coast used to engage in cranial modification,” Weston says. “It was intended to distinguish different social classes — nobles and elites. It was a geographic indicator too — you had different shapes in different places. You’d get some crazy looking head shapes from our point of view, different styles. One in particular was a sort of cone head. Some had the forehead smashed in, which caused the head to bulge out on the sides. It was done in infancy, when the skull is still malleable. They’d use cradle boards, wraps and pads depending on what look you were going for. It started as an elite practice and then spread to everybody over time.”

“The Stz'uminus spearheaded the whole research project,” Weston says. “They wanted to know.”

From racist roots, biological anthropology has become a resource for Indigenous people. Remains that have been in institutions are being returned to First Nations. “We just repatriated a bunch of Sto:lo ancestors,” Weston says.

“With the Sto:lo it was actually really great — we had the community involved, I was involved, a couple of other professors were involved. The Sto:lo were really interested in knowing more about their ancestors, who they were. At their request I did an analysis of all the ancestral remains for them and gave them what we call an ‘osteo-biography.’ They have their own cultural centre in Chilliwack, and they have their own ancestral housing.” 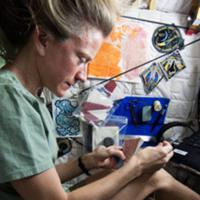 Steve Burgess Gets Educated: Will Things Get Weird on Mars?

The backstory of biological anthropology is essentially a Hall of Shame, a gallery of dangerous crackpots.

But for Weston, this scientific field founded with a racist agenda has now provided evidence of a very different reality: “That human beings are the same everywhere.”

“There’s a huge debate on the concept of ethnicity and race,” she says. “As a forensic anthropologist that’s one of the things law enforcement asks you — what is the race of this person? And it’s not an easy answer, because race is not a biological thing. Race is a cultural thing. The skeleton can tell you some things about geographical origins perhaps, and diet. But in terms of ‘Is this person black, white, or Asian,’ it’s very hard to tell.”

“Not that geographic groups don’t exist — they totally do,” she says. “But they exist in certain places in time. And then they change. There is hardly any group on the planet today that has not interbred with another group.”

“Underneath the skin we are all exactly the same.”