She started her journey in Kansas, went to Ohio and Vancouver, and passed through the fields of family studies, refugee acculturation, single parents, poverty, and examinations of the internal culture of polar explorers before finding herself somewhat unexpectedly tagging along on theoretical missions to Mars.

She now appears comfortably settled in an office in UBC’s Anthropology and Sociology Building. But what a long, strange trip it’s been.

Human space travel has been dramatized in any number of films, from The Right Stuff to First Man to Apollo 11 and more. The ultimate NASA compliment, as recounted in both the box office hits Apollo 13 and The Martian, is to call someone a “steely-eyed missile man.” Johnson is not that. Her personal telemetry involves no calculations of orbital mechanics or atmospheric drag.

Instead, Johnson’s bold voyage into space research began with a focus on very terrestrial issues. She has specialized in examinations of transitions and stress — studies of refugees adjusting to new environments, underprivileged families fighting poverty and teams of explorers dealing with isolation and scarce resources.

Now she is studying residents of the International Space Station (ISS), looking for clues about how people might behave on long space voyages.

“The exciting thing for me is, we’re gathering data in real time,” Dr. Johnson says. “We do five questionnaires — one pre-flight, to get a baseline. Then when they get to space they do two more — one after they’ve been there two weeks and one approximately three weeks before they return, then another six months after they return.”

Among other topics, Johnson’s questionnaires deal with the creation of a “space culture.” (This variety of culture is not to be confused with the recently reported tendency for space travellers to experience embarrassing viral outbreaks.)

“We ask: Do they think one exists? Is it important to have a culture that’s different from their national culture, or their agency culture? There’s acculturation to food, leisure, and language. So we’re asking about things like sharing cuisine. You know, ‘French food’s OK, but I want my borscht.’ Which holidays do you celebrate? Things like that.”

Johnson can then compare this information with historical reports taken from space agency records and autobiographies written by astronauts and cosmonauts.

“I’ve looked at [space stations such as] Skylab, Mir, and the ISS,” she says. “We’ve done retrospectives with cosmonauts, asking what it was like in their early careers and post-career. You want to triangulate your data, so you look at what is said in the autobiographies, interviews, things that are public domain, NASA interviews from the historical archive — you can identify their values, their stress, how they dealt with that stress. What are their goals, and their values?”

Johnson notes that space culture is already well into its development, including the welcoming and departure ceremonies.

“They even had one for the dummy that came up,” she says, referring to “Ripley,” the test mannequin that recently arrived at the ISS aboard a Space X capsule. “I don’t know if they had a mission patch for it or not.”

Was a male-dominated space culture at fault in the recent PR fiasco over female space suits? NASA took a lot of heat last month when a space walk involving two female astronauts was cancelled for lack of appropriate-sized space wear.

But Johnson does not feel that this was a case of toxic space culture — more a failure of logistics. The gender mix of the current space station population is at least partly the result of recent failed launches.

“With the Soyuz aborted mission to the ISS last fall, there was some re-arranging of astronaut’s scheduled flights,” Johnson points out. Thus it may have been a case of onboard equipment failing to match up with unexpected crew changes.

However, Johnson does hope that all-female spacewalks could soon help to establish new norms for the ISS. “Celebrating such events is what could fit into space culture,” she says.

Culture and relationships may not be the sorts of topics that frequently come up in space epics, notwithstanding the romance between Commander Riker and Counsellor Troi, or the bromance of Han Solo and Chewie. But the potential problems of deep space travel go well beyond practical issues like radiation exposure.

The people who sit in capsules atop powerful rockets are still people. And when you recall that an astronaut once drove across the country wearing space diapers to attack a romantic rival, you realize that as long as astronauts are on board, the human element will be part of every cargo.

Johnson’s backstory might serve as a cautionary example of technology’s limitations. She went to school in Manhattan, a fact that would lead a GPS navigator badly astray if the word “Kansas” was omitted. After studying at Kansas State University, she moved on to Ohio State to get a doctorate in family studies.

Her subsequent research revolved around families under stress, sometimes economic, sometimes cultural. That led her to examinations of refugees adjusting to new homes — Johnson was part of a long study following Vietnamese boat people and another study of Sudanese refugees, among others.

Part of the refugee experience involves dealing with a sense of isolation, and an attempt to create a home in a strange new environment. How much of your old culture do you retain, and how much do you take from your new circumstances? She didn’t know it at the time, but these questions were putting her on a possible trajectory for Mars.

Johnson’s husband Dr. Peter Suedfeld, former head of the UBC Psychology Department, had been engaged in studies of how people cope in extreme and unusual environments. With Jane S. P. Mocellin, Suedfeld co-authored Voices From the Ice: Diaries of Polar Explorers in 1996.

“I was saying to him one day, ‘You need to include work and family,’” Johnson recalls. “He said, ‘I don’t know anything about it. You’ll have to do it.’ So that’s how I got into that.”

Johnson began examining the family relationships and culture of polar explorers. “The majority [of polar expedition crew members] were young people who didn’t have jobs, didn’t have anything,” she says. “On some journeys, the captain’s wife would come along. But with Franklin and Scott and other expeditions like that, it was really a separate life.”

From those investigations into the family dynamics of polar explorers, it was a short step to another group of people who leave home and family to journey into a hostile realm. In 2004, the 55th International Astronautical Congress was held in Vancouver (you remember — the parties, the camaraderie, the competitive periapsis calculations).

Johnson was invited by the Canadian Space Agency to make a presentation about the family lives of astronauts. “I did a presentation on three of the early U.S. astronauts — Eugene Cernan, Buzz Aldrin and Gordon Cooper. It was the biggest crowd they’d ever had at one of their psychology sessions. That encouraged me.”

“NASA had views about how marriage and family should be handled. They should all be married; they should all be in happy marriages. And they weren’t, necessarily... That’s when we began to hear that NASA itself had become sort of a family. [The book and TV series] The Astronaut Wives Club is pretty accurate. They were moved away from their homes, where their support was — they were creating a new kind of society.”

Johnson’s current research on International Space Station residents will be of use to those who want to examine the drawbacks of deep space voyages like a Mars trip. Using current technology, a mission to Mars is likely to take at least five months. The experience would not be exactly like life on the ISS, Johnson says. “Right now they are so busy up there, they don’t have time to get bored.”

So one of the areas Johnson studies is downtime. What happens when astronauts switch their space suits for leisure suits? How would they make the endless hours pass on a trip to another planet? “Chris Hadfield played his guitar,” Johnson notes. “A lot of them have educational programs they are pursuing.”

Communication will be difficult, with long lags between the sending and receipt of signals. Johnson believes virtual reality systems will eventually be involved in such deep space communications.

And what effect will the current obsession with phones and Internet communication have? Could separation from the Internet make space travel harder for the next generation? Johnson turns the question around: “Might the isolation of space be easier for people who are already accustomed to communicating remotely?”

Space voyagers will have to pack carefully — there will be many Marie Kondo moments. “You take with you what you have, but you can’t modify it,” Johnson points out. “So what will they take with them, so that they have some connection to home, if they want a connection to Earth? What do they do that engages them? That’s going to be important when they go longer distances.”

When you consider the complexities of behaviour, it’s perhaps not surprising that the HAL 9000 computer wanted to eliminate the human element entirely in 2001: A Space Odyssey. As for Johnson, her appreciation of science fiction flicks is limited. 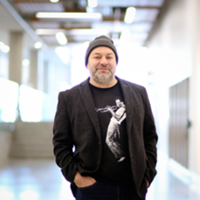 “I guess I don’t like all the special effects,” she says. “The thing I like is when you create a whole new world — how does that social order work?”

Although Johnson is concentrating more on research than teaching these days, she still puts in some classroom time. And while her studies eventually led her to outer space, the process has been reversed in the classroom. There, Johnson can take her research on space travellers and turn them back toward terrestrial travellers.

“I’m still interested in refugees,” she says. “How are they adjusting, what kind of supports can help them do that, how can we help them to decide what’s important to retain, how to deal with a sense of isolation.”

There are indeed strange new worlds to discover. But for researchers like Johnson, there’s no need to boldly go anywhere but Planet Earth.