But alongside these films is a collection of smaller, more intimate films that focus on caring and looking after others, by family, community and even dogs.

Caring can be a heavy load. It often requires patience, a sense of humour and an open mind.

Three different films — City of the Dead, América and Buddy — examine unconventional caretakers whose stories teach us about what it really means to take care of others.

Miguel Eek’s City of the Dead is a portrait of life inside the Palma de Mallorca cemetery — a sprawling graveyard located on the Spanish island southeast of Barcelona. The remote site is centuries old, with catacombs that might attract Nosferatu and towers that appear like apartment buildings for the dearly departed. It’s a place that is frozen in time.

Although the setting is firmly grounded in the land of the dead, Eek’s film is very much about the living. The people who work in the cemetery — groundskeepers, security guards, morticians and the funeral director — make up their own community.

Whether they are debating religion as they trim the hedges, or feeding a body into an incinerator, the film presents the reality of their work openly and without comment. The audience is immersed in their world, as if they were fellow employees.

Death is a constant presence. The cemetery employees no longer see it as a looming abstract, but rather as a casual acquaintance. Mortality is often the subject of conversation. “I’m working here, and I’ll end up here,” says a security guard to a mortician. “In the end we all end up in the same place.” It’s an offhand remark that wouldn’t be out of place in a production of Chekhov’s Uncle Vanya.

And, of course, there’s plenty of gallows humour. A mortician removes a man’s ribcage, and all that remains of the chest is a sunken flap of flesh. A colleague who is walking by asks, “What’s happened to this man?” Not missing a beat, the mortician answers: “He feels empty.” No one laughs, but it’s probably a joke that’s been made countless times.

While the employees of the Mallorca cemetery spend their days caring for people they likely never met, in Erick Stoll and Chase Whiteside’s film América we meet a group of people caring for someone they’ve known their entire lives — their grandmother.

All three brothers put their lives on hold to assume the care of their elderly grandmother América in her home in western Mexico after their father is accused of abusing her and sent to jail. It’s a demanding job. América is entirely dependent on her grandsons for everything from bathing to eating.

At the same time, the brothers are also working to free their father, whose release from jail has been delayed because his trial has been repeatedly postponed. While the boys make the case that their father’s actions weren’t criminal, that he was simply overwhelmed with the degree of care the elderly América required, the wheels of justice drag on for more than eight months.

Despite all of this, there are moments of levity and joy. (How could there not be, in a family of circus performers?)

The issues that Diego and his brothers are grappling with — whether to admit their grandmother to a nursing home, how to pay for the costs of her care, and most critically how to ensure some measure of dignity for her — are problems that most people have faced, or will face, in their own lives.

As birth rates continue to fall and the average life expectancy is extended, the question of how to care for an aging population is an issue that many countries, including Canada, must contend with.

Humans may have to get creative and rely on non-human aid.

Dogs have gained the status as our right-hand species. The ancestors of today’s dogs were the first animals that humans domesticated around 15,000 years ago, and we’ve been enlisting their aid ever since. While cats might make funny videos, the Internet has collectively embraced dogs as our companions and most loyal helpers.

Veteran director Heddy Honigmann examines the human-service dog relationship in her new film Buddy. These are the dogs that we take care of and who in turn take care of us.

Honigmann takes her time introducing us to several dogs and their humans. We watch them wander at the park. We accompany them on walks. We see them in the quiet comfort of their home. It’s all quite intimate and unhurried.

Beyond the intricacies of service animals’ selection and training, Honigmann is intent on capturing something inherently more mysterious: the deep connection between dogs and humans. The relationship between guide and guided, service animal and human can give rise to profound love. 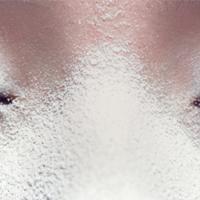 The extraordinary abilities of the service dogs are on full-display here. One woman with limited mobility relies on her dog Kaiko to open and shut the fridge, to help her into bed, to fetch her paper from the printer. “If I had to choose one word, the dog means freedom to me,” she says, rubbing his head.

An almost psychic bond often occurs between species. “This morning, I didn’t know where my inhaler was when I needed it. Then he brought it to me,” a young woman says of her dog, Kay. “Often when I think of something, he’s doing it. I don’t even have to ask him. He’s already doing it.”

This form of attentiveness, companionship, and affection serves as a weighty counterbalance to the many ills of the world.

DOXA runs May 2 to May 12. For a complete schedule of the films and events, go here.