“I don’t know why you’re bothering,” a UBC history professor said to me over 40 years ago when I contacted him about the book I was writing on B.C.’s black pioneers. “James Pilton did his thesis about them in 1951.”

That thesis (which I drew on to write my own work) was to the professor the first and last word on the part played by over 600 black settlers in British Columbia in 1858 and thereafter. I managed a tactful reply and carried on.

Today, after two editions of my book, I’m very aware of how much more remains to be said about those brave, tenacious men and women and their descendants.

Many of us still regard “black history” as a niche subject, and Black History Month as more political correctness than serious reflection on our past. We are wrong to do so.

Cecil Foster, in his new book They Call Me George: The Untold Story of Black Train Porters and the Birth of Modern Canada, shows just how wrong we are. Far from being outliers in the Canadian story, black people have been a political presence in this country for centuries. And 60 years ago they almost single-handedly changed us from a “white man’s country” to a multicultural nation that is the envy of the world — even as we risk backsliding into racism and xenophobia.

Canada may have enjoyed a reputation as “heaven” for slaves escaping the U.S., and free black people from San Francisco found a haven in gold rush B.C., but most white Canadians shared the racism of their American and British cousins. After the Civil War, some disillusioned black people returned to the U.S. only to find yet more disappointment. 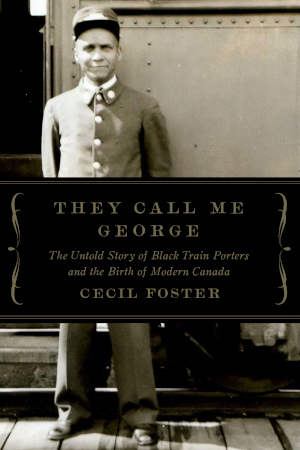 At the same time, railroads were spreading across North America, and George Pullman became a very rich man by inventing the “sleeper car.” It offered travellers comfortable journeys including beds and excellent service from the porters looking after them — all of whom were poorly paid, overworked black men.

It came with a marketing stunt: while on a train, white passengers could imagine they were guests in a rich man’s mansion, being tended to by smiling black servants who were known as “George’s boys”; eventually every porter was called “George.”

The porters were paid little or nothing, depending largely on tips while working around the clock. They called themselves “sleepy car porters” because they were lucky to get three hours’ sleep a night. Porters could not be promoted to conductor or any other railway job. Even the most trivial mistake could get them fired.

Canadian railways adopted the Pullman system wholeheartedly, including the exploitation of black porters. But exploitation was complicated here by the presence of black people from the British West Indies. Some had come to Canada to advance their educations and decided to stay, but found nothing better than a porter’s job. Coming from islands where black people were judges and administrators, they found Canadian discrimination profoundly hypocritical: they were British subjects just like white Canadians, and expected the same rights and freedoms.

Foster, himself from Barbados, knows far more of the history of the British West Indies than most Canadians, and argues that migrants from the B.W.I. catalyzed a movement that turned Canada from a routine white-settler dominion like Australia and South Africa into its present multicultural democracy.

In the fight for their rights, the porters, Canadians and West Indians alike, had some advantages: they travelled the country, passed along news from one black community to another and had access to politicians travelling to and from Ottawa. They could discreetly lobby MPs for help getting a relative into the country, or to encourage opening Canada to black immigration. After all, if we were welcoming immigrants from former enemies like Germany and Italy after the Second World War, why were we barring fellow British subjects from the West Indies?

The Liberals under Louis St. Laurent were as blandly deaf to such arguments as Mackenzie King’s had been to admitting Jews fleeing the Nazis. But John Diefenbaker, on the long trips to Prince Albert and back, paid attention. Once he was in power, his Progressive Conservatives began to take steps to remove racist barriers to immigration.

Diefenbaker was building on a momentous meeting between porters and the previous Liberal government on April 26, 1954. On that day, porters led by union leaders — American A. Philip Randolph and the Canadian Stanley Grizzle — made their case to Liberal politicians and their civil servants for recognizing black Canadians as full citizens, and nonwhites as qualified to immigrate to Canada along with Europeans.

This meeting seemed to have gone nowhere, though it was the result of years of patient effort by Canadian and American porters’ unions, which had involved clashes with white railway unions. But through the rest of the 1950s and the early 1960s, political momentum shifted away from racism.

No doubt the porters were aided by the disgraceful sight of white racists in the American South screaming at black students as they integrated public schools, and the ongoing outrages of white terrorism. The slow collapse of European empires, from Vietnam to Africa to the British West Indies, made white supremacy look absurd. Canadians wanted to think better of themselves than that.

But without the prodding of the porters, and Diefenbaker’s acceptance of their argument, white Canada could have persisted for another decade or two. The porters were arguing not just for black workers, but for all nonwhites. Eventually Pierre Elliott Trudeau in 1971 declared Canada a multicultural nation that welcomed immigrants from around the world.

Ironically, the porters won their own fight for equality and promotion in the railway industry, just as the railways stepped back from passenger travel. Black conductors were hired but worked on fewer and fewer trains. By 1978, the passenger services of CN and CP were reduced to VIA Rail, which is now a minor service chiefly for tourists.

Travel marketing had moved on, but not very far. The obsequious black male porters who had flattered train passengers were now replaced by obsequious white female flight attendants, exploited quite as deliberately as the porters had been. 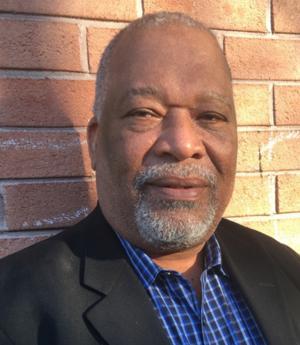 Cecil Foster, author of the new ‘They Call Me George.’

But, as Foster argues, the black porters lost a battle while winning the war. White Canada was dead; the white guys in suits now held office thanks to Chinese and Punjabi and Jamaican and Tamil votes, and they knew it. I don’t know if he ever mentioned Diefenbaker, but Jason Kenney’s wooing of immigrant votes helped keep the Harper government in power. Pierre Trudeau’s adoption of multiculturalism repudiated the St. Laurent Liberals, and his son Justin gained power by invoking that multiculturalism.

Trapped in exhausting jobs, with few resources and no allies apart from a few Jewish groups, the sleeping car porters managed to form a union, master union politics and lobby the federal government for a better deal — not just for themselves, but for nonwhite British subjects and then for nonwhites around the world. If not for them, we would be a smaller, older, whiter and duller country.

While he makes his case very well, Foster also opens up new issues for further historical research. We have neglected our old ties to the British West Indies, now independent countries we have much in common with. We need to know more about them, and about Canadian immigration policy from 1930 to 1970.

We should recognize that Canada has not made progress on a one-way street, and some of us want to make a U-turn. Some Canadians are as hostile to nonwhite immigration as their ancestors were a century ago, and they’re taking their cues from Donald Trump’s racism and xenophobia. If we ignore our own history, and treat Canada’s Indigenous and nonwhite peoples as mere sideshows, the xenophobes will return us to the very, very bad old days.