Perhaps you've heard it in the keynote speeches of leading marketers, or among your driven, self-employed friends: to hack it in the new era of work, each of us must work six micro-jobs, brand ourselves for the cultural marketplace, get 50,000 Twitter followers, innovate ruthlessly and treat our creativity as our most valuable asset, something to be monetized and written up in annual reports. Welcome to the "insert-latest-catchphrase-economy." You're excused for feeling a little disoriented. 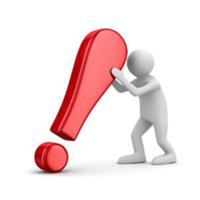 Why Blog When You Can Flog?

At tribal gatherings like the recent FUEL conference in Vancouver, or this week's Sustainable Brands in San Diego, evangelists of this shift throw around buzzwords like "authenticity" and "transparency" to describe a warmer, more "collaborative" capitalism. It's deadly serious stuff for brands like Coca-Cola, Starbucks and Airbnb, "because customers are signiﬁcantly harder to reach through traditional means than they were just a few years ago," reads a just-released report from Vision Critical.

But as marketers craft ever-sophisticated strategies to ensure our loyalty to their brands, and as we ourselves are expected to hone our own self-brands, to turn our idiosyncrasies into assets, the line separating companies from consumers starts to smudge. Maybe someday it'll rub out altogether. Until then, I've provided definitions to 15 words and phrases that'll allow you to fake it with the best of them. If you appreciate my impassioned yet sardonic positioning, follow me @GeoffDembicki.

Actualize (verb): The difference between saying you care about some social or environmental issue and actually doing something about it. I actualized my concerns about industrial farming by eating at Chipotle today instead of McDonald's.

Authenticity (noun): Refers not so much to authentic things or experiences, but rather the goodwill they engender, which makes it easier for companies to sell you things. People pay handsomely for the authenticity of an Airbnb experience.

Catalyst Brand (noun): A company or group that integrates buzzwords of the day (see: authenticity) into a killer marketing strategy only the most cynical consumers can resist. I know people who've written love letters to catalyst brands like Zipcar.

Co-creation (noun): When a company works with people outside of its corporate universe to create the perception it's not obsessed with profits, thereby boosting profits. Nike's market share went up 10 per cent after it embraced co-creation.

Collaborative Consumer (noun): An economic actor who rents stuff out over the Internet and feels he or she is improving society in the process. Collaborative consumers know voting won't fix global problems -- they use PayPal instead.

Excess Capacity (noun): Refers to the wasted potential rampant in a society that lets cars, and other such goods, sit dormant nearly all of the day. My new app calculates the excess capacity of millennials living in their parents' basements.

Fundamentally (adverb): Used to signal to observers that the idea you just described has potentially profound and/or TED Talks-worthy implications. The rise of drone-based food delivery is fundamentally a challenge to pizza deliverymen.

Generation Edge (noun): What some salivating marketers are using to describe the world-weary and tech-savvy consumers born since 1995. Generation Edge is deeply worried about the future of society, and forever loyal to brands that promise change.

Iterate (verb): Refers to the unrelenting, and some might say obsessive, pursuit of innovation and reinvention upon which our current economic era is so precariously balanced. In today's competitive markets, companies must literally iterate or die.

Knowledge Economy (noun): Whereby value is derived not from physical goods or services, per se, but rather a firm's ability to monetize new thoughts and ideas. For knowledge economy companies like Facebook, creativity is inseparable from profits.

Millennial (noun): Some marketers claim to be "over" this demographic (see: Generation Edge), but the current cohort of socially concerned 18 to 35 year-olds is still marketing's most coveted prize. No brand can afford to ignore the millennials.

Social Physics (noun): A paradox-laden research field in which ever-sophisticated data about human behaviour is used to optimize and control the free exchange of new ideas. Social physics offer companies like Google the chance to engineer creativity.

Transparent (noun): A willingness to reveal awkward details about your company and its ambitions in order to gain, and benefit financially from, people's trust. Being transparent about struggling to go green is better PR than actually getting greener.

And now, in the interests of transparency, let me remind you that I created these definitions to fake my own expertise on the new economic era. If this admission makes me seem more authentic, then start following me @GeoffDembicki. I'm only at 441 followers and will need a lot more of you to hack it in these confusing times.