Thanks to his months in 1930s wartime China, Norman Bethune is probably the most famous Canadian in the world. He was also a jerk: a drunk, a womanizer, a bigot, an egotist, with a vicious temper and sloppy surgical skills. 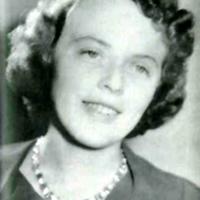 Sleeping Around with Evil

Yet he deserves our attention and respect. Bethune was appallingly self-destructive, but at last found the will to reconstruct himself -- to become the phoenix rising from his own ashes.

Roderick Stewart's new book rises from the ashes of his earlier biographies of Bethune. Historians know that the past is always changing: new archives are opened, octogenarians finally give interviews, new science requires new interpretations of people and events. Even so, this latest book, co-written with his wife Sharon Stewart, is likely to remain the definitive study for some time.

One of its great strengths is in the Stewarts' detailed examination of the Bethune family and the old Canada they lived in. Several of Bethune's ancestors had been doctors; several had been unable to handle money; and several had been drunks. Bethune's own father Malcolm had been a drunk, redeemed by a woman missionary who married him on condition that he dedicate his life to religion.

Malcolm Bethune did become a minister, but an unsympathetic one who had to leave one congregation after another. Norman, born in 1890 in Gravenhurst, Ontario, followed his family from small towns to Toronto and back again. He was a classic case of the clergyman's son, rebelling against his father.

But he was also just another typical Canadian young man of his generation. He was good with his fists. He worked in logging camps to pay for his college education and medical training. He went overseas in World War I, where the British regarded Canadian soldiers as undisciplined wild men.

After the war Bethune stayed in Britain as a doctor, but felt very much an outsider, patronized by his colleagues. He took his Scottish bride, Frances Penney, back to Canada.

Two marriages to one woman

It was a stormy marriage -- actually, it was two stormy marriages, each ending in divorce. Meanwhile Bethune was also drinking and carrying on numerous affairs while trying to make a living as a surgeon.

He came down with tuberculosis, spent time in a sanitarium, and emerged as a convert to a new therapy: collapsing the patient's tuberculous lung, to give it a chance to rest and recover. It had saved him, and when he resumed work as a surgeon this became his specialty. He even invented a range of surgical tools to make the operation faster and easier.

His own reputation as a surgeon, however, was dubious. Colleagues admired his speed and his willingness to take on desperate cases. He clearly cared deeply for his patients' well-being, especially children. For years he served as a surgeon in a Quebec Catholic hospital, where his efforts were very much appreciated. But many of his patients died, and he could be explosively temperamental in the operating theatre.

As the Depression hit and deepened, Bethune began to think about the social causes behind the TB cases he was dealing with. While he had long since rejected his parents' evangelical Christianity, he kept their belief in helping the downtrodden. He began moving sharply to the left.

A string of girlfriends

But his private life was a disaster: heavy drinking, a string of girlfriends and one-night stands (women found him highly attractive), and no real progress in his career. His radical politics made him welcome in Canadian intellectual and artistic circles, but his medical colleagues disliked both his temper and his support for "socialized" medicine.

By the time the Spanish Civil War broke out, Bethune was a dedicated communist. With little to keep him in Canada, he persuaded the Canadian Communist Party to send him to Spain to help the Loyalist cause.

Once there, he hit on the idea of a mobile service that would provide battlefield blood transfusions. He didn't invent the idea, as many have said, but he certainly took the process closer to the combat zone than anyone had imagined possible. Bethune's physical courage was astounding.

So, unfortunately, were his drinking, womanizing, and dedication to living well. Money from the Party went to his personal use, and he alienated many of his colleagues and comrades. At last the Party recalled him to Canada -- ostensibly to raise funds for expanded aid to Spain.

'I have blotted my copybook'

Bethune understood what a rebuke it was: "I have blotted my copybook," he said on the way home. But he was still a famous man, and his cross-continent tour attracted thousands of listeners. He talked about his battlefield experiences, showed a documentary about his unit, and raised a lot of money.

(A personal digression: At one point late in Bethune's U.S. tour, my father was his Party-appointed driver. He found Bethune very accessible and self-critical: Bethune admitted that he was prejudiced against blacks, but trying as a good communist to overcome it. The Stewarts mention at least one incident that reflects this prejudice.)

Supposedly Bethune was going to return to Spain. But the Canadian Communist Party wouldn't send him, and the Loyalists wouldn't have taken him back. He had no future in Canada: as a now-admitted communist, he was persona non grata at his Catholic hospital, where the nuns supported Franco's fascists.

So going to China made a kind of sense: the Party was willing to send him as part of a team to assist Mao's Eighth Route Army, which was fighting the Japanese while maintaining an uneasy truce with the Chinese Nationalists.

But the mission was another administrative disaster: the leader of the team was an even worse drunk than Bethune, and logistical and financial support dried up. Bethune seemed to have learned nothing from his Spanish experience. He could not or would not learn the local language, and he was oblivious to cultural differences.

Yet he made it to the Communists' capital, Yanan, with a Canadian nurse from the team and some medical supplies. He impressed Mao, Zhou Enlai, and General Zhu De. Being made a member of the Chinese Communist Party was a breathtaking honour. Before long he had a useful role: not only doing battlefield surgery, but training young Chinese to do the same. What's more, he insisted on living as the soldiers did.

Bethune still made horrendous mistakes: he talked the Chinese into building a training hospital in an area threatened by the Japanese, who demolished the facility within a few days of its completion. Incompetence and unsanitary conditions triggered classic eruptions, and he could explode at his superiors as well. The Chinese were baffled and embarrassed by such tantrums.

Yet he carried on, though the Canadian Communists never answered his requests for more money and supplies. And he got results. Wounded soldiers were surviving in greater numbers. His Chinese students learned fast even across the language barrier. His presence just behind the battle lines was a morale booster for combat troops. But his poor diet and harsh living conditions weakened his immune system.

Inevitably, given Bethune's rough and ready surgical techniques and the lack of supplies, he operated without gloves and suffered numerous infections from slips of his scalpel. And inevitably, one of them involved septicemia. When a Chinese colleague said his infected finger would have to be amputated, Bethune refused because he would thereafter be unable to do surgery.

The infection spread up his arm, and again Bethune refused amputation. It was as if he could not imagine himself in any medical role except as a direct, hands-on surgeon.

His death on Nov. 12, 1939 was a blow to the Eighth Route Army, but Mao took the opportunity to glorify him in an essay, "In Memory of Norman Bethune," which portrayed him as a communist exemplar: "Comrade Bethune's spirit, his utter devotion to others without any sense of self, was shown in his great sense of responsibility in his work and his great warm-heartedness towards all comrades and the people."

The Stewarts argue, reasonably enough, that if Mao had been defeated by the Japanese or the Nationalists, Bethune would be forgotten now as just another loser in a losing cause. But Mao won, and his essay became part of the Little Red Book during the Great Proletarian Cultural Revolution in the 1960s and '70s. Every Chinese had to read it. Bethune's face appeared on postage stamps, and I well recall seeing a pottery sculpture of him in a ceramics factory in Foshan in 1983.

Canadians in China today still enjoy considerable goodwill thanks to Bethune, and Chinese diplomats make frequent pilgrimages to Gravenhurst, where the Bethune family home has been restored. A National Film Board documentary about him provided an opportunity for the Trudeau government to resume relations with Beijing in the early 1970s.

Norman Bethune was in many ways a "horrible man," as one of his acquaintances described him. But his failings kept him from a routine career and routine professional success. He had to be the best at something, and his repeated failures left him with nothing but one last immense effort in a remote part of China. Far from being selfless, he was ready to die to maintain his self-image as a courageous surgeon in the people's service.

The Stewarts have done an extraordinary job in their new biography. They travelled to many of the places where Bethune lived and worked, talked to old Party members who remembered him, and assimilated much new material into their narrative. The book is beautifully written, with a clear narrative. Providing excellent background information on the times, they keep Bethune in the foreground and make him a much more complex, exasperating, and admirable man than the pottery statue of Chinese propaganda.