Using the dirty science of bracketology, Thom Wong has taken on the job of determining, in a head-spinning 64 title battle, the greatest Canadian song of all time. His long strange contest starts here. If you’re new to the debate -- which is mostly occurring inside Wong’s head (or possibly his iPod) -- prepare to be inflamed. But patriotically. 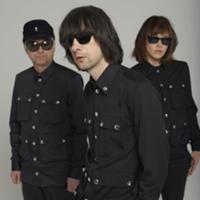 Primal Scream and Everything You Love

The late David Rakoff once revealed on an episode of This American Life a peculiar Canadian trait, that when we hear the name of a famous Canadian, we have to tell everyone in the vicinity: "That person is Canadian, you know."

And this is 100 percent true. The last time this came up was when a few coworkers were discussing Drake. I offered that bit of information, and they said, "Yes, we know." Which bothered me quite a bit. Because that fact, as a Canadian, was mine to give.

Drake, incidentally, was their suggestion for an artist that might belong in a Greatest Canadian Song competition, which made me realize that whoever is in charge of promoting Canadian music abroad is rather crap at his or her job.

The Sean Minogue Region vs. The Anne Murray Celebrity All-stars Since I know everyone is fascinated by the wheres and whys of bracketology, I should explain that I've re-seeded this round, meaning I've put all the top seeds back on top and the...

… is not the clear cut insta-kill you might think. If there's a female artist who can give Joni a run for her money, it's surely Buffy Sainte-Marie. Heartbreak runs through both songs, but if there's a game-winning three, triple overtime top-shelf shot, it's that Joni matches that heartbreak to Canadian geography and it doesn't make you want to kill yourself.

"No Cars Go" is a whirling dervish. "Some Are Lakes" is a pleasant walk in a forest.

You're not going to be in a pub shouting out "Constant Craving" along with your friends... well, unless you're in this pub. On the other hand, you're not going to take home the nuanced lyric-as-poetry award which I just made up. (Surprise result -- every year it goes to Radiohead!) What I'm saying is, these are very, very different songs.

For me, it comes down to singability -- a truly great song is one to which you want to sing along. I recognize that "Home" has a distinct advantage in this regard as it is, by design and execution, an actual sing-along, and thus it's incredibly unfair that "Constant Craving" should have to face it.

2. "Both Sides Now" by Joni Mitchell vs 9. "Left and Leaving" by The Weakerthans

Speaking of unfair... I've half a mind to push "Left and Leaving" through, in the vain attempt to get all five of you reading this to listen to The Weakerthans, a band so overlooked by Canadians they're practically on witness protection. And by snubbing Joni, already a winner this round, I’m insulting the two of the five who still don't know how a bracket works.

But then I just listened to "Both Sides Now" again, and good god. GOOD GOD. For years I thought this was a maudlin sapfest of no redeemable qualities, which I also offer as definitive proof teenagers should never be allowed to vote. Now? It's the clear pond in a forest of Ke$ha.

"Is Hayden the male Feist?" is a question I'd ask if this was a column in The Province, and I'd never heard of Hayden, and was trying to work Feist into the mix so people would actually read it. And yet lo, here they are, butting up against each other in a battle for Canadian supremacy.

"Bass Song" pretty much summarises Hayden for me. It starts like this:

And it ends like this: And I couldn't find shit So I grabbed my bass guitar by the neck and held it above me

Both songs are about winter snow, only in Feist's rural fantasy it sits on rambling roads, whereas for Hayden it begins what sounds like a personal apocalypse. Call me a romantic, but I prefer the Feist idyll.

3. "A Speculative Fiction" by Propagandhi vs.  6. "Sweet Jane" by Cowboy Junkies

I can't even pretend for this one.

4. "Nautical Disaster" by The Tragically Hip vs. 5. "Head Over Feet" by Alanis Morissette

Canadians everywhere were plagued with broken ankles when they leapt from the Alanis Morissette bandwagon, sliding as she did from young actor to teen pop... "sensation"... to Grammy-winning artist to annoying mouthpiece for who knows what she believes. Not even a bizarre cameo as God in Kevin Smith's Dogma could save her.

Jagged Little Pill is a revisionist album, in that its 30-plus million in sales have aged, over the intervening years, to an attitude of complete and utter derision. "You Oughta Know" got all the press because she referenced -- heaven forfend -- oral sex in a theatre, but let's not forget "Ironic" for introducing millions to the idea by having not a single example of it, and the as-deep-as-a-high-school-grad-quote "You Learn".

That a complete gem like "Head Over Feet" would be buried in amongst all that drivel, like a perfect plum at a McDonald's buffet, is a triumph, even if the central metaphor actually references a biological reality. In a way that's its entire point -- that a defining characteristic of love can be how completely normal it makes you feel.

All that said even I know it's not a better song than "Nautical Disaster", the Hip's fabulously literal but still evocative ode to seafaring tragedy. It lives to fight another day.

4. "No One Needs to Know" by Shania Twain vs. 5. "Let Your Backbone Slide" by Maestro Fresh Wes

This is why you bother setting out 64 songs and pitting them against each other for the space of (for now) six columns: to discuss whether Shania Twain or Maestro Fresh Wes wrote a more definitively Canadian song.

Since "Backbone" was a Sean Minogue pick, I asked him for his input:

He said: "'Let Your Backbone Slide' was the reason I learned how to do a backhand-spring as a kid. There's no other acceptable way to dance to this song."

Strong words, my friend. On the list of Canadian rap songs that don't make you crumble inwardly like a shamed turtle, "Backbone" is at the very top, and while it hardly sounds fresh -- the samples, beat, and couplet rhymes placing it squarely in its timeframe -- it still sounds good. Very, very good.

I might be alone in thinking "No One Needs to Know" is an amazing song, and I'm fine with that. If a softly sung, deeply felt tribute to the silliness of love isn't deep enough to be considered great, maybe I don't care about greatness. (Not true. I care deeply.)

That said, "Backbone" told us that Canadians were just as capable of crafting excellent hip hop as any other culture. That so few Canadians have backed that claim up since the Maestro is fodder for another column.