Coming on the heels of February's surprise My Bloody Valentine album, Primal Scream is back to reinforce the idea that everything new is 1991 again. Not that new album More Light recalls the era-defining Screamadelica as much as mbv seemed to sprout from the open end of Loveless -- both of which helped to define that Creation-rich year. Not until its closing track "It's Alright, It's OK" shows up to remind us explicitly of the big Ecstasy group hug of "Come Together," anyway. 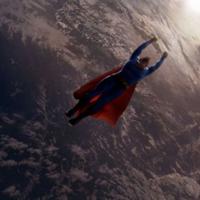 Oh Superman, How May We Celebrate You in Song?

But that's a little conceptual coup de grace saved for the last five minutes of this sprawling record (and lovely as it is, it might be the least essential track). Elsewhere, and like every album the Bobby Gillespie-led band has released in the last 25 years, More Light sounds only like itself, save for Gillespie's agreeably anemic vocals and the fact that you can always situate Primal Scream's influences somewhere inside a general locus of cool from any given decade between the '60s and now -- but tricked out, of course, with a whack of contemporary signifiers.

In this case, it's hard to ignore the Lodger-esque Bowie-isms of opener "2013", especially with a sax sound so thin, white and duke-ish that it probably entered the studio wearing a fedora. Featuring a vocal contribution from the Pop Group's Mark Stewart -- one of the UK's all-time great avant-funk political paranoids -- "Culturecide" doesn't stray all that far from the same place with its syncopated chant about getting "hit by a neutron bomb," laid over a repetitive two-note bassline. For a second or two, this could be Chic or the Gap Band, at least until the disco-punk-free-jazz groove madness sets in, as it often does when Primal Scream spends the night in the studio.

When "Hit Void" punches you in the heart with a fat syringe filled with feedback, you suddenly remember that the first time you probably saw Gillespie. It was the mid-'80s and he was standing with his legs insouciantly crossed behind a couple of floor toms with the Jesus and Mary Chain. It's hard to think of someone who's survived for so long with quite so much aplomb and good taste.

In total, More Light -- as many have already noted -- is the lush and instantly lovable payoff we all get for living through the wound-up electro-terrorism of 2000's EXTRMNTR. The highlights are plentiful: "Tenement Kid" is the prettiest mash-up of inner city soul and swirling psychedelia we might hear all year, and appearances by Robert Plant -- on "Elimination Blues", which is more Funkadelic than Zep -- along with MBV's Kevin Shields and a set of lyrics nabbed from the Gun Club's Jeffrey Lee Pierce ("Goodbye Johnny") serve to remind us just how lucky we are to have Bobby Gillespie around.

'Cause when you sit around at night trying to split the difference between your Curtis Mayfield and Velvet Underground records, dreaming of what you'd do if you had the resources and the drive to make the album of your dreams; a record that somehow represents every damn thing you love… along comes More Light to inform you it's alright, it's OK, Gillespie's got it covered. And in this case, beautifully.