What is the greatest song by a Canadian artist ever? This isn't a rhetorical question (and it might not be a grammatical one); it's something that's bothered me since reading Rembert Brown's amazing rundown of the best Chappelle Show sketches, which used a bracket format to pick a winner. Would that format work for songs? And who but The Tyee would let someone undertake this kind of crazy endeavour? 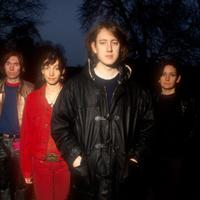 Those questions were mostly rhetorical.

How the songs weren't picked

Originally I thought I'd just go by the best songs from the 64 all time best-selling Canadian albums, until I had a look at those albums and discovered that, as a country, we have pretty questionable taste in our own music. Take a look at the top 10 of all time, by any artists:

With all that's missing from that list the one that stands out the most to me is Alanis Morissette's juggernaut, Jagged Little Pill, which sold well over 30 million copies worldwide. But maybe it suffers from having come out in 1994 -- six of the top 10 were released in 1997, including the top two. I'm no mathemagician, but that seems statistically unlikely. Could the possible answer be found in one of the following "regions"? (Spoiler: yes.)

How the songs were picked

Obviously in any list of the best anything, subjectivity reigns supreme. The following is not a collection of the most popular, the best-selling, or the greatest to yell at a hockey game. Instead, each region of 16 has its own internal logic with which you will undoubtedly disagree, but then half the point of doing this at all is to get people to submit their own ideas. And so, without further ado...

There is a rather massive problem with this list. ("Just one?" I hear you saying. Ha!) All the songs on here are in English. Obviously that omits a ridiculous amount of music, and so the title should more properly be "The Greatest Canadian Song Ever in Canada in English as Picked by One Person." But I think we can all agree that's a crap title.

Round of 64: The Sean Minogue region

Named after the writer, playwright, and my former co-worker, Sean Minogue, for the simple reason that his was the first name I thought of when I was wondering how on earth I'd pick 64 songs. Sean listens to more Canadian music than anyone I know and he's from Ontario, two factors that I think are essential.

How certain is he of this list? When I asked him if he wanted to make any changes, he said:

"You can't ask me that! I'll keep second-guessing myself for years! Dammit. Just take it. Take your damn list. Wait. Is there one that shouldn't be on there? Did I miss something? I KNOW I MISSED SOMETHING."

So named because she's not on this list, and I'm guessing she'll be the most controversial absence. Why have I left off Anne "Snowbird" Murray? I honestly couldn't tell you, except that doing it felt right. She was the only one of the really, really obvious names that didn't scream at me to be included, mostly because I never, ever listen to any Anne Murray. Sorry, Anne.

An entire region of female artists might seem unfair since, according to bracket rules, only one of them can survive to the final four. But since that's the point of a bracket anyway, I don't feel that bad. And to make it even more fair, I've decided to go cross-region and pit them against Sean's list.

Originally I was going to have one with nothing but Joni Mitchell songs, but that didn't seem right for a variety of reasons. And then I remembered that period in the '90s, from say 1994 to 1998, when the North American airwaves were absolutely dominated by Canadian female singers. From the aforementioned Alanis to Shania, Celine, and Sarah, Canadian women claimed the middle of that decade so completely that they won the Grammy for Album of the Year twice. It might not have been the greatest artistic output in our young country's history, but it was certainly the most popular (See: previous top 10 list).

*Yes, both of these are bands. And yes, I am okay with that.

Next time -- the other two regions and the tournament begins!