I spent half of 2012 thousands of kilometres away from my wife, and as a result became very fond of sad music. Very, very fond. So even though Regina Spektor's What We Saw from the Cheap Seats came out two weeks after we were reunited, it ended up resonating with me throughout the summer and seems an apt place to start this year in review. 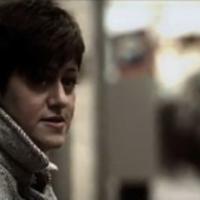 In many ways "How" is an atypical Spektor song -- it features none of her trademark scattershot piano, creative syntax, and chanted repetition. The lyrics are borderline maudlin by her standards, all how can I forget your love, how can I never see you again, etc. But you need all of that syrup as a setup for when she hits you with possibly the most devastating love-song lyric of all time, one that's as dense as a zen koan and hits like a cresting tsunami:

You are a guest here now.

If you can read that line, or, better yet, hear Spektor softly trail off at "now..." and not get a little choked up, you're made of sterner stuff than me. The idea of a loved one suddenly being reduced to a tourist is such a dense image that it dominated my thoughts for months.

I know what you're going to say. Oh sure, choose Grimes' Visions now that Pitchfork names "Oblivion" the best track of 2012. Well, allow me to retort. I wrote about the young Miss Boucher over two years ago, and was already onto her future career as a musical auteur:

"Grimes may not have mastered her craft just yet, but any growing pains still left for her are not evident in the songs. Instead, you hear an artist unafraid of limitations."

But for me Visions takes the top spot not on the strength of its songs, which are all very good, or the compelling nature of its songs, many of which are pure ear candy. No, for me Visions takes the top spot because more than any other album to come out of Canada since Arcade Fire's Funeral it is possibly the best representative of a new type of music or even genre. Visions sounds like where music is headed, and it's being taken there by a Canadian.

In 2012 a prominent R&B singer wrote a love letter on his blog to a man, and the internet promptly exploded. For me, nothing defines contemporary music more than that sentence, and Frank Ocean's channelORANGE is by leaps and bounds the album of this recently passed year. Nevermind the sheer hutzpah of directing many of his songs to an unnamed male object of affection -- Ocean's musical inventiveness and lyrical experimentation place him at the very top of an impressive heap. Put simply, he's just trying to do more than everyone else, and by and large he's succeeding.

Choosing one song is nearly impossible, but if you only give Frank Ocean one shot make it lead-single and shot across the bow of contemporary pop culture "Thinkin Bout You." Built on a swell of strings and an absolutely devastating falsetto in the chorus, "Thinkin Bout You" just makes all other musicians seem lazy. And if this is where popular music is headed, we're in for a very interesting 2013.