Only the most masochistic of music fans would dare delve into every new yuletide album. 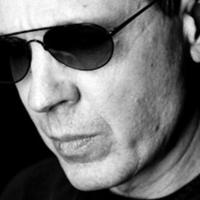 Scott Walker's Bigger than the Beatles

The finest of the class of 2012, however, is one of its most reserved: Tracey Thorn's Tinsel and Lights. It's a compelling and simple set from the former Everything But the Girl singer, and, unlike, say, Sufjan Stevens' hefty five-disc Silver and Gold, it's a holiday LP that's easy to cozy up to.

While mostly made up of covers, the outing offers up two new tunes from Thorn, the first being heartbreaking-but-hopeful opener "Joy." This minimalist, piano-driven number starts off a little blue, with Thorn hinting at the darkness that comes with age, and how it sometimes threatens to overshadow simple joys like the love for a Christmas carol. That said, she humbly implores us to live in the moment, singing: "We'll gather up our fears/And face down all the coming years/And all that they destroy/And in their face we throw our joy." Thorn's other original is the title cut; a winter waltz that remembers stolen smooches, shimmering diamond-cut snowflakes, and a few martinis.

On top of those new tunes, Tinsel and Lights offers up some wonderfully unorthodox covers. These include a take on the White Stripes' Elephant cut "In the Cold, Cold Night," which despite its shivery subject matter, positively sizzles with a slinky jazz-pop arrangement. Slow-core greats Low receive a synth-and-drum machine tribute to their "Taking Down the Tree," which features guest vocals from Scritti Politti's Green Gartside, whose own band gets toasted via a cover of their gentle and airy jangler "Snow in Sun."

Even surrounded by other left field picks from the likes of Sufjan Stevens, Magnetic Fields main man Stephin Merritt and Ron Sexsmith, the two more traditional tunes ("Have Yourself a Merry Little Christmas" and a bittersweet, brass-imbued attempt at Joni Mitchell's "River) still fit into the set nicely.

On top of the LP, Thorn has offered extra gifts in the form of an online advent calendar. Of the treats offered up so far, you can download an acoustic alternate take on "Joy," read an interview about the sessions with producer Ewan Pearson, and enjoy Thorn's personal recipe for a "deadly" cocoa-infused Yule log. There's still over a week to go before the big day, so there's plenty more goodies to grab yet. Following that, we're left with an album that hopefully sounds as crisp on Christmases to come as that eager first bootprint on fresh fallen snow.