This holiday season, there's little to entice super-fans to get out of the house and head down to the super-plex for a super-blockbuster. Once Tron: Legacy has come and gone, fans of the superhero genre will be relying on previously released films to entertain them over the Christmas weekend. But while the heroes of Hollywood's cinematic comic strips may save the world on occasion, how do they stack up at saving the environment? Turns out only a couple of comic book creations can rightfully say they put the green on screen. From worst to best let's look at five enduring heroes: 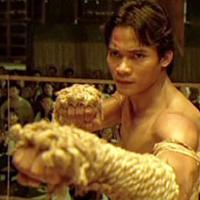 It pains me to say this, especially since my best Halloween costume ever was the Caped Crusader, thanks to some blue pyjamas, black gum boots, and a crafty mom who could sew the mask and cape, but The Batman is an energy hog. First, there's the car. And the motorcycle. And the jet fighter. All those toys that Jack (The Joker) Nicholson was wont to covet? Custom items and small production runs make it hard to amortize the energy invested in the original designs. Then of course there's the high-consumption lifestyle required to maintain his Bruce Wayne alter-ego. To his credit, outside of a trip to Asia for Christian Bale's proto-Batman in Batman Begins (2005), he doesn't seem to get out of Gotham much, so his travel footprint is relatively small. But the utility bill on a mansion and secret underground lair must be astronomical, an even bigger insult to Mother Earth when you consider Bruce Wayne and his butler Albert are the only people in the place. Note to the Dark Knight -- downsize.

Apparently the movie version of Tony Stark's suit is now powered by some mythical clean energy generator referred to as an 'arc reactor,' but historically it required an outside electrical source to charge it up. Unless Ironman has been buying offsets or getting his juice from Bullfrog Power, safe to say that marvelous metal garb is, in reality, coated in crude oil and coal dust. As with The Batman, there's also the lifestyle issue. Millionaire industrialists aren't exactly known for turning down the thermostat and tending a backyard garden. Couple that with the fact he does a lot of his crime-fighting overseas and the Stark reality is one of energy gluttony. For me, however, the original film's biggest crime against nature was its popularity. It took me a while to remember if I'd actually seen it, then it all came back. Oh yeah, it was loud, facile, and gave me a headache. The sequel is even better? Your secret is safe with me.

Spins a web, like a spider can. But who cleans it up and what are the ingredients in that web? Real-world spider silk is no doubt biodegradable, but can we say the same for Peter Parker's crazy concoction? The official Marvel website claims it's like Gordon Campbell's fan club and dissipates in a couple of hours, but chances are the stuff is a mixture of BPA and used motor oil, with a hint of dioxins. My guess? Spiderman is arachnid non grata with the hazardous waste division of New York City's public works department. On the plus side, Spidey doesn't have a superhero-style vehicle, but his job in the print media and habit of spectacular feats right at deadline, necessitating extra editions, equals tons and tons of newsprint.

The difference between the 2003 Ang Lee-directed version of the Bruce Banner saga, simply entitled Hulk, and The Incredible Hulk, released in 2008? I can remember it was Ang Lee who directed the first iteration. And it rocked. No slight against the second version's star, Edward (Fight Club) Norton, but this is Jack's dissatisfaction with a reboot that couldn't hold a candle to the many-layered original. Nonetheless, both versions show the Hulk is green in more than skin tone. No gizmos, no extravagant personal life -- Bruce Banner is a big green leap away from Wayne and Stark's playboy ways.

Kudos to the 2008 reboot version for one thing however. Norton's personal commitment to environmental responsibility was also reflected in the production. The movie, shot in Toronto, relied on hybrid vehicles, low-sulfur diesel, locally sourced wood, and lots of little things that add up, such as issuing each crew member their own stainless steel mug. In fact, The Incredible Hulk became the first film to display the Environmental Media Association's Green Seal in its credits, for reducing carbon and waste during production. Plus, my favourite Twitterite, Feminist Hulk, promotes eco-friendly living and social justice issues with hilarious all-caps tweets.

Sure, the hero formerly known as Kal-El used a lot of energy coming from another planet, but hey, it was trashed anyway. He's got the zero emission travel thing down pat, and you never see Superman eat a burger, or anything for that matter, so don't be blaming methane emissions on the Man of Steel. Plus, as his chilly Fortress of Solitude clearly demonstrates, the heating bill at Clark Kent's modest Metropolis apartment is probably less than Lex Luthor spends on haircuts. As with Spiderman, the newspaper job counts as a demerit, but reversing the Earth's rotation, preventing two nuclear detonations, and saving California from sliding into the ocean in the first film (Superman -- 1978) and then topping that super-achievement in the 2006 film Superman Returns by hurling an entire continent made of toxic Kryptonite into space, has to make up for some dead trees. Bonus points; grew up on a family-owned farm, indestructible costume reputedly made from a 50/50 blend of hemp fiber and Al Gore's back hair.

So when it comes to choosing the most energy-efficient crime fighter, you don't need X-ray vision to see Superman takes the prize. That said, even the Canadian-made Krypton Kid is no match for the entertainment industry.

Hollywood pays lip service to green themes. But a closer look at the stories we see on screen reveals more hypocrisy than sustainability. Consumption in all its guises is glorified and the implicit message, that environmental responsibility is a boring pursuit, unlikely to deliver box office gold, only serves to further inculcate all of us against the very qualities and actions we should be embracing. Maybe it's too bad nobody is currently working on a movie version of The Monkey Wrench Gang and making direct actions the stuff of big screen adventures. Until then, I guess we'll have to console ourselves with the fact that at least The Green Hornet, scheduled for release in January 2011, features a hero who car pools, even if it is his chauffeur. But will they use the HOV lane?