Jostled by incoming and outgoing passengers at the end of the day, it seems that you have been standing forever in the packed bus. You glance at your fellow commuters talking, texting, napping, or staring out the window, and then look up. In the midst of the usual ads is a single poem, several lines of text on a white background. What's a poem doing there? And why? As the vehicle lurches along, you read it. It's a peculiarly private, intimate act -- this moment of pure attention. Another wave of passengers pushes you to the back of the bus. But the poem's invisible conduit to the conscious and subconscious can remain long after you disembark. 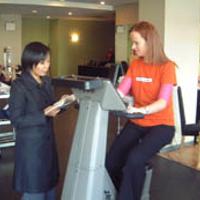 Why is Vancouver So Poetry Shy?

How did poems come to have a place on public transit in the city? The origins of B.C.'s Poetry in Transit can be traced back to London's Poems on the Underground program that began in 1986 with short poems or excerpts by established poets displayed in subway cars. Programs also sprung up in Paris and Dublin. Following their lead, Molly Peacock, president of the Poetry Society of America, worked with New York City Transit to develop their Poetry in Motion program. It debuted in 1992 with poems by Walt Whitman, Emily Dickinson, William Butler Yeats, and Lucille Clifton.

The award-winning New York program became a model for other public poetry programs on transit systems throughout the U.S. and Canada. As Peacock notes in her introduction to Poetry in Motion: 100 Poems from the Subways and Buses (New York, WW Norton, 1996), the poems were selected to stimulate, inspire, comfort and enchant: "Once marginalized, poetry has become a surprising cultural feast that invites everyone to attend, and the Poetry in Motion program has provided a banquet for millions. People of all ages, from teenagers to grandparents, respond to language that -- in its depth, truth and feeling -- gives them something to think about on the ride home."

Vancouver's transit poetry program commenced four years later. The founder of the B.C. program, poet Sandy Shreve, told me how the CEO of BC Transit had discovered the New York Poetry in Motion project while in that city and had wanted to start something locally. Shreve presented a proposal for administering the program to BC Transit and the Association of Book Publishers of BC (ABPBC), which was quickly adopted. With the first set of poetry cards in place in 1996, Vancouver was the first Canadian city to have an ongoing poetry program on public transit. Toronto's program started up shortly afterward. Other Canadian cities followed suit with the support of funding from the Canada Council for the Arts (Poetry in Motion in Calgary, Take the Poetry Route in Edmonton, Poetry in Motion in Winnipeg, Moving Write Along in Regina, Moving Words in Whitehorse, Metroverse in St. John's, Poetry on the Way in Toronto, Transpoetry in Ottawa, and La poésie prend le Métro in Montreal).

How the poems are chosen

In partnership with TransLink and BC Transit, the ABPBC produces 16 poetry cards annually featuring the work of B.C. authors and Canadian-published poets. A three member selection committee consisting of a B.C. poet plus representatives from Translink and the community choose 16 poems or excerpts of up to 14 lines from among about 100 or more poems submitted by publishers each year. Poetry cards are displayed on public transit in Vancouver for 12 months before they are disseminated to public transit systems throughout B.C. the following year, giving each poetry card a two-year shelf life. (The ABPBC has advised that there will be roughly half the total number of poetry cards displayed this year, due to the need to share advertising space with Translink's public art program.)

Margaret Reynolds, the ABPBC's executive director, informed me about transit riders who have been moved, touched, and haunted by the poems they've read on the buses and SkyTrain over the years. Some poems have had dramatic effects on people's lives. One transit rider described his epiphany after reading Mari-Lou Rowley's poem, "Red Dog, Grey Day":

"This poem changed my life. I was on the bus one day, strung out and high, my life was going down the toilet when I read that poem... Was I actually a 'dog without a leash' running down the freeway of life, perhaps down to Hades? Some call a thing like that 'a moment of clarity'. I put an end to many years of drug addiction around that time."

Romantic encounters have been facilitated by Poetry in Transit, including one inspired by a line in George McWhirter's poem "An Era of Easy Meat at Locarno" that referred to an eagle seeing a rabbit as a "fur hamburger": "(It) led me to a connection with another person... We both laughed, I looked into her eyes, it was love (okay, that may be jumping the gun)." Yet another couple met while discussing Catherine Greenwood's poem "Exile" on the bus. The poem was requested for the couple's wedding.

Founder Sandy Shreve talks about how often people come up to her to tell her how much the transit poems have meant to them. "One of my favourite stories is about how passengers on one bus burst into applause when a proud mother announced, 'That's my daughter's poem!'"

It's not only adults reading the poems. A marketing firm hired by BC Transit a few years ago reported that many teenagers specifically remember Poetry In Transit posters. Students have also directly written to the ABPBC, such as this first-year UBC student: "(This) is perhaps the best place for public discourse on poetry, because where else are people so disjointed... Where else is the conversive power of poetry needed more than in a place between, a sense of other, a world of in-between. So thank you for providing me with repose in my two-hour long commute to my first year of university."

The poems can also affect different generations at the same time. In her winning piece for the ABPBC's 13th anniversary Poetry in Transit essay contest, transit rider SheLa Nefertiti Morrison talks about how one bus poem inspired both her and her 92-year-old grandmother: "We both sat transfixed, rereading this dead-on portrayal of family strife and rock-bottom self-worth, child-style... For the rest of our trip, I felt something large and looming stir in me -- vaguely aware of the slumbering poet stretching and plunking her numb feet on the floor." Both she and her grandmother decided to resume writing (and publishing) in earnest.

I found out about the piece by accident when looking at a colleague's poetry blog. When I read the essay, I was shocked to discover that the poem referred to in it was one of mine -- "Camouflage," originally published over ten years ago. I'd figured the poem had been ignored and long forgotten. As a frequent transit rider, I had always sought out and read the poetry cards on the bus, but had never seen anyone else take notice of them. During the year when my first poem was chosen for B.C.'s Poetry in Transit program, I looked in vain for my own poem on the buses while commuting. Eventually I grew resigned, telling myself that no one would care even if they did read it. When I read Morrison's piece, it was a necessary reminder that poetry, like all forms of art, does matter and can make a difference.

There are many who might dismiss the value of poetry, probably due to the perception that poetry is irrelevant, too difficult or lacking economic value. They might have an actual aversion to it, resulting from post-traumatic stress caused by being forced to scan or analyze 18th century poetry until all its juice and passion was drained away. I've seen that barely disguised panic come into the eyes of those who say that they "don't get poetry." However, people turn to poetry during the most significant times of their lives -- graduations, weddings, funerals, times of war, and national crises. (For example, in the U.S., W.H. Auden's September 1, 1939 broadcast during 9/11.)

Public poetry programs in cities all over the world address that fear of "difficult" words by providing accessible, enjoyable, meaningful poems. They also address a hunger for nourishing words that connect us to nature, to other human beings, to our deepest fears or dreams, and ultimately to the truest parts of ourselves, to make us feel, grow and think rather than just consume.