Every time I see a Sex and the City 2 poster, I feel like throwing up. It's not just the aging Barbies' dress-up routine, nor the gross, grasping, naked greed of the thing. More gewgaws, more men, more babies, more stupid shoes, more everything! The fact that the film has been almost universally condemned is actually rather heartening. I did actually try to watch it and gave up midway through in nauseated horror. 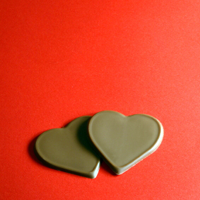 Is Chocolate Better Than Sex for Women?

In Sex and the City 2, Mr. Big has morphed from a rather caddish predator into something approaching a defanged, declawed lion. It is a sad sight to behold. In his original depiction, he was actually something of an asshole, creepy, self-justifying, more like a real person. But then again, Carrie Bradshaw was also a bit of a jerk, not a treacle-sweet stick figure in a turban.

It's worth reading the original columns that feature Big and Carrie's romance because it's not really all that romantic. Mostly it just sounds awful. To wit: "She hadn't expected to break up that weekend. She was expecting to remain in a holding pattern. Hating him, loathing herself. Going through the routine motions of the relationship."

I don't like the whole SATC phenomena, not just because they are terrible movies, but because they make me feel alone. Everything seems so easy in this movie -- family, friends, fashion and especially love.

But the original intent of Candace Bushnell's column was to parse out a particular flavour of loneliness in the city: that love often fails, disappointment is to be expected, and it's best to take it with a good dose of irony, and a lot of alcohol. The original material was, whatever its limitations, adult, and not just in the sexy sense of the word.

Bushnell introduced her column with the following paragraph: "Sex in New York is about as much like sex in America as other things in New York are. It can be annoying; it can be unsatisfying; most important, sex in New York is only rarely about sex. Most of the time it's about spectacle, Todd Oldham dresses, Knicks tickets, the Knicks themselves, or the pure terror of Not Being Alone in New York."

You will notice that final sentence is in capitals, like a true title.

Loneliness is almost a taboo subject. Little discussed, hidden, shameful almost. But if you are single in the city, it is a common currency, shared equally by men and women.

Madly off by yourself

Emily White's recent essay in The Guardian was revelatory simply because she admitted what so many people feel.

White's book is about what happens when loneliness takes on a life of its own, becoming almost a form of madness. I can attest to the fact that loneliness can make you do crazy things, but I am not alone in this. I know many women, a few men as well, in almost exactly the same position -- self-contained, independent and managing just fine by themselves. Apparently. But unlike the paper dolls that only exist in the movies, they are dying of loneliness.

All these people in the same state, smart, competent, and alone. Is it a phenomenon? Who is to blame, exactly? It is the fault of the feminists, the misogynists, the Internet, The Tea Party idiots in the U.S. crowing their Ayn Rand-tripe about the triumph of the almighty individual? Or are the movies to blame? Damn romantic comedies with their stupid happy endings and no limit credit cards.

Humans are, and always have been, social creatures, defined by their social interactions. Looking for love is pretty much the same grind that it always was, with a few new kinks thrown in. In the intervening 15 years that I've been out of the game, the Internet seems to have changed everything in terms of looking for a romantic partner. I don't know whether this is good or bad. Mostly it is just depressing.

Every time I look at online dating sites, I am defeated by sheer numbers alone. It's like trying to pick one blade of grass over the other, a random and meaningless process. The endless parade of faces and glowing descriptions of characteristics, hobbies, inestimable qualities, men posed in front of motorbikes, speedboats or in remote corners of the globe. The amount of terrible spelling is often jaw dropping. The specificity of any one person is drowned by the sea of faces. Why would you love this one and not that one?

Are we all pretty much the same? All simply wanting someone to notice how unique and special we are. In the meantime, everyone busily pretending that life is great, rosy, awesome. The perfect shell of another life, simply waiting for a pair of scuttling ragged claws to inhabit it fully.

My point is, is it better to be known than loved? Ideally both, you might say. But more often people seem to be opting for the first category. This is the easiest part. When you first meet anyone you break out your big guns, you're as charming as can be. Full of sweetness, all your jagged edges tucked away. This isn't necessarily lying, more like editing. All your bad habits, bad grammar, you carefully omit, projecting only the best version of yourself.

Since there is no longer a village, no local stories by which to gauge a person on his or her entire life history, entire family's life history, you can be anyone you choose to be, entirely self-created. That's easy enough in the warm glow of your computer screen, but in real human form, people are often as awkward and clumsy as seals on land.

Maybe we need to take a page from the younger generation, and simply not paste morality onto what is really a purely physical thing. You don't cast aspersions on people's need to breath, or pee. But when it comes to sex, things get so complicated so quickly. Is there a way to make that less so?

Whenever a new man, cast out of marriage or a relationship, re-enters the sexual marketplace, there is a scramble. My sister calls this "sport fucking," but the term gives me this yawning sense of despair. Perhaps there ought to be a service. A rental office, a Marcia Brady party, where you bring your cast-off clothes, the things you no longer want anymore, hold them up for the assembled women, and say, "Who wants this one?"

Looking for love sometimes feels rather like a large and elaborate game of musical chairs. When the music stops, there is a mad scramble to find a chair, plop your bum down and stick fast. If you get up in the middle of the game and wander away from your chair, someone else will grab it, even before the heat of your body has lifted.

I can understand why people simply opt out, start gardening, or obsess over their cats. After a while, the idea of flirtation, seduction all the work associated with being charming seems like too much effort.

But when you're tired of running in circles and you just want to sit down and there aren't any chairs left, what you do then? Sit on your cats? Buy more shoes? Drown yourself in stupid movies? Or slip underneath the water till human voices wake us?