Thanks for tuning in to our live Hot, Hot Housing chat last week!

It was our first time giving Twitter Spaces a try and we were so glad to see that 180 readers joined the conversation on May 31 between our two Tyee housing reporters — Jen St. Denis and me, Christopher Cheung — and hosted by social media manager Sarah Krichel. It was a warm reminder of the in-person events The Tyee used to host before the pandemic.

It’s been three months since we launched Hot, Hot Housing, our reported column on the housing crisis in Vancouver and beyond. We publish a story every Friday, just in time for you to read and regale your friends at the weekend barbecue with thrilling facts about land registries, tenancy regulations and David Eby’s housing “boogie man.” Popular you!

We’ve got another three months to go. Our column will continue to run every Friday until September, when the municipal election campaigns kick off. We hope our stories will help you consider the candidates with a critical eye.

During our live event, we reminisced our first housing stories, Jen’s on a $2.8-million West Van teardown from 2012 and me on Vancouver’s Oppenheimer tent city from 2014.

We especially enjoyed all the thoughtful housing questions that rolled in. Here are our answers to several.

The Tyee: View cones, yum! In case you don’t know what they are, cities establish view cones as a way of protecting vantage points for all to enjoy. Vancouver’s view cones were established in the late-1980s after residents indicated in a survey that they wanted views of the mountains protected. This means that developers can’t build their towers too high in certain vantage points if they block the view of the mountains.

With regards to the question, it’s true that many of the neighbourhoods like Fairview and Mount Pleasant that “host” view cones are home to people with higher incomes than the average Vancouverite. However, these are also neighbourhoods with assets and destinations used by visitors that live elsewhere — such as city hall, the seawall and the Cambie Bridge. I don’t live near a view cone, but I do love the view when I’m in one!

One more fun fact for you. The city does allow a tower to “pierce” a view cone if it is deemed that it complements the skyline and mountain views. The twisty Vancouver House is one recent example of one that passed the test. But another downtown tower that looked like a pile of Jenga blocks did not!

@_jackiewong: Many of us who have rented in old apartment buildings in Vancouver know about the “unicorn” rentals that have become a bit of an urban legend: apartments renting far below market rates in which the residents are paying $1,000 for a two-bedroom apartment in Fairview (my old apartment that I lived in until mushrooms sprouted in the bathroom and the walls rippled with bubbles from the rain) or $700 for a one-bedroom in the West End (our friend's dad, holding on for years while construction happens around him). These rents may seem out of this world. But they're also what people can afford. What do you make of that?

You get $100 off per month for each new mushroom you find. Just kidding!

Those rents seem low by today’s standards because those renters signed leases dating back 10, 20 and 30 years. They only increase by the percentage the province allows each year, based on inflation, which still isn’t enough to bring them to the average market rents today. (One Tyee reader told us she’s lived in the same Fairview apartment for 31 years! Her lease is older than me!)

The Vancouver Tenants Union has been speaking a lot about this, saying that landlords have a financial incentive to find ways to evict these long-term tenants because they are paying less than a new renter would today. The tenants union’s suggested remedy for the province is to tie rent control to the unit.

@whiten0iz: Does anyone know what the ACTUAL wait list is like for BC Housing? I've heard some people say as long as six years for Vancouver.

Back in 2020, Jen heard some bad news from the director of housing services at the region’s YWCA, who said that the wait had become “indefinite.”

@jhwfung: Why is it that every housing solution seems to hinge on a billionaire developer profiting off it?

We’ll share an answer from the University of Toronto’s housing prof David Hulchanski for this one. In Canada, we have a largely deregulated housing market that makes up 96 per cent of housing stock. That means the majority of residents looking to rent or buy will have to go to that commodified market. Only four per cent of our housing is social housing.

@nearandabroad: What is the status of the Little Mountain lands? 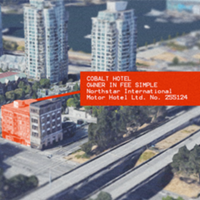 Who’s Your Landlord? Use Our Helpful Guide to Find Out

There’s finally some action on this. The long-delayed redevelopment of the site — which involved a $211-million, interest-free loan offered by the BC Liberal government to developer Holborn, known for Vancouver’s Trump Tower — was jumpstarted last fall. The province signed a new agreement with Holborn.

Sixty-two units are now due for completion in 2023 and the remaining 167 by 2024. Redevelopment began back in 2009 when the original social housing complex was torn down.

If you pass by the site today, you’ll notice developer Holborn has put up a poster that says: “Great stories take time to write.” Hmm…

We hope you continue to follow along with our column!

Remember, if you’ve got housing stories of your own — whether it’s market hijinks, tenancy horrors or survival tips — you can email us at housing@thetyee.ca. We’d love to hear from you.

One final thing. You may have noticed that you can read all of our journalism without a paywall. The Tyee is grateful to our monthly Builders, who keep the publication accessible to everyone. If you feel like chipping in, we’ve got a campaign going on until June 13. You can learn more at support.thetyee.ca.

* Story edited on June 24 at 1:29 p.m. to update the number of people on BC Housing’s waitlist. The number that previously appeared in this story only applied to seniors.