At a March 5 rally in downtown Vancouver to support Ukraine after the country was invaded by Russian forces in February, MLA Brenda Bailey promised the gathered crowd that B.C. would be able to help the federal government in enforcing sanctions against Russia.

“We have a system in British Columbia where it’s impossible to hide land holdings behind secret corporations and offshore companies,” Bailey said.

“Because we have this program, we’re able to identify Russian oligarchs and the money they hold here in British Columbia.”

Land ownership transparency has been a hot topic in British Columbia for years, with much of the focus on the owners of multimillion-dollar homes who shield their identities by using holding companies or offshore trusts or companies located in tax havens.

There was also the revelation that billions had been laundered through B.C. casinos for years. A hard look at the province’s real estate sector also raised alarm bells about the potential for dirty money to flow undetected through condos and houses.

Issues like money laundering or sanctions against Russia make for a sexy headline, but many people living in British Columbia need to be able to find out who owns property for more down-to-earth reasons.

Renters who live in apartment buildings may want to find out who owns their building after it changes hands, or if their landlord is trying to evict them because the landlord or a family member of the landlord plans to live in the unit — a reason for eviction that is often abused. Or perhaps you’re a homeowner building a laneway house in your backyard, and you need to find out who owns the property beside you for legal or logistical reasons.

But the steps to find out who owns a property can be confusing. Here’s our step-by-step guide for how to get the information — and how a new registry could help shine a light on who owns property in British Columbia.

How to find out who owns your building

Say you live in an apartment building. You’ve lived there for a few years, but now the building has been sold. Who is this new owner? Do they have a history of trying to evict tenants to renovate? What can you expect? Here’s how to find out who owns your building.

The first thing you need to find out is the parcel identifier number for your building, known as a PID. To find the PID, go to the BC Assessment website. Type the address of your building into the search field. The search results will show you lots of interesting information, including how much the building is worth, when it was built and whether it was sold in the last three years. The PID number is listed under the “Legal description and parcel ID” section.

(Pro tip: you can register for a free account on the BC Assessment website and see more information, such as a graph outlining how the value of the property has risen or fallen over the past 10 years.)

Now you need to get the land title for the property. Warning, this costs money, but if it helps you avoid an eviction or get a head start on searching for a new apartment, it’s worth it. For this step, you’ll need to create a free account on the website for the Land Title and Survey Authority. Under the myLTSA section, you can click a link to register for an account. Choose the Explorer account if you’re not planning to order that many titles.

After you create your Explorer account, you can now order a title. In the myLTSA search page, enter the PID number. You need a credit card to pay the $12 fee. You’ll then be able to download the title for the property.

For some properties, this is the last step. The owner of the property and their address will be listed on the title. But most apartment buildings are owned by a company, often a holding company that has specifically been created to own that specific building. If this is the case for your building, you need to do one more step. And yes, it’s going to cost you.

To do this next step, reporters and other professionals who need to frequently access government records use a database called BC Online. It’s an outmoded and painful system that, thankfully, will be upgraded soon.

Once you have the B.C. company summary document, you’ll be able to identify the company’s directors and their addresses. For most properties that are not held with very opaque structures, this should be the last step to find out who controls the company that owns your building.

James Cohen, the executive director of Transparency International Canada, said there’s many reasons the Canadian government should focus on making it easy to find out who is behind companies that hold properties or do other business.

In a 2019 report, Transparency International Canada pointed to the example of a Russian oligarch the Canadian government alleged had ties to organized crime, money laundering and corruption. The man owned over 100 rental properties in Ontario through “an Ontario-registered shell company.”

Making corporate and real estate ownership more transparent would also help prevent fraud, and “just make business easier for Canadian companies, especially small companies that do not have the giant due diligence budgets that some companies have,” Cohen said.

“Right down to the average person to find out who they’re doing business with or who they’re renting from.”

The B.C. government has created a new land ownership transparency registry, with the aim of showing who is the beneficial owner of a property — that is, the person or persons who will benefit when the property is sold. The registry will also identify everyone with a corporate interest in a property. But that registry is still not fully populated because the government has delayed the reporting requirement to Nov. 30, 2022.

The general public can use the new registry to find useful information, said Ron Usher, the general counsel for the Society of Notaries Public of BC, although it costs around $7 for each search.

“You can do a search on the site with the parcel identifier, and that will show you some information about the company,” Usher said. “There is a transparency report associated with it.”

But governments, law enforcement and the Canada Revenue Agency will have access to much more information through the registry to use in investigations that may involve fraud, money laundering or tax evasion. 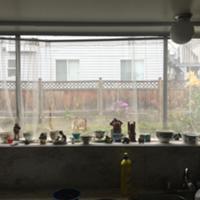 I Got Kicked Out of My Rental. Now What?

To prevent people from being able to hide behind layers of companies, Cohen said, all provinces in Canada need to create similar transparency registries for corporations. The federal government has proposed to create a public beneficial ownership registry over the next four years, but companies can also be registered in each province. B.C. has announced the creation of a corporate registry, but it won’t be in place until 2025.

As for Bailey’s promise to Ukrainian Canadians that the B.C. government can help track down Russian nationals who are subject to anti-war sanctions, the province’s new land ownership transparency should work to “get you through the Canadian steps of layered companies,” Cohen said.

“And if they've asked for enough information, far enough back in the layering of the process to verify who the ultimate person is and not just a company behind the Canadian company, then hopefully you can find out that true person then match them to any sanctions lists.”