A proposal to replan the far reaches of the city for rental housing finally lands on council floor for public hearing today, Nov. 2. It has a seemingly benign title:  A Bylaw to amend Zoning and Development Bylaw No. 3575 Regarding Residential Rental Tenure in C-2 Districts and New Residential Rental District Schedules.*

But as the map below shows its impact will be felt citywide. Zoning rules for grey, pink, blue and light blue areas are to be changed to allow the building of new rental-only buildings and thus with limited public input. Proponents of the planned change say it will ease the affordability crisis in the city, providing enhanced rental options across the city.

The presumption is that by increasing rental stock all along the shown routes rents will drop to affordable rates. But will they?

Based on recent land sale activity there is reason to be skeptical. Two recent examples should give us pause. The first land offering was put forth as an opportunity for land assembly at Dunbar Street and West King Edward Avenue — the joining of adjacent parcels often is a requirement before larger projects can be built. The sale saw a doubling of land price over assessed value from around $2.5 million per plot to about $5 million per plot.

I previously showed how at these land prices it would be impossible for a developer to provide affordable housing for households making average city wages and below and not go broke in the process.

Key to providing affordable market housing rents is finding cheap land (as Marc Lee's Canadian Centre for Policy Alternatives study has shown). But in the case of the example at Dunbar and West King Edward, we see that the city’s attempt to promote affordable market rental is somehow producing a counterproductive effect on land prices, doubling them in anticipation of medium density market rental. At these land prices rental rates will need to be set at nearly double the rate that is affordable to the median incomes of the city's current renters.

A second example is even more instructive, albeit discouraging. A lot at 2109 W. 35th Ave. was rezoned for purpose-built rentals. Vancouver staff supported the application, stating, “If approved, this application would contribute to citywide goals for the achievement of key affordable housing goals of the city.”

Council dutifully passed the zone change in July 2018. Sadly no building was built. Now we find that the still empty parcel has been flipped for $5 million, well over double its assessed 2021 value of approximately $2.12 million. The listing mentioned that the parcel was “close to getting development and building permits” for purpose-built rental. Here again the benefit of the zone change for purpose-built rental went not to future moderate-income city wage earners, but to land speculators, who built no building but rather secured a zone change on the promise of affordability that simple economics can’t support.

Just the land price component for each of the project's 12 units will be nearly $420,000. Assuming average construction prices add a minimum of $350,000 more for that and a single unit is pushing $800,000 in costs. Add in return on investment and interest charges and the minimum rent would have to be over $3,700 per month for a two-bedroom apartment. 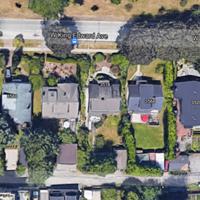 Will Speculators Feast Thanks to Vancouver’s Council?

Now city staff and their consultants have informed council that they do not believe this massive citywide zone change will inflate land prices. Maybe so. But these two examples don’t provide much comfort.

I would hope that council would insist on proof that their citywide rezoning will actually provide the affordable rentals promised. And do so fortified with "comparables” — actual sales where land prices stayed stable after this kind of rezoning and where eventual rents went down in the way they are promised to do. In my own search for such evidence I have been disappointed.

As a result, I have, with some reluctance, concluded that we should not simply rezone for affordability but insist on it. If the goal is to house wage earners of average means, our young service workers and their families — people necessary to the civic and economic functions of the city — we must demand affordability as a condition of rezoning. In so doing we’ll be joining other municipalities doing just that. One is Cambridge, Massachusetts. Another is Berkeley, California.

The importance of this motion cannot be overemphasized. In effect this proposed bylaw change, in combination with the Broadway plan, probably predetermines the density, tenure and affordability of most of the city. If this is true, what then is left for the city to decide in its ongoing $18 million citywide plan, three years in the making?

Providing affordable housing is the existential need in our city. Our service workers, many of who are our sons and daughters, are being forced out of this city in droves. This Trojan Horse of a seemingly technical change will, if passed, benefit mainly the land speculator, whose pockets are already stuffed to overflowing.

Our housing crisis and accompanying urban land value inflation is far worse than experienced by either Cambridge or Berkeley. We should do no less than what they have enacted, and find a way to stream land value gains into affordable homes for those who need them.

* Story changed on Nov. 2 at 12:28 p.m. to reflect the writer based his commentary on outdated materials, to which Vancouver planning staff made revisions on Sept. 2. The relevant map was also changed to reflect this. The Tyee regrets the error.