Let’s call Premier John Horgan’s forest policies what they are — a colonial defence of talk and log and a moral failure to protect the province’s remaining old-growth forests.

Horgan has sparked a brutal new war in the woods by denying two realities: our forests have been massively overcut for little added value, and we are now nearing the long-predicted end of our old-growth forests.

In this regard Horgan and his government share with Brazil’s Jair Bolsonaro a disregard for the value, work and beauty of primary ancient forests.

For more than 40 years now I have fought to save ancient complex forests from corporate chainsaws on Meares Island, and later Clayoquot Sound, South Moresby/Gwaii Haanas, the Khutzeymateen and more.

I did so because I saw these forests not solely as a source of giant trees, but also as groundwater regulators, carbon holders, medicine makers, water filters, biodiversity bankers, fungal communicators, salmon guardians and rainmakers.

We won a few battles, but we never saved enough ancient forest. After every protest, the government dutifully promised to reform the industrial logging system. And then the clear cutting of ancient forests resumed.

Under Horgan, the deadly game continues. After some 200 arrests at Fairy Creek, the premier now promises to defer logging on “part” of that timber licence and in the Central Walbran Valley on Vancouver Island. But that part is less than one-sixth of one per cent of the forest that needs protection provincewide.

B.C. has the nation’s richest biodiversity, containing 50,000 species — everything from ferns to fungi. Our forests nourish much of this diversity. Without that diversity the forest perishes and there remains nothing “super, natural” about this place.

But as these primary forests disappear into two-by-fours, wood pellets and raw log exports, B.C. is now seeing not only an extreme loss of species but the risk of multiple extinctions.

Salmon numbers have dwindled because they spawn in the headwaters of B.C. rivers where they need forest-shaded and sediment-free water. The health of our wild salmon and the integrity of our forests are one and the same.

It took 150 years to get to this reckoning. But the most extreme damage to once-bountiful forests has all happened in the last 70 years. 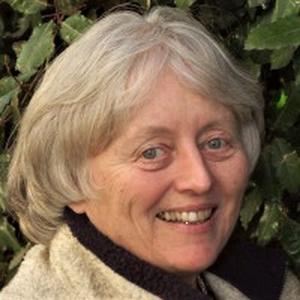 Long-term conservation advocate Vicky Husband writes in this piece that the BC government ‘offered the Pacheedaht no other economic alternatives or ecological choices other than logging their remaining heritage. Horgan has cynically called this political shell game "reconciliation."'

We liquidated ancient forests that are hundreds, even more than a thousand, years old, to “build the province” and export fibre. As the companies and machines got bigger, the primary forests shrank, rural communities began to grow poorer and fish and wildlife populations declined.

In this reductionist scheme, the government gambled that uniform tree plantations could replace complex ecosystems. These second- and third-growth forests aren’t as diverse or valuable, and now we are hunting the last great trees like buffalo.

Throughout the Fairy Creek blockade, Horgan has noted the Pacheedaht Nation supports logging in the territory and had called on the protesters blocking roads not to interfere. Government defenders have talked about the nation’s forest revenue-sharing agreement, sawmill and tenure.

Green MLA Adam Olsen, a member of the Tsartlip First Nation, shredded those claims. In a statement, he wrote that nations like the Pacheedaht have little choice but to sign take-it-or-leave it agreements “that provide limited benefits, do not affirm the human rights of Indigenous peoples, or recognize their rights.”

Clauses in the agreement, he writes, commit the Pacheedaht to “not support or participate in any acts that frustrate, delay, stop or otherwise physically impede or interfere with provincially authorized forest activities.”

But there is a bigger problem with these colonial agreements. The government offered the Pacheedaht no other economic alternatives or ecological choices other than logging their remaining heritage. Horgan has cynically called this political shell game “reconciliation.”

All of my life I have supported Indigenous rights and title. But using First Nations’ rights as a weak excuse for logging the last vestiges of biological diversity in this province and removing our best defence against climate change is morally wrong. It is also an insult to First Nations.

Horgan has accepted the Pacheedaht call for a two-year deferral of old-growth logging in Fairy Creek. But the Squamish Nation has called for a similar ban in its territory, and others are expected to follow. We’ll see how far the government’s claimed respect for Indigenous rights extends.

During this latest war in the woods, Horgan’s government has been in denial about another fundamental reality: the declining value of B.C.’s aging forest industry.

Two decades ago, B.C.’s forest industry employed 91,000 citizens: today it employs fewer than 50,000 people. The industry accounts for a paltry two-per-cent share of GDP. Forest revenue is forecast at $1.1 billion this year, less than two per cent of total government revenues.

An analysis by Focus on Victoria magazine found that operating the Forests Ministry — managing timber sales, fighting wildfires, tree planting and other expenses — cost taxpayers more than $10 billion between 2009 and 2019. During the same period the industry produced direct government revenues of $6 billion. That’s appalling math, and even worse stewardship.

The industry has closed 100 mills since the late 1990s. And contrary to Horgan’s explanation, this has nothing to do with fires and pine beetles, but everything to do with allowing existing tenure holders to harvest too much wood, too fast.

Not surprisingly, the government, the steward of this grand mess, hasn’t even bothered to issue a report on the state and conditions of our forests since 2010.

Meanwhile, the government has allowed the export of raw logs to China, Japan and Korea to grow to an average of six million cubic metres. That amounts to the export of an estimated 3,600 full-time manufacturing jobs every year. 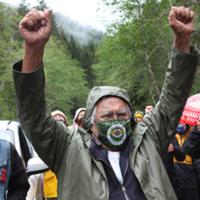 Unlike the industrial forest business, tourism generated $22.3 billion in revenue in 2019 and employed more than 130,000 people. The millions of visitors didn’t come here to view clearcuts, flooded valleys or destroyed salmon habitat. They came to see the very same “super, natural” beauty that the government seems dedicated to erasing on behalf of a few special interests.

The time for half measures, intentions and denial is over. British Columbians have spoken: they want to protect what few sylvan elders remain and end the destructive travesty in our forests.

The political tool is simple: a moratorium on the logging of the province’s remaining old-growth forests.

And while reducing the scale of the industry, why not create a special and innovative fund to pay First Nations and other communities to protect and monitor the health of our forests?

One obstacle remains: we must drag a premier stuck in a 19th-century culture of exploitation into the 21st century. It is time to manage our forests for the survival of all living things.