The nation’s auditor general Karen Hogan has given the Public Health Agency of Canada an F for pandemic preparedness. The highly critical 36-page report confirms what numerous critics have been saying for a year: that the agency didn’t have a coherent plan or an adequate data collection system to monitor a major disease outbreak.

Moreover, its once respected Global Public Health Intelligence Network, which has been monitoring global pandemic risks since the 1990s, totally failed to produce an alarm for COVID-19.

“We concluded that the agency was not adequately prepared to respond to a pandemic, and it did not address longstanding health surveillance information issues prior to the pandemic to support its readiness,” said the auditor general.

Canada’s failures mirror what many critics call a “total system failure” in public health throughout North America and Europe.

In contrast, many East Asian countries — applying the lessons learned from SARS — acted quickly and were prepared.

How to undercut a vital agency

Established after the 2003-2004 SARS outbreak in Ontario, the Public Health Agency was originally staffed and run by scientists. It’s National Microbiology Lab in Winnipeg contributed to the global fight against Ebola and other diseases, and was world-renowned.

But under Stephen Harper’s Conservatives, the government replaced scientific experts with political operatives and bureaucrats at the agency and other ministries. For example, it demoted the chief medical officer to the role of adviser and installed a president with no scientific background as head of the agency.

The Liberal government did not correct these changes or the trend to downgrade scientific capacity in the government.

Meanwhile some of the world’s best virologists left the National Microbiology Lab as a series of budget cuts and missteps beset the organization.

In 2019, the Liberal government further undermined the Public Health Agency’s pandemic mandate by neutering the role and function of Global Public Health Intelligence Network because the government no longer considered pandemics a real threat to national security.

The auditor general’s findings are not a surprise given that the agency has been beset by budget cuts, low morale and an active dumbing down of science and its pandemic mandate.

Canada’s poor pandemic performance was also marked by key resignations during the pandemic. The Public Health Agency’s president, Tina Namiesniowski, resigned last November. And the head of the National Microbiology Lab, Matthew Gilmour, abruptly left the lab last May during the beginning of the pandemic.

Earlier this year an Australian think tank rated the response of 98 nations to the pandemic, and Canada ranked 61 behind such nations as Belarus, Italy and Paraguay.

The auditor general’s findings indicate that the agency was so woefully unprepared that it didn’t put together a coherent plan to deal with pandemic until August 2020 based on experiences gleaned from the first wave.

Here are some of the key findings.

1. Caught flatfooted on surveillance. The agency was not adequately prepared to respond to the pandemic, “and it underestimated the potential impact of the virus at the onset of the pandemic.”

It failed to fix longstanding problems with its health surveillance information system, or what the auditor general called “outdated information technology infrastructure.”

The surveillance system failure dramatically affected the agency’s ability to collect critical health data from the provinces and territories in real time during the pandemic.

As a result, the auditor general “found that COVID-19 surveillance data from the provinces and territories was not provided within agreed‐upon timelines.”

“In our view, the lack of complete and timely surveillance data made it difficult for the agency to meet its two main public health surveillance goals during the COVID-19 pandemic: to detect and contain the virus and characterize the symptoms of the disease.”

Surveillance data collected from provinces and territories remained incomplete as of November 2020.

Canada has repeated mistakes on effective data collection: during the 2003 SARS epidemic, “an inappropriate information technology infrastructure had a negative impact on information flow and on the management of the outbreak.”

2. Failure to practice responses ahead of time. Prior to COVID-19, the agency did not complete a test of the efficacy of its Federal/Provincial/Territorial Public Health Response Plan for Biological Events. It was going to simulate the impacts of an influenza pandemic.

“In our view, if the agency had completed a national pandemic simulation exercise before the COVID-19 pandemic, it could have improved its understanding of provincial and territorial pandemic response capacity, ensured roles and responsibilities were understood among partners, and identified potential obstacles to a response.”

3. No plan until pandemic was six months along. As a consequence of these failures, the agency didn’t complete a plan for the COVID-19 pandemic until August 2020 or six months after the declaration of a global pandemic.

That plan, which apparently never considered “get-to-zero” elimination as a strategy, “provides an approach for managing COVID-19 in Canada until enough immunity is achieved within the population to bring the pandemic in Canada to an end.

4. No early alert. The agency’s Global Public Health Intelligence Network, whose job was to provide early warnings of viral trouble, did not issue an alert on COVID.

“We found that no alert from the Global Public Health Intelligence Network was issued to provide early warning of the virus. According to the agency’s criteria, an alert is to be issued for an unusual event that has the potential for serious impact or spread.”

Moreover, the auditor general found that the GPHIN had been discouraged from doing its job altogether.

5. Misreading the COVID-19 threat. The federal government has launched an independent review of the effectiveness of the GPHIN and its contribution to public health intelligence domestically and internationally.

The Public Health Agency had a model for doing 24-hour rapid risk assessments on novel pathogens, but it had never been formally evaluated or approved. It rated COVID as a low risk.

“We found that the methodology was not designed to assess the likelihood of the pandemic risk posed by a disease like COVID-19 and the potential impact were it to be introduced to Canada,” said the auditor general.

6. Not making sure health measures were followed. In terms of border control, the auditor general found that the Public Health Agency “did not always meet the targets it set to verify whether travellers subject to the mandatory 14-day quarantine upon entering Canada were following the quarantine orders” between March 31 and June 30, 2020.

What was needed from the outset

To gauge the completeness of the PHA’s failure and that of most western nations, consider the warning issued by pandemic and complexity experts Yaneer Bar-Yam, Nassim Nicholas Taleb and Joseph Norman on Jan. 26, 2020 after China had shut down Wuhan City to control its outbreak. 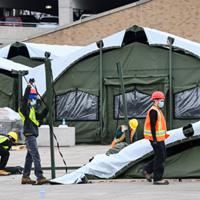 We Could Have Been Largely Free of the Pandemic by Now

Their policy note warned that global connectivity guaranteed rapid spread and that jurisdictions must move rapidly to contain the risk.

It warned that traditional estimates of viral spread were outdated because dramatic and “rapid increases in transportation connectivity” had changed the game due to unprecedented air travel.

It also warned that the potential of “contagious asymptomatic carriers” created more uncertainty and more risk.

The policy note concluded by emphasizing “the necessity of a precautionary approach to current and potential pandemic outbreaks.” Public health authorities, said the note, “must include constraining mobility patterns in the early stages of an outbreak, especially when little is known about the true parameters of the pathogen.”

Canada, Europe and the United States underplayed the risk and did not respond quickly. They were tragically unprepared.