COVID-19 has exposed deep cracks in employment protections for workers. This crisis has put long standing problems faced by workers into stark contrast. That the struggles of precarious workers are increasingly visible to the public presents an opportunity for change.

One of the key problems faced by workers is the lack of paid sick days. New research indicates that 58 per cent of workers in Canada lack employer-paid sick days.

We also know, according to the recent BC Employment Precarity Survey, workers in B.C. are more likely to have paid sick days if they’re in higher-paying jobs or are unionized (two-thirds of unionized workers reported having paid sick days). The lower your wage, the less likely you’ll have paid sick days. Troublingly, 89 per cent of workers earning less than $30,000 a year don’t have them. With many of the lowest paying jobs found in food services, retail, and care jobs, the absence of paid sick leave is an issue of equity and a matter of public health.

Prime Minister Trudeau recently admitted what we’ve known all along, “Nobody should have to choose between taking a day off work due to illness, or being able to pay their bills.” With pressure from workers, unions, advocacy groups, and the B.C. and federal NDP, the issue of paid sick days is on the agenda. The question is, what’s the best way to make paid sick days a reality?

Horgan has alluded to using the national employment insurance system for paid sick days. But making permanent changes to the EI system will take unnecessary time to develop and implement. And, if operated the same way as the current EI program, it would require increasing funding (currently employees pay 42 per cent of the insurance premiums and receive a benefit of only 55 per cent of their insurable earnings). Going the EI route would require an application process and leave employees not knowing if they’re entitled to the benefit on the day they fall sick. This won’t work.

There has also been mention of using the workers compensation program, administered by WorkSafe BC. However, this is an insurance program plagued by the same problems as the EI approach, but with additional restrictions. Currently, eligibility for WorkSafe benefits is limited to sickness or injury directly connected to the workplace. This approach won’t work either.

Here are our reasons why:

Employment standards are intended to provide legislative minimum standards to address the imbalance of power inherent in employment. These standards — including wages, overtime, and breaks — have become increasingly important to a growing number of workers. Just three in 10 workers in B.C. are covered by a collective agreement. The majority of workers, therefore, rely on employment standards to set a floor of work conditions.

Employment standards are especially important to those facing systemic barriers to unionizing. This includes migrant workers and undocumented workers, many of whom are right now working in essential jobs as cleaners, and health and care workers. It also includes those in restaurants and retail stores — jobs with a high number of young workers, racialized workers, immigrants, and women.

When the B.C. government introduced three days of unpaid leave for illness and unlimited unpaid leave for people who can’t work because of COVID-19, they did so through the Employment Standards Act. Why? Because if employers refuse to uphold these new rights there is an existing system to enforce them. We need paid sick days in the ESA to ensure the right to take a paid sick day is upheld. No one should face the threat of termination for calling in sick. 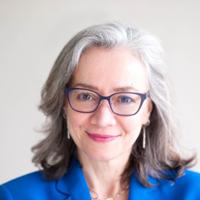 Some on BC’s Coronavirus Frontlines Face a Second Risk: Financial

To make paid sick days truly accessible — an imperative if we want the policy to work — people in lower-wage work must be able to take a sick day without it lowering their next pay cheque. Complicated applications with elaborate means tests will fail to give workers the confidence they need to stay home.

Finally, sick days belong in the ESA because employers should cover the cost. They are the ones responsible for providing decent work conditions. The pandemic has highlighted the need, more than ever, for workers to receive paid sick leave as a public health strategy, protecting both workers and customers.

Providing paid sick days through employment standards is the most practical, accessible, and efficient option at our disposal.

Employees must know when they wake up sick, they’ll get paid if they stay home, both during this pandemic and in a post-pandemic future.