The time is overdue for a judicial inquiry into the governance and methods of the Alberta Investment Management Co. Its sins, some accumulating for years, some freshly apparent, pose a danger to thousands of hardworking people who trust the agency to manage their prospects for security in old age.

AIMCo is the flashy manager of 31 pension, endowment and government funds including the Heritage Savings Trust Fund, which is worth about $18 billion.

Here are its seven costly sins.

1. A strategy that burned money

A “volatility trading strategy” can ruin an Alberta day as badly as any drop in oil prices. Last month, one such financial caper by AIMCo evaporated between $2.1 billion and $4 billion worth of cash.

That’s two per cent of a portfolio worth around $118 billion.

When the money disappeared, you could almost imagine fire and smoke billowing from AIMco’s elegant 17-floor retrofit of the old HSBC building on Jasper Avenue.

Except AIMCo didn’t report the fire. Or any smoke. That job fell to the Globe and Mail and a New York outfit called Institutional Investor. The Investor called the wipe-out “AIMCo’s $3 Billion Volatility Trading Blunder.”

That AIMCo was shy to report its problems should not surprise. In fact, it doesn’t even provide a public directory of its investments like, say, its counterpart the British Columbia Investment Management Corp.

3. A penchant for accumulating risky liabilities

A recent report by Progress Alberta, an independent non-profit, highlights all kinds of hidden risks in the corporation.

It details, for example, how the Crown corporation recently invested more than $1.1 billion in conventional oil and gas junior and intermediate producers and oilfield service companies such as Calfrac Well Services, Pieridae Energy, Trident Exploration Corp. (it went bankrupt) and Perpetual Energy.

These investments embrace a variety of risks because the province’s oil and gas firms typically hold more liabilities than assets these days.

To date, AIMCo’s beneficiaries have huge environmental clean-up liabilities worth $3.1 billion, which could eventually fall into AIMCo’s lap. And that means more risk for Alberta’s taxpayers.

Unlike pensioners, oil executives didn’t have to save any money to take care of their aging and uneconomic well sites because the Alberta government never required them to do so until their companies ran out of money.

The Progress Alberta document asks some sharp questions about investing in companies with more liabilities than assets: “What value is AIMCo providing to Albertans if its investments are enabling oil and gas companies to ignore their long-term environmental liabilities and instead dump them on the public? What value do Albertans get from extending or renegotiating the terms of another loan to a zombie oil and gas company with environmental liabilities it can never hope to pay?”

4. A obstinate no to mandated diversification of its portfolio

The idea was to direct AIMCo to invest a certain amount of the Heritage Savings Trust Fund in companies that would create new jobs and diversify the economy as volatile commodity prices pummelled the petro state.

But AIMCo interpreted the mandate as business as usual. Two-thirds of Alberta Growth Mandate investments went to an oil and gas industry already struggling with overproduction and low prices.

The report added that “every single publicly traded oil and gas company that AIMCo has invested in under the Alberta Growth Mandate has seen its share price go down since AIMCo’s investment, even before the COVID-19 pandemic.”

5. Thanks to Kenney, the grabbing of monopoly powers

Another risky and volatile development gripped AIMCo just before the pandemic. Out of the blue last year Premier Jason Kenney passed Bill 22, which forcibly put several pension funds such as the Alberta Teachers' Retirement Fund and Local Authorities Pension Plan under the control of AIMCo.

The bill, something from the nationalizing playbook of authoritarian petro-states, gives AIMCo a monopoly position in managing the funds. No client can leave AIMCo, regardless of its performance. In contrast, any pension plan can leave the British Columbia Investment Management Corp., the B.C. counterpart to AIMCo, so long as it gives notice.

As one pension fund lamented: “There is worry that the government may use its power to direct AIMCo to make investments with people’s pension money that are not in the best interests of the members of the pension plans.” No kidding.

The former NDP government of Rachel Notley had deemed AIMCo’s monopoly unfair in 2018, and offered clients some democratic choice. But Bill 22 reversed that decision.

Many AIMCo beneficiaries such as Calfrac Well Services and Perpetual Energy predictably give generously to Alberta’s United Conservative Party.

6. An evolution that most consistently rewards its managers

AIMCo’s recent screw-ups may well be a product of the culture, governance, compensation and performance of AIMCo since it was “corporatized” in 2008. Bob Ascah can tell you a thing or two about that. From 2009 to 2013, Ascah served as director of the Institute for Public Economics at the University of Alberta. The now retired economist also used to work for the Alberta Treasury Board and Finance, and wrote a paper about AIMCo’s origins in 2016.

In 2007, the Conservative government decided that the management of public pension funds needed a makeover. Couldn’t the Alberta Investment Management Division in Alberta Treasury get bigger and better financial results if it were magically turned into a major corporation with a fancy board of directors?

The proponents made the usual claims: the corporation would net higher returns with lower costs than a lowly government office. And so AIMCo was born in 2008.

Ascah fact-checked the claims against reality in his 2016 paper.

Better and cheaper never happened. He also found that the corporation hadn’t coughed up better returns for pensioners either. Compared to other funds, it did a middling job.

But Ascah did find one big change. “The major beneficiaries of the transformation appear to be the senior managers and particularly the senior executives of AIMCo, whose pay has increased significantly.”

When Premier Kenney ran for office, he didn’t offer any policies about centralizing pension management under one roof in his Alberta Strong and Free platform.

Now he is even ruminating about replacing the Canada Pension Plan with a provincial alternative under AIMCo’s control.

So where did the policy idea come from and who is it benefiting? Is the government preparing to use other people’s savings to support its ailing political supporters in the oil patch, who refused to save any money for well cleanups or price collapses?

Last year Keith Ambachtsheer, president of KPA Advisory Services and director emeritus at the International Centre for Pension Management, warned Alberta not to put all of its eggs in one basket.

“It is a simple diversification argument,” he explained. “If your underlying economy is to a significant degree dependent on the health of a particular industry that if you also put your retirement savings into that industry, it’s double jeopardy.”

Time for a judgment day

To date the brass at AIMCo don’t want to talk about double jeopardy and have only expressed repentance for the first of the sins listed in this article: the ill-fated volatility trading strategy.

The blue ribbon board of AIMCo, which is appointed by the government and does not include a single union representative on a pension, said,  “Markets behaved in a manner never-before-seen and the result was a very unfortunate loss.”

This week the board called in senior partners in KPMG’s “Financial Risk Management team” to provide an independent review. They also asked Barbara Zvan, former chief risk and strategy officer of the Ontario Teachers’ Pension Plan, to “share her considerable expertise and insights” on the matter.

But having peers review the questionable behaviour of peers isn’t a good idea if you're looking for accountability and transparency.

Everyone knows that asking a police officer to investigate another police officer’s conduct is never a good idea. Whenever one expert oversees the work of another expert, the truth rarely emerges and the experts get to walk away from their carnage like itinerant professional vandals.

Nicholas Nassim Taleb, an expert on risk and former Wall Street trader, says any business judged by its peers is generally going straight to hell.

And that’s why the performance of AIMCo deserves a public judicial review that aggressively seeks to protect the interests of AIMCo’s clients such as unions and employers, people who actually paid into the funds and have skin in the game.

Only a judicial review can ask AIMCo’s volatile financial experts tough questions under oath on behalf of the AIMCo’s captured clients: the pensioners dependent on 31 funds holding their rainy day savings. 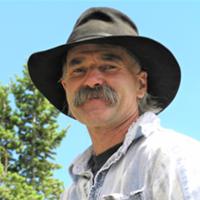 One of the toughest questions has to concern whether AIMCo itself has skin in the game. Do AIMCo’s well-compensated directors and board members lose money when their agency blunders, or do they merrily carry on without financial consequence with no duty of care to the clients?

In a little blurb on its investment philosophy AIMCo declares that it is a risk manager: “Our clients want rapid asset growth, but have a limited capacity to absorb downside risk. Risk is our scarce resource, to be deployed where it will earn the highest return.”

But risk can become unchecked when the risk traders have no skin in the game, and their clients are beholden to a monopoly. If you are an Alberta pensioner or a true conservative who believes in conserving savings rather than squandering them on corporate welfare and the politically connected, the time has come to demand a judicial review of AIMCo and all its costly sins.