When faced with uncertain risks, err on the side of caution.

That’s the “precautionary principle” and it’s as old as it is basic.

But it seems people at the Department of Fisheries and Oceans need a crash course.

Last week a federal court ruled that government’s non-testing policy for a highly contagious pathogen — piscine orthoreovirus (PRV) — contravened the Fishery General Regulations, made a mockery of the precautionary principal, did not honour First Nations rights, and failed to consider the health of wild Pacific salmon, whose stocks are collapsing.

The decision was the product of lawsuits brought against the Minister of Fisheries by wild salmon advocate and biologist Alexandra Morton and the ‘Namgis First Nation.

A few days after the ruling, the DFO responded with a technical briefing on the results of a two-day risk assessment for its PRV policy. The conclusion, an apparent justification for the continuation of DFO’s non-test policy, said, “The risk to Fraser River sockeye salmon due to PRV transfer from Atlantic salmon farms located in the Discovery Islands area is minimal.”

What the DFO didn’t add was that scientists can’t support this conclusion with any real certainty. The DFO claim was a bit like saying the risk to the residents of Vancouver of acquiring shingles is strictly minimal as long as you don’t include any data about the health of aging immune systems in seniors.

In the DFO’s case, the department knows diddlysquat about the spread of pathogens from fish farms to wild stocks or how they affect the health of wild Pacific salmon over time.

Every year the Norwegian Veterinary Institute releases a report on fish health for its industrial aquaculture operations.

It describes HSMI, the disease caused by PRV infections “as a significant problem in salmon farming.” With the exception of sea lice plagues, viral diseases “have the greatest effect on fish health in Norwegian aquaculture.” Even the industry rates HSMI as the “third most important disease of farmed salmon.”

Norwegian fish farms used to be required to notify the government about the disease, but that requirement stopped in 2014 because the virus had colonized fish farms all along Norway’s coast. There is no official control program.

Despite decades of fish farming, Norwegian researchers don’t know much about the impact of viruses on wild stocks which are declining. “Environmental change caused by spread of infectious disease from the farming industry may be used as an important sustainability indicator in the future,” said the report.

As in Canada, “Relevant knowledge and the research base is extremely limited.”

Different variants of PRV can cause different diseases in farmed salmon, including dark blood stains in Atlantic salmon; anemia in farmed coho and chinook salmon; and cardiac inflammation in rainbow trout.

The 2017 Fish Health report noted industry’s accepted strategy of just living with certain diseases such as HSMI had become problematic. “As fish production becomes more and more industrialized, this strategy becomes ever more fragile. This is increasingly clear in light of large losses now experienced during and following lice treatments. We need a robust disease-free fish.” –A.N.

Unfortunately, wild fish don’t have much choice in the matter since PRV-rich fish farms are located on their migratory paths. As a consequence, wild salmon are unwilling participants in a nearly two-decade long experiment with the intensive farming of Atlantic salmon, whose high population densities can change the evolution of pathogens.

As Judge Cecily Strickland pointedly noted in her ruling, the DFO even has a document admitting its ignorance on the matter: “In Canada and other jurisdictions, pathogen surveillance of wild animal populations is virtually non-existent and should be established. Without this knowledge, the extent to which pathogens are stressors cannot be assessed.”

In her 201-page ruling, Justice Strickland methodically explained why the DFO isn’t upholding the law. She began with the Fishery General Regulations. Section 56 of this policy makes it clear that companies that move fish from hatcheries into ocean feedlots need a license to transfer them, and a minister can only issue that license if the fish in transit are free of a “disease agent” or the release of such farmed fish won’t adversely affect wild fish stocks.

But right now, 16 to 52 million smolts are moved into fish farms for concentrated feeding every year. The industry has admitted that 90 per cent will become infected with PRV. Without testing these smolts, the DFO doesn’t know how many are already infected or where the virus originated, be it in a hatchery or in the ocean.

There is an ongoing dispute among scientists about the importance of the prevalence of this virus and its impact on wild fish, noted Strickland. There also are some glaring facts and precautionary principles the DFO doesn’t seem to understand.

Heart and skeletal muscle inflammation (HSMI), one of the most frequently diagnosed diseases in Norwegian salmon farming, appeared in 1999 and has since spread everywhere Norway’s fish farming industry has gone, including Chile, Scotland and Canada. HSMI, which inflames the heart, causes fish to swim abnormally and waste away to an anorexic state. After a 10-year search for the cause, researchers first identified PRV as the culprit in 2010, but didn’t conclusively prove its role in causing the disease until 2017.

B.C. fish farms, which are ridden with PRV, have reported cases of HSMI but not always transparently. Because HSMI damages the physical condition of farmed fish, it is considered a major economic hazard in Norway. Once confined to one geographic area in southern Norway, HSMI and PRV are now ubiquitous on its fish farms. (See sidebar)

Like many ocean-going viruses, PRV’s deadliness varies among strains. Infection doesn’t always lead to disease, and disease symptoms can vary wildly in different species depending on environmental stressors.

As Alexandra Morton has observed, a fish farm pathogen doesn’t have to kill a wild fish. “All it has to do is slow it down so that a predator can scoop it up,” she said. Not surprisingly, wild salmon migrating past industrial feedlots for Atlantic salmon have much higher loads of PRV than wild fish swimming in waters without fish farms.

A 2018 paper by DFO researcher Kristi Miller noted that three recognized strains of PRV have been affiliated with a jaundice-like disease in three species of farmed Pacific salmon, including coho and chinook. Miller also found that the same strain of PRV that can lead to the development of heart inflammation in Atlantic salmon can also cause cell death in farmed chinook. The finding suggests that migratory chinook salmon, a species under the gun in the Salish Sea, “may be at more than a minimal risk of disease from exposure to the high levels of PRV occurring in salmon farms.”

These facts bring us back to the DFO’s policy of not testing for PRV in Atlantic salmon smolts that are transferred to ocean pens.

Strickland noted that the DFO justifies its no-testing policy on the grounds that HSMI doesn’t seem to cause a lot of deaths on B.C. fish farms, and because a 2016 DFO study found that experimental exposures to B.C.’s PRV strain failed to provoke serious disease in sockeye, chinook and also Atlantic salmon in the lab (even though HSMI disease mostly manifests itself in farmed fish under duress during sea lice treatments).

That leads the DFO to believe that transferring infected fish into the ocean is OK, even though the law requires these fish in transit must “not have any disease or disease agent that may be harmful to the protection and conservation of fish.”

Justice Strickland found the DFO’s justification and interpretation of the law unreasonable.

“In my view, a transfer of fish that may potentially cause harm up to the conservation unit or species level is a severe potential impact… it represents a risk of serious or irreversible harm.”

Strickland then elaborated on the DFO’s blind spot: she found that the DFO submitted before the court, she wrote, “Virtually no information as to the status or health of wild Pacific salmon in British Columbia or how this may, or may not, have factored into the decision to continue the PRV policy.”

She cited a 2015 risk assessment in particular. “It contains no information concerning the monitoring of wild salmon as to health or numbers. Nor does it acknowledge that some conservation units of wild Pacific salmon are at risk or address whether or not wild Pacific salmon are potentially at a higher risk from PRV because of the differing environment and stressors they experience as compared to farmed fish. And, as indicated above, the subsequent Auditor General’s report indicates that DFO is not monitoring wild Pacific salmon health.”

About that damning Auditor General’s report released May 1 of last year: It noted that, although the DFO officially is committed to the precautionary principle in its decision making on aquaculture impacts, it didn’t have a plan.

The Auditor General also pointed out two other glaring deficiencies: The DFO has not set limits or thresholds “for when to take action if observed declines in wild fish stocks in areas where aquaculture was prevalent.”

As a consequence, the DFO has done little as sea lice epidemics continue to hammer young migrating wild populations in the Broughton Archipelago and Clayquot Sound. 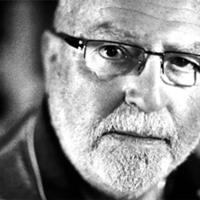 In addition, there appears to be little evidence that the DFO factors how overfishing, pollution, habitat destruction and climate change “might exacerbate the harm caused by PRV.”

As science has shown repeatedly, the destruction of natural diversity is rarely the product of a single killer but rather a constellation of harmful actors, including government bureaucracies.

Strickland concluded that, given the high degree of scientific uncertainty surrounding PRV and HSMI, and “the known decline in wild salmon numbers,” the government’s failure “to address wild Pacific salmon health and status in making the PRV policy” totally failed “to embody the precautionary principle.”

Strickland chose not to impose testing for PRV as Alexandra Morton requested in her lawsuit, but the Newfoundlander did give the DFO four months to clean up its act.

Given that a 2015 court decision reached a similar conclusion as Strickland, the DFO needs to uphold the law. Or, failing that, get out of the business of protecting and conserving wild fish.