It’s one of the oldest tropes in Canadian climate politics, the claim that taking the action necessary to address the existential crisis of our era will result in massive job losses.

The Tyee’s readers know that the supposed trade-off between a healthy environment and economy is false. But they also know that a shift away from climate-destroying industries needs to be fair, just and equitable.

So when we asked readers to guide our election coverage by identifying five key questions you wanted answered by candidates and parties, it wasn’t a surprise that you wanted to know where parties stood on the issue.

We narrowed it to this question: “How do we transition to a green economy without causing mass unemployment and upheaval?”

First, more than 2,000 Tyee readers helped shape our coverage plan, and more than 1,000 readers contributed to help fund our election coverage. We want to show how much we were able to accomplish with your support.

And this update gives you a chance to catch up on any stories you might have missed as we head toward Monday’s election day.

As part of our coverage, The Tyee spoke with labour representatives — as well as climate justice and Indigenous leaders — to learn how a Green New Deal in Canada could spur a jobs boom while transforming our economy.

We interviewed former oil workers — people on the frontlines of the transition — and labour experts across Alberta and reported on the policies that could be put in place today to create a prosperous and job-creating green economy, and on the work already under way.

Amanda Follett Hosgood dove into the impact of a green transition for northern British Columbia, where the oil and gas sector is a significant part of the economy and some communities are counting on liquefied natural gas plans for jobs and growth. She interviewed business people, environmental activists, union leaders and experts and found that the first steps toward a green transition are already happening.

That was followed by her look at the positions of candidates in the three northern ridings on a shift from fossil fuels (except for the three Conservative candidates, who didn’t respond to interview requests).

But transition isn’t just an issue for resource workers. Christopher Cheung looked at the changes that would be needed as part of a shift to a carbon-free future in cities like Vancouver, and where the parties stand on providing the needed support.

The Tyee also asked two experts to parse each party’s climate platform for details about how they would support a move away from carbon-heavy industries and create employment in the new industries that replace them.

As well, we took a critical look at Andrew Scheer’s climate plan and Justin Trudeau’s attempt to maintain that he’s working toward a green transition while buying a pipeline to support oil sands production.

And we dug into an innovative Alberta program designed to help laid-off fossil fuel workers and learned that Premier Jason Kenney has stalled its progress. 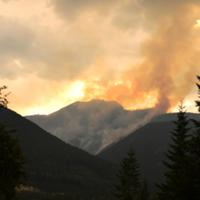 The Election and the Climate Crisis: A Tyee Reader

To provide context, The Tyee took a look at a group of oil and gas executives supporting Conservative Leader Andrew Scheer and learned, despite dire warnings of job losses, that their struggling Calgary companies employ only a few thousand people.

And we investigated why leading oil sands company Suncor believes climate policy is crucial to a healthy and sustainable economy and what it has to gain by supporting it.

We also posed your election question about climate action and jobs directly to candidates in four of Canada’s most climate-exposed ridings.

Of course, the issues around a green transition were part of many other stories.

It’s been a busy campaign. Now it’s your turn to decide which party or candidate deserves your vote.