There are a lot of ways to see Vancouver's Downtown Eastside. One is a space to learn how to make life better for the city's most vulnerable citizens. 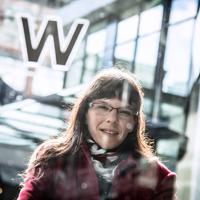 For Downtown Eastside, A Vision Beyond Main and Hastings

The Local Economic Development Lab (LEDlab) -- a shared initiative of Ecotrust Canada and RADIUS SFU -- is connecting grad students with Downtown Eastside organizations to do that kind of hands-on work. Once students navigate the who's who and the culture of the neighbourhood, they have a chance to work closely with organizations to develop projects in the inner city. That means giving health education, tackling unemployment, and helping others make connections.

Ecotrust Canada and RADIUS SFU came together because of their shared interest in developing solutions to complex social and economic challenges, like those in the Downtown Eastside.

"It's often really hard to connect students with this kind of work in a responsible way," said Shawn Smith, RADIUS SFU's co-founder. "The Downtown Eastside is a community: it has folks who live there and build livelihoods there. This university-community partnership model is trying to build a container for long-term engagement for students, and how they can add some value authentically and with humility."

In fall 2015, LEDlab partnered its first batch of four students with community groups in the Downtown Eastside. All projects the students' work on aim to balance a variety of interests: environmental, financial, and social. One of LEDlab's goals is to raise new leaders that combine social innovation with entrepreneurship.

The LEDlab experience was Anna Migicovsky's first time working in the Downtown Eastside. She was partnered with Potluck, a cafe and catering social enterprise, for eight months.

Not long after starting, she realized the challenge many neighbourhood individuals had getting jobs. Potluck has had a history of hiring people from the local community, but there were simply too many asking for jobs and not enough positions to fill.

"Employment is as key as health and shelter," said Migicovsky. "I don't think that's talked about as prominently outside the Downtown Eastside."

One basic challenge is resumes, Migicovsky pointed out. She said resumes are very "deficiency-oriented" as they show gaps in employment history.

Migicovsky worked with Potluck to launch Knack earlier this year to tackle the problem of skills and work. Knack runs workshops for individuals on income assistance and awards them with "micro-credentials" for skills like computer literacy, personal finances, and workplace communication. Employers who partner with Knack can hire from its student pool for work, even if it's just occasional jobs for a few hours.

While those on income assistance have a limit on how much they're allowed to earn, Knack allows them to learn skills, get experience, and practice job stability.

"They earn a little bit of cash, but it also gives them some dignity and independence," said Migicovsky.

Micro-credentials, also known as "digital badges," have also been used in the United States for different individuals looking for work, like veterans transitioning skills from the military and tech-savvy individuals proficient with certain computer programs (such as Adobe Creative Suite) but not the formal training.

Knack currently has 50 individuals in its skill pool, and 15 employers willing to offer them work. They range from food jobs to construction and even lawn care.

For Vancouverite Migicovsky, it was a rewarding school experience partnering with a social enterprise in the inner city of her own hometown.

Another LEDlab student was partnered with the Binners' Project, a group that offers services to binners who collect recyclables and trading them in for cash. "Binning is a form of employment," stressed program manager Gabby Korcheva.

The pilot projects that came out of that collaboration were a pick-up service that matched binners with residents who had recyclables to offer, events for binners to learn more about waste management and safety, and hooks for residents to hang recyclables so binners don't have to rummage through trash.

"These services make it a lot better for individuals so they don't have to go into bins," said Korcheva.

She was glad for the support from LEDlab's student, as the Binners' Project only has two staff.

"It's good that students are opening up new conversations and really digging into them and getting heavily involved," said Korcheva.

Other students also partnered with the Carnegie Community Centre and the Downtown Eastside Street Market.

LEDlab will be matching grad students with social enterprises and organizations in the Downtown Eastside again this fall. Grad students from any discipline and any Canadian university, not just from SFU, can apply. New projects include working with urban beekeepers at Hives for Humanity, and the Portland Hotel Society on a bike hub.

"So much good work is already happening in the Downtown Eastside every day," said LEDlab program manager Kiri Bird. "We knew it wasn't about coming in as experts. It's about showing up and adding value to what's already happening."