A court case with historic and groundbreaking implications for Canada is underway in Vancouver. The Nuchatlaht, a First Nation on the West Coast, is taking the Government of British Columbia to the B.C. Supreme Court to reclaim their territory.

This is the first time in Canada that a title case is being held in a jurisdiction that has passed legislation to implement the United Nations Declaration on the Rights of Indigenous Peoples.

Nuchatlaht leaders have been clear that winning this title case will allow them to properly exercise their sovereignty on everything from caring for old-growth forests to housing their people. This case is about justice for the Nuchatlaht and could set an important precedent for other Indigenous title cases across the country, completely changing the dynamic around resource disputes moving forward.

As leading environmental organizations, Stand.earth, Sierra Club BC and the Wilderness Committee stand unequivocally in support of the Nuchatlaht. Here’s why.

First and foremost, we support Indigenous title and rights because it’s the right thing to do. Addressing the racist foundations of this country and the ongoing colonialism that endures here must be a top priority for all of us.

Despite all of its rhetoric on respecting Indigenous rights and its own UNDRIP legislation, Premier John Horgan’s government is choosing to pursue disgraceful arguments to resist Nuchatlaht’s claim — even going so far as to argue that the Nuchatlaht abandoned their territory on Nootka Island, located off the west coast of Vancouver Island.

As Canada reckons with the impacts of genocide, we cannot allow any government to use its own history of forced displacement as an excuse to avoid accountability.

On Nootka Island, ongoing colonialism takes many forms. In addition to the displacement of the Nuchatlaht people, there’s the depletion of key species like herring and salmon, and over 1,000 kilometres of logging roads and sprawling clearcuts. The latter is carried out largely by logging giant Western Forest Products, which, along with the provincial and federal governments, is a defendant in the trial.

This case also resonates with our collective ability to address other crucial issues like the climate and biodiversity crises. On the West Coast and right across the country, justice for ecosystems in a changing climate requires justice for, and the return of land to, the people that have always been here.

After over a hundred years of destruction, provincial mismanagement and corporate greed, appeals for better management have gone unheard. And so, the Nuchatlaht are pursuing their title case not only to reclaim their lands and waters, but also their authority as stewards. Nuchatlaht leaders’ vision for their territory is the same they have maintained for thousands of years: managing for abundance and sharing.

This vision is clear when it comes to the connection between forests and salmon, and that managing them together, for abundance, is the solution after a century of the overexploitation of both.

As Nuchatlaht House Speaker Archie Little says, “We always had great wealth, and we managed it well, for everyone — if we cut all the trees, we were poor and if we caught all the fish, we were poor, so we managed our territory for abundance.” 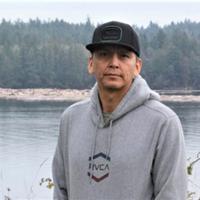 The Nuchatlaht Legal Fight Is a Big Deal. Here’s Why

In addition to advancing this title case, the Nuchatlaht are also developing a visionary “salmon parks” initiative. Salmon parks are watershed-based designations that protect the creeks and forests that comprise salmon habitat. While federal and provincial government policies have put most salmon populations in freefall, Nuchatlaht has developed a solution that will benefit all communities, not just their own nation.

The job of our governments should be to support these types of Indigenous-led, nature-based initiatives, not block them. Instead, the B.C. government’s lawyers began their statements in court during the first week of trial by doubling down on their arguments opposing Nuchatlaht’s title, including by trying to cast doubt on Nuchatlaht’s identity as a nation and minimizing the genocidal reality of land theft.

Not only are these assertions false, they are also totally out of line with the rhetoric that B.C. and Canada espouse publicly in support of reconciliation and Indigenous rights.

As environmental organizations and residents of B.C., we have a responsibility to denounce our governments when they act dishonourably and jeopardize a just future for communities.

We encourage everyone to watch the Nuchatlaht title case closely, support the Nuchatlaht Nation and look for ways to support Indigenous title and rights everywhere in Canada.