This week’s B.C. Supreme Court decision on Fairy Creek has cracked the 18-month struggle wide open, and like a hatchling emerging from a broken egg, the ruling presents new life and new opportunity for a science-based resolution of the problem deemed “intractable” by Premier John Horgan.

Justice Douglas Thompson’s decision to deny the extension of the injunction at Fairy Creek tossed the issue back into Horgan’s hands, obliging his government to look with fresh eyes at this conflict and the fate of old growth across B.C.

A new process is urgently required to replace the antiquated policy of liquidating these irreplaceable ancient trees with bold reforms that recognize the link between our forests and the climate change and biodiversity crises facing B.C. and the entire world.

These two emergencies loom ahead and must guide our decision-making at every level, trumping short-term values like stumpage fees earned by government or profits by the forest industry.

Fairy Creek presents Horgan a golden opportunity to begin this transformation. In this last remaining intact watershed on southern Vancouver Island, we find some of the oldest, most productive forests in Canada, with trees over 1,000 years old. Because of their great age and the favourable climate of the Pacific coast, this valley is considered a biodiversity and carbon hotspot around the world.

Scientists have estimated there are 1,300 tonnes of carbon per hectare stored in the forests at Fairy Creek. This carbon stock exceeds that of tropical rainforests of the Amazon and is six times greater than that of the dry inland forests of British Columbia.

Biodiversity underlies the great carbon sequestration capacity of this ancient forest. Of the 318 species identified in the area thus far, 17 of them, including the speckle-bellied lichen, marbled murrelet and northern goshawk, are already recognized federally as threatened or at risk of extinction.

So why should we care about lichens and birds? An important reason is that high species richness drives the massive carbon, nutrient and water cycles. Each species has a unique role, or niche, in the ecosystem. Among the five tree types that occur at Fairy Creek, each captures light, nutrients and water from different layers in the canopy and soils, complementing one another. 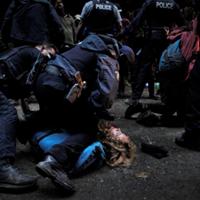 Clear cutting, however, eliminates the ability of trees to capture carbon dioxide through photosynthesis. Without energy flowing from the trees, the loss of soil organisms and the roots that glue minerals together causes soil structure to degrade. In a heavy rainfall, these eroding sediments can run into streams and turn into landslides. And without the shade of trees or energy flows, stream temperatures rise, channels are destabilized, and fish are unable to spawn.

Clear cutting old-growth forests and turning them into short-term products like toilet paper and shingles adds carbon dioxide to the atmosphere, producing higher global temperatures, deeper droughts, and longer, more dangerous fire seasons. The direct link between logging old-growth forests and climate change has been well established. The climate crisis includes extreme events such as the heat dome that baked B.C. this past summer, resulting in over 700 deaths, and hundreds of wildfires that swept through the Interior's forests.

In British Columbia, CO2 emissions from clear cutting, including the loss of standing carbon stocks as well as foregone photosynthetic uptake, exceeds the amount emitted from fossil fuels like oil and natural gas. 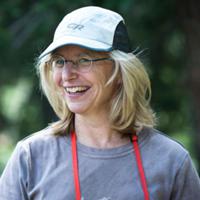 If Fairy Creek were valued for its ability to mitigate global change and sustain life, we would realize these old-growth forests are worth far more standing. When carbon, tourism, recreation, non-timber forest products, fish habitat, education/research opportunities and real estate values are taken into account, the value of the forest left alive is estimated at $90 million. This far exceeds an estimated $24 million to be earned on stumpage priced at a value of $30 per cubic metre of wood.

Fairy Creek is a global jewel because of its great biodiversity and carbon stocks, and is recognized as such by scientists worldwide. These ecological functions are what make British Columbia forests among the most precious ecosystems on Earth. The world is counting on B.C. to protect this irreplaceable heritage.

Our kids know their lives depend on saving places like Fairy Creek and our elders have joined them to protect these ancient trees. Yet in their quest to save their own futures, these protectors have been treated like terrorists. The police, on the urging of our government, arrested 1,100 of these precious and vulnerable community members.

In the words of Justice Thompson, the forest protectors “are respectful, intelligent, and peaceable by nature. They are good citizens in the important sense that they care intensely about the common good.”

No doubt history will remember them as the heroes of the existential struggle over forests and climate change currently unfolding in the province.