This week an unprecedented joint editorial was published in 233 international health journals calling on governments and other leaders to enact urgent, society-wide changes that would reduce our dependence on fossil fuels to fight the climate emergency.

For health professionals, the dangers of climate change have never been so clear. This summer, we suffered alongside our patients when a heat dome in the famously temperate Pacific Northwest tested the limits of climate scientists’ most dire predictions, killing over a thousand people across our borders, sparking uncontrolled wildfires and rolling blackouts, and pushing emergency services beyond their capacity. This brought home the health impacts of human-caused climate change in a way we had never bodily experienced before.

As physicians on the West Coast, united in our concern for the well-being of communities across our bioregion, we join our colleagues in calling for government and industry leaders to raise their ambition with us to realize a rapid transition to a more equitable, sustainable and inhabitable world.

We know that burning fossil fuels increases human-generated carbon dioxide more than any other source, and that these emissions are the primary driver of global climate change. Not only that, but the accompanying air pollution is responsible for almost one-fifth of premature deaths worldwide. Without swift mitigation of carbon pollution, we face the alarming prospect of a 4 C rise in global temperatures by century’s end, further increasing global mortality.

But the health harms of global heating extend far beyond mortality numbers. Rising temperatures have also been linked to kidney dysfunction, skin cancer, adverse mental health, pregnancy complications, allergies, increased spread of tropical infections and worsening cardiopulmonary disease. These will continue to unfairly affect those who are least responsible for greenhouse gas emissions, including children and Indigenous, racialized, elderly and low-income people.

This is why in a just world, continued expansion of the fossil fuel industry, including the Trans Mountain pipeline expansion, and hydraulic fracturing in the Peace region of B.C. that powers the ferries that ply our Pacific waters with natural gas, must end.

The global sense of collaboration that has moved health scientists to speak out as one on the climate emergency has given energy to our organizations even in the face of smoke, heat and the COVID-19 pandemic. In July, physicians on both sides of the border co-ordinated a banner drop from highway bridges in Washington state and British Columbia demanding an end to TMX. August saw doctors joining with nurses in B.C. to launch a billboard campaign to raise public and political awareness about the local and global health risks of fracked natural gas near the Tsawwassen ferry terminal — right beside the ferries that burn it.

Advocacy by health professionals against real and present health harms has a storied history. The International Physicians for the Prevention of Nuclear War gathered 40 years ago to promote peace and the prevention of nuclear catastrophe, winning the 1985 Nobel Peace Prize for its work to avert the human and environmental harms of nuclear weapons. In this moment, our obligation to act on behalf of our patients and the lands and waters that sustain us similarly moves us to protect our communities from oil tanker spills, fracking that pollutes farmland and Indigenous territories, and climate catastrophe. 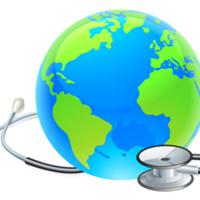 The grave risks fossil-based economies pose to humanity’s survival are being acknowledged well beyond our organizations and shores. Prior to the joint editorial this week, the Biden administration’s cancellation of the Keystone XL pipeline’s permit and the International Energy Agency’s argument for an end to new fossil fuel supply projects were particularly heartening examples.

So today, we raise our collective health voice with journal editors around the world in a call to urgently limit global temperature increase, end the destruction of nature, and prioritize planetary health. Federal, provincial and state government monies must be redirected from fossil fuel subsidies into a Pan-American Green New Deal that reduces global greenhouse gas emissions to net zero by 2050, decarbonizes our energy, transportation and food systems, and preserves old-growth forests. These investments in planetary health are essential to safeguarding the health of present and subsequent generations.

The climate tragedies of this summer across the Pacific Northwest must not be forgotten — instead, they must be the catalyst for a society-wide turn towards a healthy future. Let us redouble our efforts to heal the only habitable planet we have, together.