If you were to think of $8 billion in land and assets, a school board is probably not the first entity that comes to mind.

But that’s the amount under the oversight of the Vancouver School Board — publicly “owned” land in the care of elected trustees for the ongoing and future educational needs of our children and youth.

This includes not only school yards and gymnasiums, but such properties as the commercial block that includes Kingsgate Mall — real estate at the heart of a future transit corridor. In our role as trustees, conversations around stewardship and sustainability are more urgent and important than ever before.

When we talk about stewardship and sustainability, we cannot disconnect these conversations from our local context — a City of Reconciliation situated on the unceded territories of the Musqueam (xʷməθkʷəy̓əm), Squamish (Sḵwx̱wú7meshÚxwumixw) and Tsleil-Waututh (səl̓ilw̓ətaʔɬ) Nations.

Nor can we ignore the realities around us: a housing shortage and affordability crisis, rising levels of food insecurity and a climate emergency, all issues that have been further exacerbated by the COVID-19 pandemic. As we look to the future, we must acknowledge this context and ensure that the decisions we make are informed by it.

At a recent board meeting, an urgent motion regarding our Land and Asset Strategy was blocked from coming to the floor, sending further work on the initiative to committee. The strategy will be finalized this month.

That the Vancouver Board of Education staff and contractors, Urban Systems, meaningfully consult and co-operate with the Musqueam (xʷməθkʷəy̓əm), Squamish (Sḵwx̱wú7mesh Úxwumixw) and Tsleil-Waututh (səl̓ilw̓ətaʔɬ) Nations in the development of the VSB’s Land and Asset Strategy plan to ensure that it is informed by and not in conflict with the principles of these nations’ interests and land use plans.

Further the VSB trustees will consider and incorporate the input from each Nation in the development and implementation of specific projects under the Land and Asset Strategy.

Urgent motions are meant to be debated at the board table, according to the rules of order. In addition, any motion to refer to committee must have both sides of the debate heard before voting. Neither of these procedures were followed at the board meeting.

In this seemingly small, procedural decision lies difficult truths around our commitment to reconciliation — not just as an elected body, but as a community.

Decisions on VSB land are guided by the board’s Land and Asset Strategy, which is currently being revised. It guides our work as we make decisions around the infrastructure needed to serve children and youth today and into the future. It sets out the amenities and services that will be needed, from elder spaces to gender-inclusive washrooms to accessibility supports.

And, critically, it sets out how the district will consider land sale and lease options.

How this framework is developed, and who is at the table to shape and inform its drafting, will set the tone for our conversations to come in the years ahead.

As a country, “who is at the table” has long been an issue of concern, often taking the form of colonial structures speaking on behalf of communities rather than honouring their agency, wisdom and leadership.

That is what in part led to my recent motion for the VSB to endorse the United Nations Declaration on the Rights of Indigenous Peoples, a document that outlines clearly and succinctly a different path forward. The motion passed, and I had sincerely hoped we would begin to see a shift in how we approached such consequential decisions.

A decision around the shape of the Land and Asset Strategy — and the way it is developed — represented the board’s first opportunity since its endorsement of UNDRIP to embody its commitment to honour the truths of the place and time we find ourselves in, and to chart a path forward rooted in relationship.

Any policy on disposal of land (sale or lease) must include consideration of the needs and interests of First nations who, remember, have not ceded these territories.

Seeing a lack of consultation with the local First Nations in the development of this strategy, I put forth an urgent motion to ensure the VSB broke free from past patterns of tokenized “engagement” and instead began the work from a place of co-creation and co-leadership with those nations upon whose territories we live, love and learn. 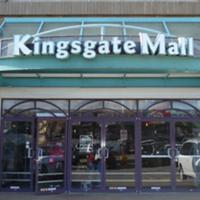 Why Selling Kingsgate Mall Would be Bad for Vancouver Schools, and the City

That this motion was dismissed using procedural maneuvers (a tactic far too familiar to those historically marginalized from dominant power structures) reveals just how far we have to go in our work as a City of Reconciliation.

Our children face an uncertain future in an uncertain time. They look to us, as those currently holding positions of power, to be recognizing and responding to the place and space we find ourselves in. And that’s why this moment — a procedural decision at a board meeting — is about much more than what it seems.

With each decision we make, we make a choice — to perpetuate the status quo, or to breathe life into the commitments we’ve made. We can choose to make motions and endorsements from a place of positive press relations, or we can use these measures as the platform for transformative change — to envision an education system that meets the needs of children from vibrant and diverse communities for generations to come.

To do so will require us to expand the table, relinquish a bit of our comfort, have difficult conversations around the ceding of power, and work together. And if we do so, we can embody and model this for others — to push others to commit to tangible, impactful acts of reconciliation in our community.

And as the body tasked with the responsibility to support learners for generations to come, I can think of no better role for the VSB than to empower others to commit to their own unlearning, reflection and growth.