For many Vancouverites, the idea of redeveloping the Kingsgate Mall is sacrilege. It’s weird and quirky, and it also serves a community around its Mount Pleasant neighbourhood.

However, the valuable land it sits on is owned by the cash-strapped Vancouver School Board, which has already faced pressure to sell the property from the former BC Liberal government.

The province’s systemic underfunding of education is hardly new. For years, the board has struggled to balance its budget and has been forced to make cuts to special programs, specialized teachers, music and arts programs and has had to increase class sizes leading to reduced supports for kids.

Because of the inadequate funding, the VSB cannot pay for instructional costs and maintain its facilities. This means that every year more maintenance is deferred and our buildings become more aged and worn. The district now faces $750 million in deferred maintenance costs.

Selling Kingsgate Mall might seem like an easy solution to the enormous, expensive problem of facilities updates and deferred maintenance. The property was assessed at $107 million in 2017 and $147 million in 2019, a 37-per-cent increase in two years. Kingsgate is a big piece of land in the centre of the city. It’s on major transit routes, close to amenities and only a block away from a proposed station for the planned Broadway subway.

It’s highly appealing to any developer who believes the land could be rezoned for increased density, including condo towers. And right now, the $750,000 annual lease that Beedie Development pays is far below market rates for the area. That lease money helps defray some costs, but the millions of dollars that the VSB could rake in on a sale would solve a lot of problems in the short term.

But while selling the Kingsgate Mall may seem appealing in the short term, I think we can be more creative, more bold, and generate a better solution for the long term.

I won’t support selling the Kingsgate Mall for many reasons.

First, I don’t believe that we should sell public land, ever. Let us remember that we are on the unceded territories of the Sḵwx̱wú7mesh (Squamish), xwməθkwəy̓əm (Musqueam), and səl̓ilwətaɁɬ (Tsleil-Waututh). That land is the responsibility of us all to hold in trust for future generations.

Second, the Kingsgate Mall is within the area scheduled to be rezoned as part of the Broadway Corridor area plan. Until the Broadway Plan is complete and brought to city council for approval, we don’t know the future value of this land.

But we do know that its location next to a future rapid transit line and likely rezoning will mean additional potential and value. Selling it without knowing the full potential value of the land for future generations is financially irresponsible. 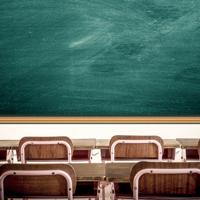 School Board, Sell Your Mall? That's No Way to Fund Education

If the board goes ahead with a sale prior to understanding the planning vision for the area, we are missing the long view. Selling assets for short-term gain, without realizing the full potential, is short-sighted. It also risks allowing the property to be developed into expensive condos that are far beyond the reach of most families.

We don’t need more luxury condos in this city. We do, however, need more purpose-built rental housing and more below-market rental housing that is transit-accessible. OneCity Councillor Christine Boyle is working hard on city council to ensure that rental and affordable housing is built across the city. The Kingsgate property offers a way for Vancouver school trustees and city council to do good work together.

Given Vancouver’s housing crisis, the Kingsgate Mall site has the capacity to provide land both for more affordable housing that is considered a public good (instead of strata-titled residences), and also generate income for the Vancouver school board. 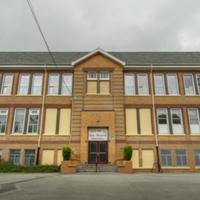 A strong partnership with the City of Vancouver during preparation of the Broadway Plan would give us opportunities to think about how to best use this space in the face of Vancouver’s housing crisis.

There are many creative and equitable options to consider when it comes to Kingsgate, as Paul Finch, of Affordable BC, has asserted. The VSB could work with BC Housing, or enter into a partnership with a co-op housing society, land trust or non-profit developer to redevelop the land into mixed use commercial and residential, with below-market residential rents and family-size units.

This would mean families in our city could find stable homes, near transit, and our neighbourhood schools could stay open and be fully funded. We could even find a way to offer Vancouver School Board teachers and staff priority access to the units, which could help ease the teacher shortage we’re experiencing. Street-level retail could continue to service the Mount Pleasant community, as the Kingsgate Mall currently does.

This isn’t the easiest and fastest solution. But it’s the best one for the VSB, and the best one for the city. It keeps public land public. It allows us to build hundreds of units of below-market rental housing in a transit-accessible neighbourhood. It would generate millions of dollars of revenue for the school board, and is a bold, visionary step. And it could be replicated at sites across the city.

I, for one, will miss Kingsgate Mall’s weirdness and charm. And I want to honour it by making our city and its schools stronger.