The latest mass killings in the U.S. occurred within hours of one another, and fell into a familiar pattern: young white males, with legally purchased weapons, killing mostly people of colour.

The response was equally familiar: Donald Trump called on God to bless El Paso and Dayton, while various politicians blamed video games and mental health while spraying thoughts and prayers in all directions. The social media rumbled with outrage and video clips of upset Democratic presidential candidates.

Gun control, like rat control, is uncontroversial in most countries. We can’t get rid of all guns or rats, but we can suppress outbreaks and thereby save lives. Only the Americans continue to define gun control as a steady hand and a good aim.

As nations have developed, their internal peace has depended on limiting the use of violence by individuals and private groups. The sociologist Max Weber, a century ago, defined the modern state as the “only human society which lays claim to the monopoly on the legitimated use of physical force. However, this monopoly is limited to a certain geographical area, and in fact this limitation to a particular area is one of the things that defines a state.”

By this definition, the U.S. is a failed state or close to it: the Americans tolerate a level of private armed violence unknown in developed nations. Worse yet, they tolerate a level of violence by their own police against their fellow-citizens that amounts to accepting a policy of municipal state terror.

A cost of doing business

The consequences amount to a public health disaster. If Ebola had killed 40,000 Americans in 2017, not only the country but the planet would be in economic and political convulsions. But that many Americans died in 2017 by gunshot, and the survivors shrug it off as if it were just a cost of doing business.

Firearm deaths in the U.S. have been in the multiple thousands since at least the 1960s, and are increasing. About 60,000 Americans died in the Vietnam War between 1965 and 1975. That many now die in the U.S. by gunshot every 18 months.

Never mind the abstruse social analyses of the American obsession with guns, expressed in everything from video games to movies to popular fiction. If 40,000 Americans were dying of cholera, public health experts would find the sources of contaminated food and water and prevent them from infecting more. Young males have no business going into freelance violence with a life expectancy of 30 seconds; we need to deprive them of the means of doing so.

When a private industry is found to be acting against the national interest, the government regulates it. The industry’s owners must behave better or take the consequences, which are ultimately state-sanctioned violence and loss of freedom.

When that industry is important enough, however, the government simply takes it over or builds its own industry. When the U.S. decided to build an atomic bomb, it didn’t put out tenders to General Electric or other big corporations. It created government agencies to do the job. Seventy-five years later, any private corporation that even thought about building a free-enterprise nuclear weapon would find itself shut down overnight.

The American corporate world took this in its stride. Companies formed a close enough bond with the government after Hiroshima to make outgoing president Dwight Eisenhower worry in 1960 about the “military-industrial complex” that now built bombers, fighters, and weapons systems the government relied on — perhaps too much.

Teaching kids to play at killing

Meanwhile, the private firearms industry continued to make hunting rifles, target rifles and handguns, as well as military light arms. A culture that taught its children to play cowboys and Indians, and sent them to Saturday movie matinees of westerns and gangster films, provided a growing market. Sometime between Hiroshima and the assassinations of John F. Kennedy, his brother Bobby, and Martin Luther King, things went out of control.

Only a gun-obsessed culture could fail to see the solution to a public health crisis: shut down the source of the infection.

So consider the nationalization of the American firearms industry as a kind of prophylactic. An act of Congress, signed into law by the president, could make some legendary companies — Smith & Wesson, Remington, Sig Sauer, and others — wholly owned by the American government and administered by either the defence or justice department.

That department would then determine the number of new firearms required yearly for military, police, and other personnel, and limit production to that number. At the same time it would buy back privately owned firearms at generous prices, and jail or severely fine those who chose to retain their weapons. “Collectors” would be strongly advised to donate their arms to museums. Otherwise they would be confiscated and destroyed, and the collectors jailed.

Hunters would, of course, protest. Those who could make a valid case for hunting to feed their families and Indigenous peoples with legal rights to hunt would be exempted. Hunting for mere fun is hard to justify when large wild mammals amount to just three per cent of the Earth’s present biomass. Anyone going overseas to hunt would find a chilly welcome home. 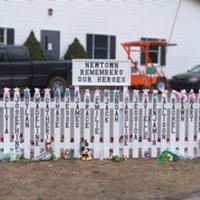 Let’s Call Gun Violence What It Is: A Public Health Disaster

As for the famous Second Amendment, anyone willing to join a well-regulated militia, like the National Guard, would be entitled to keep and bear arms — if they qualified for recruitment and passed a background check, and only for as long as they remained in service.

Of course a black market in firearms would spring up immediately, starting with the almost 400 million firearms estimated to be in the hands of 330 million Americans. Stamping it out would be a political headache, but a better problem than allowing 40,000 people a year to die just to keep the gun nuts happy. Gun ownership would be treated like owning child pornography, slaves or large quantities of fentanyl. 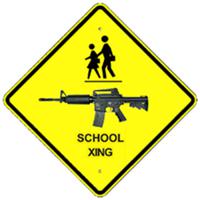 Armed, Dangerous and in the Classroom

Those officially armed by state — soldiers, police, conservation officers — would be carefully recruited and trained. Anyone wanting to sign up for the experience of killing people would be identified and assigned to psychiatric care. Successful recruits would be promised similar care in the event of PTSD if they had to use their weapons.

Eventually, after many complaints and protests, the culture would change. Firearms would be considered tools for unpleasant jobs, not expressions of manhood. Countries that still produced and trafficked in civilian small arms would be international pariahs. Countries with long success in maintaining social peace without firearms, like the Nordics, would provide advice on how to do it.

I offer this proposal without the slightest belief that it would be accepted and carried out. It would seem to many Americans literally outlandish, something conceivable only in foreign countries lacking the American love of personal freedom. Still, some of those Americans — perhaps as many as 69 per cent want strong or moderate gun control.

Offered this modest proposal, they might be willing to consider something other than the endless series of individual and mass shootings that have blighted (and ended) their lives for half a century or more.