This week Vancouver is host to a summit of ministers from over 25 countries gathered “to accelerate progress toward a clean energy future.”

Created in 2010, the Clean Energy Ministerial describes itself as a “high-level global forum to promote policies that advance clean energy technology” and “to encourage the transition towards a global clean energy economy.”

As we face massive environmental challenges, a transition is clearly needed. The problem is that one significant focus of the CEM is to find ways of preserving the existing energy infrastructure while greenwashing it.

Case in point: the cleverly termed NICE Future, which stands for Nuclear Innovation: Clean Energy Future, that was set up in 2018 by the CEM initiative. Its stated aim is “to initiate a dialogue on the role that clean and reliable nuclear energy can play in bolstering economic growth, energy security and access, and environmental stewardship.”

But nuclear energy is not clean except in some narrow definition, and our experience over the decades with this technology has shown that it cannot “bolster” any of the other goals.

Before going further, it would help to better understand the term clean energy. For years now, there is an open and growing preference for renewable energy among the public around the world.

This was a problem for the large private and public sector organizations that owned other forms of electricity generation technologies, particularly coal, nuclear, or natural gas. One of the strategies that these large organizations, and supportive politicians and government officials, have been undertaking is to sweep these, or slight variants thereof, under the term clean energy.

The key word is clean, and its use has been promoted by multiple fossil fuel and other industry groups. In the mid-2000s, dozens of coal and utility companies formed something called the American Coalition for Clean Coal Electricity. It then spent tens of millions of dollars on advertisement campaigns about “clean coal” being a solution to global warming.

The Clean Energy Ministerial buys into a similar narrative by promoting what it calls the “Carbon Capture, Utilisation, and Storage Initiative.”

This branding strategy continues to pay off. Utilities and friendly politicians have promoted existing but uneconomical power plants as clean energy options and sought subsidies, for example in the state of New Jersey in the United States.

Last week, Republicans in Ohio proposed legislation known as the “clean energy” subsidy bill. What does this legislation do? Bail out old and uneconomical coal and nuclear power plants in the state, and end mandates that utilities use more renewable and efficient energy.

Of course, neither coal nor nuclear power plants are clean by any reasonable definition. Unless you focus entirely on carbon dioxide and ignore all the other potential pollutants.

The problem is that it takes hundreds of thousands of years before the radioactive materials decay to levels that could be considered relatively safe. For those long periods of time, this waste will have to be kept away from human contact — an unprecedented challenge for which there is still no demonstrated solution.

But nuclear plants are not the only source of radioactive wastes. At the very start of the nuclear fuel chain, the mines that produce uranium ore and the mills that process the ore into uranium that is used to fuel nuclear power plants generate radioactive materials that are harmful to the environment and human health.

Around the world, uranium mining and processing has been primarily carried out on Indigenous lands and Indigenous peoples have been significantly affected. Impacted communities include the Navajos in the United States, the Dene people in the Northwest Territories, and the Santhal, Munda, and Ho people in India. Proposed sites for the deep geological repository in Canada are almost all on traditional First Nations land, in a practice that has been termed nuclear colonialism.

Nuclear energy is unique among all electricity generating technologies in its propensity for catastrophic accidents such as Chernobyl and Fukushima that create radioactive contamination on a potentially global scale. In those locations near the site of the accident where contamination levels are high, the hazards to health will last for decades if not centuries.

The “exclusion zone” with radiation levels deemed too high for human habitation encompassed 4,300 square kilometres in the case of Chernobyl; at least 116,000 people were evacuated from the area.

The contaminated area is smaller in the case of Fukushima because most of the atmospherically released radionuclides were deposited into the Pacific Ocean due to the prevalent wind direction during the first few days of the accidents.

Many proponents of nuclear energy argue, despite this history of disastrous accidents, that reactors can be operated safely. Critics respond: “The key question is not whether it can be safe, but whether it will be safe.”

The simple answer is no. Not when this has to be done across countries, across many facilities, according to multiple priorities including cost cutting and profit making, and using multiple technologies, each with its own vulnerabilities.

Though the nuclear industry is loath to admit it, there is a very close relationship between nuclear power and weapons. In the words of the late Ted Taylor, a former weapons designer turned nuclear abolition advocate, “the connections between nuclear technology for constructive use and for destructive use are so closely tied together that the benefits of the one are not accessible without greatly increasing the hazards of the other.” Nuclear war would be the ultimate environmental catastrophe.

But isn’t nuclear the cheap way to fight climate change?

Despite all these problems with nuclear energy, some might argue that this technology remains the only way to reduce carbon dioxide emissions.

The problem with this argument is that nuclear energy is fading in importance globally. Nuclear power’s share of global electricity generation was 17.5 per cent in 1996. Since then, this fraction has steadily declined, reaching 10.3 per cent in 2017. For a variety of reasons, the downward trend is expected to continue.

What is behind this trend? The primary reason is that nuclear plants are no longer financially viable. Because they are hugely expensive, it has been known for a while that building new nuclear plants makes little economic sense. What has changed in the last decade is that it is not just constructing new reactors, but just operating one, even one that is old and has its capital costs paid off, that has ceased to make economic sense in many cases. 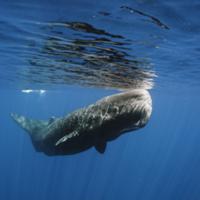 Can New Energy Technologies Save the Planet? Ask the Sperm Whale

This is because alternatives to nuclear energy, in particular renewable sources of electricity like wind and solar energy, have become drastically cheaper. In contrast, just about every nuclear plant that was constructed in the last decade has proven more expensive than initially projected.

The Wall Street consulting company, Lazard, publishes annual cost figures for different energy technologies. In 2018, the Lazard estimate for the construction cost of a new nuclear plant in the United States was over $9,000 per kilowatt and each megawatt-hour of electricity produced would have cost around $150.

In comparison, a new wind energy plant cost $1,350 per kilowatt to construct; it cost $1,110 per kilowatt for solar energy. The generation costs for wind and solar energy are around $40 per megawatt-hour. The comparison has only been becoming more favourable to renewable technologies over the years.

These economic trends suggest that to expect nuclear energy to play an important role in climate change mitigation is wishful or delusional at best. The Clean Energy Ministerial should drop its support for technologies like nuclear power and coal. Or it can change its name to Unclean Energy Ministerial.