Trust us. That has long been the message from the oil sector to the Alberta public, which seems to have little choice in the matter.

In a bizarre arrangement, the Alberta oil patch pays for its own oversight through the Alberta Energy Regulator — a regulatory body 100-per-cent funded by the fossil fuel sector. What could go wrong?

The latest boondoggle was revealed by an Environment Canada study published in the prestigious journal Nature Communications. It showed the methodology that energy companies have used for years to calculate carbon dioxide and methane emissions from oilsands surface mining operations underestimated contributions to global warming by a whopping 64 per cent.

This eye-popping number was the result of airborne sampling over four of the largest bitumen mines in 2013 to test the accuracy of the industry’s self-reporting methods. The company figures are based on “bottom-up” calculations using the measured amount of fuels consumed in their operations. The “top-down” sampling by Environment Canada was based on actual measurements of carbon dioxide levels collected over these projects.

Emission measurements are complicated, and there are bound to be some differences in results.

However, the results from Environment Canada’s airborne testing were not even close. Suncor’s Millennium and North Steepbank mines had emissions 13 per cent higher than the company had reported. Two bitumen mines operated by Canadian Natural Resources were both about 36 per cent higher. And emissions from Syncrude’s Mildred Lake mine were 125 per cent higher — more than double — the level the industry reported.

Similar airborne sampling by Carleton University researchers in 2017 assessed methane leaks from Alberta oil and gas operations and found that overall emissions were “likely at least 25 to 50 per cent greater than current government estimates.”

The oil industry enjoys a special deference from the mainstream media and regulators, so it is not surprising that the Environment Canada findings weren’t extrapolated to the rest of the bitumen industry.

Since sampling was not done over in situ, or underground, oilsands mining operations — which make up about half of Alberta’s bitumen production — the companies’ reported emissions are assumed to be accurate until proven otherwise. Additional data from 2018 aerial sampling of these sites has not yet been published. If it is shown that emissions from those operations have been similarly undercounted by industry, the gap between Alberta’s claimed and actual emissions will be even greater.

Whether or not the rest of the oil patch has as wretched a record of accuracy remains to be seen, but the missing 17 megatonnes of annual emissions thus far unearthed are enormous — equivalent to the entire carbon output of Toronto or Seattle.

Last October the United Nations warned that climate change could lead to catastrophic consequences within as little as 12 years. However, the stately pace of scientific publication seems unencumbered by such urgency.

It took six years for the data from this study to be analyzed and published, during which time there were two Alberta elections and one national campaign where energy and climate issues were hotly debated.

Given this climate countdown, it is vital that scientists have access to whatever resources they need to publish their results as quickly as possible, unencumbered by politics.

So when will we see the analysis of more recent Environment Canada sampling flights from the spring and fall of 2018? Apparently, the government of Alberta also commissioned an airborne study of oilsands emissions in 2017, which has yet to see the light of day. Where are the results from that taxpayer-funded study?

The response to this bombshell research from the normally noisy petroleum sector has been studied silence, and understandably so. The oil patch has invested millions in lobbying and public relations efforts to convince consumers and regulators around the world that bitumen production has comparable emissions to conventional oil. Peer-reviewed science such as this can be an inconvenient truth.

One of the high-profile policies trotted out to promote Alberta as a responsible jurisdiction is the so-called 100 megatonne “hard cap” on annual emissions from all oilsands activity, passed into law in 2016.

However, the former NDP government never implemented rules on what would happen when the limit was reached. Three years after the photo op with industry, consultations continue.

There seemed little rush, as 2018 emissions were assumed to be about 77 megatonnes, meaning industry and the government could count on a couple more election cycles of foot-dragging before the cap was reached.

But the research just published has upended that apple cart.

The additional 17 megatonnes in GHGs discovered over just four bitumen operations puts the measured level closer to 94 megatonnes. Those extra emissions have may also have increased in the last six years, during which time there was a 50-per-cent growth in overall bitumen production. Throw in additional emissions from unanalyzed in situ operations, and we may well be over the 100-megatonne cap now. 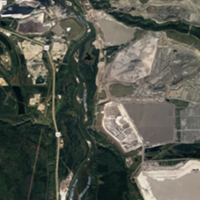 What about the carbon pricing implications of these newfound greenhouse gases? Large industries like bitumen producers are exempt from Alberta’s highly-touted carbon tax, and are instead priced under the Carbon Competitiveness Incentives Regulation. Operations that have lower emissions than the norm for their industry get credits; those with higher emissions can buy credits from the less polluting companies or pay the province.

One would expect that an additional 17 megatonnes of CO2 each year might require companies to pony up more money. However, if all players are ultimately shown to be similarly inaccurate, the performance bar simply moves lower — problem solved.

In any case, newly elected Premier Jason Kenney has pledged to sweep much of existing provincial carbon policy into the trash can, and his government’s specific actions on large emitters remain to be seen.

Industry self-reporting in Alberta is nothing if not consistent. On virtually every single parameter from tailings ponds liabilities to emissions of methane to polycyclic aromatic hydrocarbon pollution, and now carbon dioxide, the oil sector somehow always seems to vastly underestimate its burden on taxpayers and the planet.

Why the Oilsands Era Is Over

Such regulatory incompetence might be more amusing if not for the tragic human costs seen with our rapidly changing climate. Homeowners across three provinces now struggle against the second 1,000-year flood in only two years. In Mozambique, 200,000 people remain imperiled after two cyclones in six weeks slammed into their coastal country. Even global bankers are calling for urgent action to tackle a looming climate catastrophe.

Yet Kenney’s top priority seems to be building a war room funded by $30 million in taxpayers money to respond to “lies and myths” about the oil sector.

Is the plan now to sue peer-reviewed scientific journals? Or launch a PR campaign against mathematics? This sad war against facts may play well at the Alberta ballot box, but is this really how we want our country to be remembered during this pivotal moment of history?

They say the definition of insanity is doing the same thing over and over and expecting a different outcome. By that yardstick, continuing to trust the oil sector to oversee their own emissions, pollution, compliance and environmental liabilities is more than a little crazy.