You should care, even be scared, by The Tyee’s reports on the RCMP’s “Project Wide Awake,” a secretive and unsupervised social media monitoring operation.

We’re already deep into a new era. Police — and businesses and other organizations — have the ability to track citizens in ways unimagined even a decade ago. Social media, the internet, cellphones, algorithms and analytics have given the state extraordinary power to monitor what you think and predict what you might think or do.

And governments have taken no effective steps to protect citizens from round-the-clock, random surveillance in the internet age. They have quietly surrendered our rights.

The Tyee’s Bryan Carney revealed the RCMP’s Project Wide Awake, its expansion, and the lack of oversight to protect Canadians’ rights.

The RCMP, Carney reported, had launched a sweeping project to monitor Canadians’ internet use, especially social media. At first, the goal was to help investigators solve crimes. Then the police decided to expand the monitoring to try and assess whether people might commit crimes.

Basic privacy considerations around the expanded program have not been completed.

Why should that scare you?

First, this is a whole new kind of surveillance. Even a decade ago, police had few options for tracking citizens. They could intercept mail or tap a phone line, if the court approved a warrant. Officers could interview neighbours or infiltrate groups they thought might be a threat.

But between legal safeguards and the practical challenges, mass monitoring was impossible.

Project Wide Awake shows how much that has changed. The RCMP bought social media monitoring technology from Salesforce via Carahsoft, a big U.S. corporation supplying governments with technology.

Salesforce promises to deliver in-depth information. “Ever wished you could be a fly on the wall in the homes of consumers? That’s kind of what social media monitoring is. You can tune into conversations happening online to see what people are saying... ”

The application, the company says, “scans blogs, news, Facebook posts and other sites throughout the internet — over 650 million sources. It uses keywords to pull out the information you tell it you need.” It provides constant monitoring, analytics and real-time reporting.

The program started as a way to solve crimes, using the software to catch someone bragging about a robbery, for example. But then the RCMP decided to expand it to preventing crimes.

So consider a possible example. Suppose the RCMP are concerned about pipeline protests. They enter keywords like pipeline, protests, Trans Mountain, oil spills, climate change. And then the software begins monitoring every corner of the internet and reporting when those terms appear, who’s commenting and what they’re saying. Officers can cross-reference that list with other searches using terms like Indigenous rights, and other files.

And they can share the information — and the list of names of people expressing opinions and what they say — with other police forces and agencies.

Your interest in pipelines, for or against, or even discussing the issue, could land you in an RCMP file.

The risk to the Charter of Rights and Freedoms isn’t theoretical. The charter says everyone has the right to freedom of thought, belief, opinion and expression, including freedom of the press and other media of communication; freedom of peaceful assembly; and freedom of association.

But that freedom is eroded if exercising it means police surveillance. 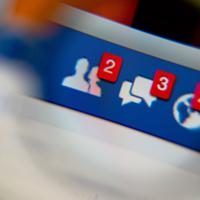 The RCMP’s Project SITKA, launched in 2014 and discovered through a freedom of information request, investigated and tracked more than 300 Indigenous activists. In the U.S., police forces used similar software to gather information on people based on general factors like use of the hashtag #blacklivesmatter.

Second, the threat to your rights is real. Citizens’ ability to participate in a democracy is limited when they know that sharing their views, or even visiting a site to get more information, could land them on a police watch list. The ability to organize to advance goals is threatened when citizens know that even the smallest steps might land them in a police file. And how many people will shy away from participating in a protest or campaign when the result could be an RCMP file?

To be clear, the software doesn’t allow police to see private messages on platforms like Facebook or Gmail. But as we saw with the Cambridge Analytica scandal, it’s possible to compile a great deal of information on people without seeing their private messages. 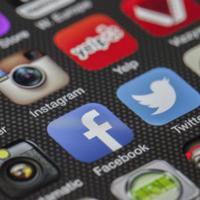 Third, this isn’t an RCMP problem (mostly). Police are judged on their ability to solve or prevent crimes, not on their concerns for privacy. Their interest is in doing anything legal that makes those jobs easier. So it’s not surprising they want to be able to track as many citizens as possible.

But the RCMP has chosen to skirt the scant privacy protection that does exist in implementing Project Wide Awake.

And it has refused to release its policies on the monitoring program, how people are tracked and how the information is shared. Which raises at least the prospect of citizens’ information being shared with other police forces, border service agencies or even foreign governments.

Fourth, this is a serious failure of government. The laws around privacy and charter rights have utterly failed to change to reflect today’s world. We still require warrants before police search a home or tap a phone. But online surveillance and profiling is arguably a greater threat to our rights, and there are virtually no controls or oversight.

Even the few protections in place are flimsy. All government departments — including the RCMP — are required to complete a Privacy Impact Assessments to identify “potential privacy risks” and make the information available to the public. 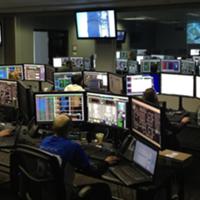 But Carney found that for more than a year the RCMP has been using the software to monitor Canadians without completing the assessment. The project, two years in the making, is in the design stage, an RCMP spokesperson said, so an assessment isn’t required.

Surely the time for an assessment is before the decision to buy the software and launch the tracking program, not after it’s in place.

And fifth, and perhaps most critically, there are no signs of change.

In the post-9/11 world, security has become a dominant concern. But only security from bad acts by people the state has deemed suspicious — not security from excesses of government surveillance, for example, or increasing inequality or shrinking opportunity.

Security is important. But without oversight, rules and accountability, we are at risk of trading our rights as citizens, our chance to campaign for change, for a false promise of safety.

It’s not a good deal.