Former justice minister and attorney general Puglaas, Jody Wilson-Raybould, closed her comments before the House of Commons justice committee Wednesday with a powerful statement that reverberated across social media.

“I come from a long line of matriarchs and I am a truth teller in accordance with the laws and traditions of our Big House. This is who I am and this is who I will always be. Gila’kasla.”

Wilson-Raybould is a descendant of the Musgamagw Tsawataineuk and Laich-Kwil-Tach peoples, which are part of the Kwakwaka’wakw, and is a member of the We Wai Kai Nation.

Her matriarchs and knowledge keepers taught her the laws and traditions of the Big House, and she has lived her life in accordance with those laws.

I have to say that I am not from the Big House and my comments will not be about the laws of the Big House, but on Indigenous law as I know it, live by and uphold.

Indigenous laws differ from Canadian law because they are about how we live our lives. It is about our respect and responsibilities for our Mother Earth, the waters that run through her, for all living things that grow from her, for the winged ones, for the four-legged and the sea creatures. It is about our spirituality and seeking our strength in centuries old practices in power places.

Colonial law is ultimately predicated on dispossession of our people and force and violence; it regulates people by punishment of law if you break it and is also an instrument of colonization and legitimatization of colonization. Whereas our law teaches us to be good people and serve the people.

When I think of all the laws of Canada, do I find these foundations of Indigenous laws embedded in them? I think not.

As an Indigenous woman leader, you live your laws and protocols every day. It is who you are and you try to navigate the non-Indigenous world by never violating Indigenous laws. It is like living in two worlds.

You may take a stand for who you are and what you believe in, and it may be to your disadvantage, but that is what you have to do. 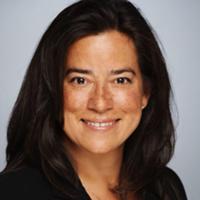 Jody Wilson-Raybould: ‘She Has Always Just Gone for It’

On the Record: Jody Wilson-Raybould’s Devastating Testimony on the SNC-Lavalin Scandal

In my life, I would not do any work that dealt with oil and gas, LNG, Site C, smelters and other developments that would impair in whole or in part our rights and the habitats that sustain them. It limited my work but I had peace of mind in only putting energies into things I believed in, and I felt I was upholding our laws.

When I was chief, I maintained the principles and laws we had: sustainability, restoration and rehabilitation of our territory. Everything we did had to be in line with what we said we were, as accepting anything less would have destroyed our credibility with the world around us.

I have been asked to run in the provincial and federal elections on several occasions or to put my name forward to be a judge. I could never say yes to those things. It is entirely my personal choice as I want to put my time and energies into things related to Indigenous peoples and promoting our rights and way of life. That is me and who I am.

Other people like Jody feel they could do more from the inside of government. These examples of choices made in my life may not be anything in comparison to what Jody Wilson-Raybould went through to come out with her truth, but they were based on Indigenous laws and it was how I navigated a world with much different values than Indigenous ones.

How have her Indigenous laws and traditions and her role as a truth teller helped her to navigate the role she chose to participate in by running in a foreign government and holding high office?

Her truth let her take on the prime minister because she believed in her actions and would not be shaken. She would not let officials sway her because someone in a high position asked her to. She knew her duties and things like jobs, elections and a powerful corporation would not change her mind. She would have reached down into her teachings, with the power of the matriarchs behind her, and made her decision and taken her stand based on her Indigenous laws, but also within the laws of Canada.

This was not an easy path to trod, and the path ahead has a lot of challenges yet to be met. Many people are applauding Puglaas, Jody Wilson-Raybould, for her integrity and her truth, as this is not a common occurrence.

What we have witnessed is a strong Indigenous woman telling her truth, guided by Indigenous laws. Whether you agree with her or not, she has to be admired for her strength, courage and for speaking with a strong voice. There is an incredible power in our Indigenous laws that the prime minister is only beginning to understand.