Tony Clement says he’s very sorry he sent sexually explicit pictures of himself to someone who then tried to extort him, and now he’ll find “the help and treatment I need in my personal life to make sure this will not happen again.”

Any compassionate person will wish Clement well in straightening out his life. Finding treatment won’t be a problem. He is wealthy and utterly connected. Awaiting Clement (and his cheque book) are soothing professionals in calm, warmly lit rooms. They will seek to heal his troubled mind. They will not judge or moralize. They are realists about the irrational impulses that made Clement secretly engage in risky acts that some in society find shameful.

Addiction is one word we give to such behaviour in need of “treatment.”

If only Clement had been willing to show the same reason and compassion towards another category of people with addictions — people whose dangerous craving was for narcotics rather than sexting.

Instead, as health minister from 2006 to 2008 under prime minister Stephen Harper, Clement cracked down on drug users. He endorsed having far more of them arrested and thrown in cells. “The party’s over” for illicit drug users, he said in 2007, declaring Canada’s government “back in the business of an anti-drug strategy” driven by law enforcement. Proof: Arrests for mere cannabis users were up by over a third in some Canadian cities.

Four years later a Justice Canada evaluation of that strategy pointed out the obvious: “Being sentenced and jailed for drug offences can often foster negative emotions and hopelessness that can often lead to further drug use.”

Another way to put it: Jail is not, for any troubled mind, an ideal place to find “the help and treatment I need in my personal life to make sure this will not happen again.”

Clement of course doesn’t face jail. What he admitted to yesterday is not criminalized, though, like drug users, he hid in shadows carrying on with stigmatized, self-sabotaging behaviour.

Yesterday, a chastened Clement emerged from his furtive fugue of sexting and said: “I recognize now that I have gone down a wrong path and have exercised very poor judgment.”

When Clement was health minister, many experts tried to explain to him the nuances of “harm reduction” methods. Rather than increase harm to drug users by imprisoning them, he was urged, let us instead attend to their mental and physical health. With improved well-being came clarity, a higher likelihood the user might recognize their own “very poor judgment.” Of course there were no guarantees. Some addicts never quit. Some never get off their own “wrong path.”

Still, advocates argue a simple justification for harm reduction: it saves lives. A beacon of harm reduction is Vancouver’s Insite clinic, where needle drug users can safely inject themselves under the supervision of a medical professional. Clement led the charge to shut down Insite. At first he claimed to be making policy based on evidence. But the medical research overwhelmingly showed Insite worked. And so Canada’s health minister dropped the pretence of caring about facts born of studies. He moralized from his pulpit.

“The supervised injection site undercuts the ethic of medical practice and sets a debilitating example for all physicians and nurses, both present and future in Canada,” he lectured a meeting of the Canadian Medical Association. “This is a profound moral issue.”

The “minister is off-base in calling into question the ethics of physicians,” retorted then CMA president Brian Day. He accused Clement of “manipulating medical ethics to make a political point.” Four out of five surveyed doctors in Canada supported Insite and harm reduction. 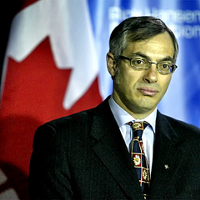 By the time the issue got to the Supreme Court of Canada, the judges saw Clement’s science-free preaching (to the pews of his Conservative base) for what it was. “Insite saves lives,” they concluded in 2011. “Its benefits have been proven. There has been no discernible negative impact on the public safety and health objectives of Canada during its eight years of operation,” and so it would stay open.

As health minister, Clement argued as if every dollar spent on harm reduction must subtract one from treatment. This was sad, he said, because wealthy people with addictions can easily get expensive care while poor people cannot: “We can and we must do better than this if compassion is our motive.”

Several years later, Harper appointed Clement president of the Treasury Board, where he presided over a budget that dramatically hiked dollars for police and prosecutors while deeply cutting treatment funding.

If Clement now needs treatment for his unfortunate proclivities, he should have it. When he asks for our understanding, he should get it. Just because he got caught doesn’t mean we should heap more harm upon the harm he’s already done to himself and those who love him. As quite a few people might have told him from their jail cells, had he cared to know.