You might think a mega-project with huge cost risks would become a major issue dividing candidates who aim to be mayor. Not this time in Vancouver, where all four of the so-called leading candidates give at least weak support to extending all the way to the UBC a Broadway subway that so far is slated just to run to Arbutus Street.

Some candidates are more fully on board than others. Mayoral candidate Shauna Sylvester seems the most wildly enthusiastic, saying that, “Once we start digging… we need to connect to (UBC)… you don’t start and stop again.”

Sorry, yes you do, if the gamble is too great, the price tag is too high, and the supposed reason for the project doesn’t add up.

The price tag. The already-slated stretch of the Broadway subway, which would start at Commercial Drive and end at Arbutus Street, was supposed to cost $2.1 billion but now is pegged at $2.8 billion. Running it out to UBC could add $4 billion more, as we elaborate below. Perhaps a lot of Vancouverites aren’t worried because they figure the feds or province are certain to cover almost all of it. They should worry. Read on…

The gamble. Three sources of funding are earmarked for the Broadway subway to Arbutus: federal, provincial and local — local meaning a combination of money from local taxpayers and TransLink, according to press reports. But as mayoral candidate Kennedy Stewart recently acknowledged, the precise mix of funding for the Broadway subway to Arbutus is not yet a done deal. Ottawa’s share is not guaranteed until the federal budget is passed this spring.*

We do know that the local share of the cost just shifted from 20 to 28 per cent. Given the new estimate of an overall cost of $2.8 billion, and using Grade 4 math, it looks like the local share of the Broadway subway, a share that will somehow have to be drawn from local revenues, will be somewhere just shy of $800 million. To make that local share number more understandable, it’s an amount equal to about 60 per cent of the city’s 2018 budget, or about $3,000 for every family in the city. Who, knows, that burden per family could grow even heavier depending on how big a slice of the whole ends up being assigned to the local share.

And that just gets us the train that stops at Arbutus Street. What will it cost to “keep digging” all the way to UBC?

Three to four billion dollars more, is the answer, if costs are even close to the cost of the first leg to Arbutus. That buys more than doubling the length of the line, adding either 6.5 to 7.5 kilometers depending on how many stations UBC will have. The entire price of the Arbutus to UBC line, put in understandable terms, would be about $13,000 per Vancouver family. But that’s not how leaders are imagining it being fully financed, as discussed below.

The flawed reason. It makes zero sense to spend all those dollars once you ponder the problem the line is supposed to fix. It would exist, proponents say, so that students, faculty and staff, priced out of accommodations within bicycle range of UBC, could commute from Burnaby and Coquitlam to the university. For that problem a far better fix would be to build housing for all of the students, faculty and staff right on campus. The university could finance and build over 20,000 housing units on campus land, and profitably house any student, faculty, or staff member who wanted it. Profitably. Because it has free land. Rents would only have to cover construction costs, which they could and would.

Even proponents of the Broadway extension don’t claim that we need such an expensive system now. Designed to deliver 20,000 people per direction per hour, it’s wildly overbuilt for current transit loads, which max out at around 4,000 people per direction per hour during September peak times. That number is the maximum “crush load” of all the buses travelling on West 4th Avenue and Broadway at peak hours.

That doesn’t seem to faze project boosters. “It’s designed for the future!” they proclaim. And what future is that? It’s a future that learns nothing from the recent past because it allows the areas around UBC to replicate the kind of condo construction that has made the city so unaffordable. Project enthusiasts imagine thickets of glass towers at the Jericho lands and the UBC golf course — tens of thousands of condos priced for the global market — to both justify and help finance the extension. The university, meanwhile, is planning to help finance its bit of the subway line by building more condos down at the south end of campus (where the stadium is now located) served by a second UBC SkyTrain station.

Some of that housing will be for faculty and staff, financed presumably from the profits of their land development ambitions. But if the university hopes to finance an endowment, a new stadium, faculty and staff housing, and even a small portion of the $500-million-per-km cost of the subway line, they'd better be selling one heck of a lot of market rate condos. Current speculative plans put the range of total construction at about 1.5 million square feet, which would be worth about $2.2 billion if it was all sold at current market rates.

The dirty little secret of this election season is that up until recently the city really didn’t see the need for extending the subway beyond Arbutus. Sources within the city’s own engineering department have for years excused the decision to build the “halfway Broadway subway” instead of the far cheaper light rail all the way to UBC because transit ridership currently drops off by 40 per cent beyond Arbutus. What would make much better sense, they said, would be a far cheaper surface spur line originating downtown at the Convention Centre, swinging around Science World, proceeding past Granville Island and up to Arbutus and Broadway. There the line would split with some trains going to UBC and others down the Arbutus Greenway and eventually to the Fraser Lands.

Instead, our mayoral candidates are embracing a transformation of Vancouver propelled by a yet-to-be-built subway. They accept fevered dreams of Metrotown-scale real estate plays for the Jericho Lands, the “Stadium District” at UBC, and the UBC golf course. These dreams were stimulated by the Broadway subway plan — a tunnel bored all the way to UBC that plugs into, connects, and therefore enables these investment utopias.

What if, instead one mayoral candidate were to turn to the cameras and say this:

“Some call this mega-project the ‘Brain Train’ because they claim it will connect some imagined ‘Silicon Valley North’ on False Creek Flats to some ‘biotechnology hub’ at Vancouver General Hospital to some more brains at UBC. 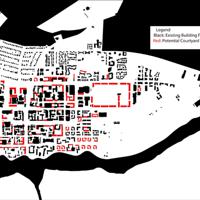 Why UBC Should Let Way More Students Live on Campus

“I call it something else — the Train to Stupidville. Because we don’t know the bill we’ll be stuck with, only that it will be a whopper. And for our troubles, we subsidize a massive real estate play that replaces green spaces with more high-priced condo towers and lets UBC off the hook housing its own students.

“It’s about time we start facing up to the fact that we are a nice little city and stop working against the modest realities of our local economy. Eighty-five per cent of our jobs, and almost all of our projected job growth, is in the service sector — teachers, nurses, accountants, bus drivers, baristas, cops, yoga teachers and the like. And the fact is that none of these folks can afford to buy into these glittering condo tower clusters.

“It’s way beyond time that we stop chasing an unreachable future at the expense of the taxpaying citizens who are already here.

“This is our last chance, Vancouver. Stop the madness and start spending money on the things your kids and grandkids need — a home in what might still be, if we are smart about it, a nice place to live.”