Who would have thought that a not guilty verdict in a second-degree murder trial could become a major barrier to reconciliation? The verdict shone a brighter light on systemic defects in the Canadian justice system that are a bar to reconciliation.

On Friday, Gerald Stanley, a farmer in Saskatchewan who shot and killed a 22-year-old Indigenous man was found not guilty of second-degree murder or manslaughter by a jury of his peers. The killing of Colten Boushie and the trial showed the strong racial divide between Indigenous and non-Indigenous people.

The verdict was a blow to reconciliation between Indigenous people and the government and the rest of Canada. It was another black mark against progress and good relationships. There may have been a trial and a jury verdict, but a flawed legal system meant the trial was weighted against a conviction.

What can be said or done to ease the hearts of Colten Boushie’s family, friends, community and Indigenous peoples across Turtle Island over his death and now being told that the man who shot him is not guilty? What will it take for indigenous peoples to feel safe from another similar incident? What can restore confidence in a one-sided justice system that we are forced to be a part of? Right now so many people believe there was no justice for Colten Boushie and are trying to find ways to find justice and peace for him.

The Indigenous community across the country has reacted by holding protests voicing their concerns over what is seen to be an unjust verdict. It has major media coverage, even spreading into the New York Times and other newspapers around the world. Social media and opinion pieces are rampant with views on what has happened. Indigenous Nations and organizations are calling for expert panels to recommend changes to the justice system, inquiries and Royal Commissions.

This is not a small matter and rightly deserves exposure as everyone contemplates their own children’s safety, and reflects on a justice system that just isn’t working.

Now we can add to the list of things to be reconciled the fact that a non-Indigenous person got away with killing a young Indigenous man with a verdict delivered by an all-white jury.

Trust of governments by Indigenous peoples has always been elusive due to the past colonial history. What trust or working relationship that existed has now been shattered by this jury decision. That the justice system can allow such verdicts is beyond the comprehension of most Indigenous peoples. Would this have been different verdict if it had been a non-Indigenous youth being killed? Sadly, we all know it would have and that is the tragedy. First Nations peoples are still being treated like second-class people in 2018.

What can be done to try and help get back some of the ground lost with this major blow? The federal minister of justice and provincial Attorney Generals need to move immediately to change the rules on juries so that all-white juries with embedded racism and lack of tolerance cannot hear such cases. There have been many recommendations over the years on fixing the systemic flaws; now is the time to act on them.

There also have to be changes in RCMP conduct and processes. The RCMP got away with searching the trailer of Colten Boushie’s mother right after the murder when Colten and his mother and family were the victims. They told her in a very cold way her son was dead. There was an internal review of police conduct and, of course, they were found to be within their power.

Then the RCMP did not take care of critical evidence. The vehicle in which Colten died was left it in the rain for two days, so important evidence was washed away. It was like they were sabotaging the prosecution of a non-Indigenous person before the trial began.

RCMP conduct has been under great scrutiny in the National Inquiry into Missing and Murdered Indigenous Women and Girls and there are big issues and problems regarding how the force treats Indigenous peoples. This does not apply to every RCMP officer, but we see it often enough that we know there is a major problem there. Even independent reviews of RCMP conduct are not producing the results we need to see. We hear good words from RCMP Commissioner Bob Paulson, but he must find ways to ensure every officer treats Indigenous people with dignity and respect, rather than looking down on them or treating them differently than non-Indigenous peoples. This should not be such a big deal. But it is, and this is a bar to reconciliation.

The lack of a conviction in the killing of Colten Boushie can be a barrier or it can become a chance to change what is wrong in the justice system. 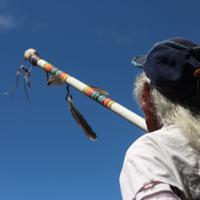 True reconciliation comes with positive change and actions to address the wrongs of the past. Words of solace from the prime minister and justice minister are nice, but we need action to eradicate racism from the justice system for true reconciliation in Canada. On Monday, The Globe and Mail reported that the Boushie family will meet with senior members of the Liberal cabinet to share their experience and ideas on how to fix the courts. This is a good step forward for the government, but again, immediate action is needed to make those changes.

For reconciliation, we need to know there will never be another trial like this one.

Comments disabled for this story.