[Editor's note: Captain Paul Watson leads Sea Shepherd Conservation Society, whose direct actions against whaling, shark slaughter and other threats to marine life have resulted in drama, victories and warrants for Watson’s arrest in Japan and Costa Rica. He shares with Tyee readers this tribute to Rafe Mair.]

A Rafe Mair Memorial Fund for investigative environmental reporting at The Tyee would be a wonderful tribute to Rafe and I will certainly encourage our supporters to contribute to it. Investigative reporting on environmental issues is a necessity for a meaningful dialogue on important issues that have the potential to deeply affect all of our lives.

When Rafe died earlier this month, Sea Shepherd lost an incredible member of our advisory board.

Unfortunately I am not allowed into Canada to attend Rafe’s public memorial services this Monday in Vancouver.

I did Rafe’s show on CKNW and CJOR many times. The most memorable was in August 1981 when we were under pursuit by the Soviet Navy off the coast of Siberia. It was a live interview with two helicopter gunships buzzing around us and a Soviet Frigate alongside ordering us to stop. Rafe heard the Soviet captain say by VHF radio, “Sea Shepherd, stop your ship immediately and prepare to be boarded by the Soviet Union.” I refused to stop and answered that we did not have room for the Soviet Union. 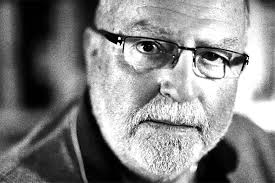 Tyee readers and all other members of the public are invited to a memorial service for Rafe Mair to be held Monday, Oct. 30 at 11 a.m. at Christ Church Cathedral, 690 Burrard St., Vancouver. Speakers will include environmental advocates Joe Foy and Damien Gillis.

Rafe often said that was the most exciting interview that he had ever done.

And I was pleased that Rafe, a legendary hero for the environment, wrote the forward to my book Cry Wolf! His advice on dealing with the media and with the B.C. government was always very useful and he was very helpful in our campaigns to protect salmon and wolves in B.C.

Rafe was a journalist of great integrity and courage. A voice made for radio. He was an independent thinker who could see the political points of view across the political spectrum. I was very much aware of his writing in The Tyee and the Commonsense Canadian. He was a highly respected journalist and I believe he made many people think about important issues.

The mission of Sea Shepherd is to combat overfishing, illegal fishing, illegal whaling, acidity, climate change, plastic, pollution, salmon farms, etc. Our motto is: If the Ocean dies, we all die.

Rafe’s motto was: Don’t ever give up. Giving to the Rafe Mair Memorial Fund for Environmental Reporting is a powerful way to say you haven’t given up, and won’t.

There are 17 days left to reach a $50,000 goal for the Rafe Mair Memorial Fund for Environmental Reporting. To see where we stand, and learn more, click here.