When I taught overseas back in the ‘90s, friends suggested I put a Canadian flag on my pack. They explained that I’d have a better time if I didn’t look like an American — and that people around the world generally liked Canadians. I doubt this was ever truer than it is today. Regardless of how you personally feel about Trudeau, his administration’s policies towards refugees present Canada as a ray of hope in an otherwise tumultuous world.

It’s one thing for our prime minister to put forth such mandates. It’s another for citizens to stand by them. That part is on you — and you’ve done an amazing job. Over 13 months, 350 communities across Canada welcomed 40,081 Syrian refugees. Mohawk people in Montreal performed welcoming ceremonies. The mayor and residents of Prince George packed their airport to greet their new neighbours. As I write this, Whitehorse’s Riverdale Baptist Church is sponsoring their city’s third refugee family since last year.

This is no small thing. You raised funds, opened your hearts, reunited families, established language programs, offered jobs and created new curricula. This isn’t a one-way street. Syrian refugees quickly stepped up to help Fort McMurray fire evacuees. They created new businesses and restaurants that enrich our communities and contribute to our tax base. They’re also saying thank you in many ways, one of which is perfectly Canadian: Tim Hortons coffee and doughnuts.

I work with refugees daily, at Pacific Immigrant Resources Society (PIRS). In this role, I’ve heard stories of unfathomable pain faced by refugees. These include war, persecution, torture and the loss of loved ones. In order to escape, they left behind their homes, communities and countries — not to mention their incomes, assets and professional standing.

Sadly, this hardship doesn’t end upon arrival in a new country. Many experienced intense trauma, which results in flashbacks, memory problems and difficulty concentrating. Some suffered added traumas in transit or in their new home countries. Seidu Mohammed, for example, lost his fingers to frostbite to flee the U.S. for Canada.

The outpouring of support in Canada isn’t absolute; racism is still present. Refugees deal with poverty, and often don’t understand our systems, culture and processes — and can face discrimination. Many struggle with language barriers. And losing one’s home leads to other questions like: How do I start over? What’s my purpose? Where do I belong?

It’s even harder for refugee women. They no longer have access to family support networks. The Government of Canada says they prioritize women but their policies don’t often reflect this. Women are more likely to act as caregivers — and are often less immediately employable. As such, it’s difficult for them to access programs, community and job opportunities. This makes it harder for them to integrate into their new country. This can lead to isolation and depression.

Like any other parent, these women want the best for their families. They want their children to be successful in school and to be productive members of society. Many also wish to find employment and become active members of their new communities.

Through the efforts of Conservative immigration critic Michelle Rempel, 1,200 Yazidi refugees are coming to Canada. These people endured an ISIS attack that left 5,000 dead and 7,000 kidnapped. Boys and men were forced to fight for ISIS, and women and girls as young as nine were forced into slavery facing violent daily rapes. The UN considers this atrocity to be a cultural genocide that amounts to crimes against humanity.

Canadians stand for women’s rights. Our cabinet is fully gender-balanced. Reproductive rights are prized, as evidenced by maternity leaves recently being extended to 18 months. These same values must be afforded to our most vulnerable populations. This includes providing support to refugee women so they feel welcome and empowered in our communities. 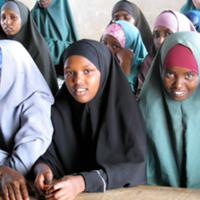 There’s Another Way for Canadians to Help Refugees

What you can do to support refugee women

When daycare costs are prohibitive, refugee women are less able to access work. We must prioritize the $10aDay childcare plan at the government level. Educational programs for newcomers must be adapted to better accommodate women who’ve experienced trauma and violence so they can integrate more quickly into our society. It’d also help if it were easier to access mental health programs.

On a community level, we can assist teachers who work with refugees, providing them with training and access to mental health experts and added staff. We can make programming for refugees more accessible through our neighbourhood centres. Local organizations can also accomplish this by working together in collaboration.

Individuals can also play a part. Although local associations, neighbourhood houses and churches need financial support, they also appreciate volunteer support. Take time to familiarize yourself about refugee issues by checking the news, reading refugee stories and even visiting your local mosque.

This Tuesday (April 4) is Refugee Rights Day. I welcome you to volunteer with refugee women and children, take part in a community kitchen or check opportunities with your local immigrant service agency. Together, we’re making Canada more diverse, colourful and kind.