“To see what is in front of one’s nose needs a constant struggle.” — George Orwell

Today’s British Columbia’s budget will be full of positive language about how well the province is doing and, therefore, promises to help those in need, create jobs and cut taxes too.

And it will surely say Premier Christy Clark’s BC Liberals believe it’s better to put “money in your pocket, not in government’s.”

But the truth is different. It can be found hidden in the budget’s hundreds of pages, but the truth won’t grace the lips of Clark or Finance Minister Mike de Jong — because it’s too brutally harsh.

The truth would cost the BC Liberals the May election.

Alex Gervais found out that truth and it led to his suicide — an 18-year-old in government care who was grossly neglected.

And people with disabilities know that same truth, because their government benefits would need to almost double just to get to the 2015 poverty line of $20,386.

The truth is not a secret. It’s actually in front of our noses, if we struggle to look.

The BC Liberal government has made budget choices for 16 years that give the least priority to those in the most need. Period.

Those budgets are why Alex, in desperation and despair, jumped out of an Abbotsford motel window to his death at 18.

Because in Alex’s troubled life as a child in care since being removed from his birth family at seven, he had lived in 17 different places and had 23 different social workers and caregivers. Unforgivable.

Because he was living alone in that hotel for 49 straight days instead of being in a home.

Because Alex, a Métis youth who so urgently required help, got none from a government whose most sacred responsibility should be to care for those in need.

Because Alex was months away from “aging out” at 19, losing what limited support he had, and was extremely anxious about it.

Yes, there were many other mistakes made, as the Representative for Children and Youth’s report “Broken Promises: Alex’s Story” made tragically clear this month.

Perhaps the most outrageous is that while foster parents complain they haven’t had a significant increase in support payments in ages — currently a meagre $909.95 basic monthly rate to take care of children aged 12 to 19— Alex’s caregiver, not a foster parent or social worker, was being paid an astonishing $8,000 a month. He allegedly didn’t see Alex in the 10 days before he died!

Understand that Alex’s story and the stories of people with disabilities is the story of B.C. budgets, and decisions about what gets funded with how much money.

And if tax cuts are made, Alex or people with disabilities pay the price.

Those tax cuts will come despite an appalling lack of adequate services for children in need, adults in need, health care, education — for so many things the government is supposed to do properly, but is not.

So don’t believe for a minute tax cuts come because Clark and de Jong really think you’ll spend money better than them. It’s simply because they want to use your own money to buy your vote.

They want you to think they are doing you a big favour and are great managers, when really, they have done you a disservice.

The government has not spent its funds wisely — and it has taken too much out of your pocket at the same time.

But you would have spent the money better than Clark, because you wouldn’t have let Alex Gervais be so terribly treated.

You would have insisted that foster parents be fairly compensated, and more families encouraged to take in children in need.

You would have demanded young people at risk get better, more consistent care than the revolving door Alex faced in a dysfunctional system.

You would have raised disability rates to at least the poverty line, as low as that is, instead of leaving them for nine years with no increase. B.C.’s rates now rank just fifth in Canada, thousands of dollars less than Alberta, Saskatchewan and Ontario. 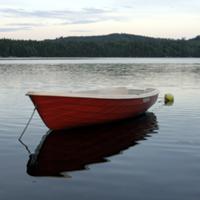 We Need a BC Budget that Truly Lifts All Boats

And you definitely would not have done what the BC Liberal government did in last year’s budget — give people with disabilities their first paltry increase in nine years, $77 a month for singles, and then claw it back by charging many of them $52 a month for their previously free transit passes, leaving them with $25 a month more. A $66-per-month Special Transportation Subsidy received by some people on disability assistance was also clawed back, leaving them with an increase of just $11 a month.

Now the BC Liberals are trying to claim they’re fixing that with a small increase of $50 a month, but that doesn’t even make up for the $52 a month many lost with the transit pass clawback. And even those who didn’t have a transit pass to claw back are still woefully impoverished, even after the $50 increase. A single person is expected to survive on $1,033 a month.

And that’s who pays for a tax cut — people in wheelchairs, on scooters, with terribly debilitating illnesses of the body and mind who simply can’t work through no fault of their own.

The B.C. budget is about choices — who gets tax cuts, who gets help and who goes without.

Just remember the budget is your money — that you have choices too — and that people like Alex Gervais depend on you to make the right ones.