“The notion that we have all the democracy that money can buy strays so far from what our democracy is supposed to be.” — U.S. Supreme Court Justice Ruth Bader Ginsburg in 2014

Are the BC Liberals planning to do the right thing in the wrong way to damage the New Democrats and other parties by changing political fundraising rules to their own advantage next month?

That’s a real possibility, according to democracy watchdog group Integrity BC. And it would make this province’s ridiculous political financing situation —described by the New York Times as the “wild west” — even more outrageous.

Rumours abound of impending radical changes. And Premier Christy Clark has confirmed her government will introduce legislation requiring “real-time” disclosure of party contributions when the legislature resumes sitting on Feb. 14.

The BC Liberals are facing serious pressure over fundraising practices. The province still allows unlimited corporate, union and individual donations. The BC Liberals have exploited that, holding dozens of private fundraising dinners where people pay up to $20,000 to meet Clark and cabinet ministers; accepting contributions from foreign donors; and, until recently, paying Clark a $50,000 a year “stipend.” (Now Clark says she will claim unspecified expenses from the party.)

But with one bold change — immediately banning corporate and union donations — the BC Liberals could counter the critics and put the NDP and other parties at a huge disadvantage.

The Liberals would keep their $12.3-million war chest — two-thirds of that from businesses — raised in the last year. NDP fundraising totals for 2016 aren’t know yet, but the Liberals raised four times as much as the New Democrats in 2015 and things likely haven’t changed.

A ban would mean the NDP, Greens, Conservatives, other parties and independent candidates couldn’t raise one thin dime from unions or corporations for this election.

But the BC Liberals would coast through the election with more money than they can even spend under Elections BC limits.

And they could say they did what the public, NDP and other parties called for — but it would be in a grossly unfair way.

Integrity BC, which wants corporate and union donations banned, is deeply concerned.

“I’ve heard a lot of rumours about the BC Liberals bringing in a corporate and union ban,” Integrity BC executive director Dermod Travis told me Sunday.

And Travis understands how an immediate prohibition on such donations would greatly benefit the BC Liberals.

“Changes should only come through consultation with all parties,” Travis says. “There should be a one-year transition period to let parties get their acts together.”

The BC Liberals could even end corporate and union donations while not putting any limit on individual contributions. That would mean the very rich could simply give the BC Liberals hundreds of thousands — or millions — of dollars to ensure the election of a government that looked after their interests. Other parties have no chance of similar giant contributions.

“That would immediately cause the same problem we already have — wealthy individuals would give large donations,” Travis says.

Indeed, the BC Liberals voluntarily disclosed list of 2016 donors shows that Dennis J. Wilson gave a whopping $100,000 gift. He would be better known as “Chip” Wilson, the founder of the giant Lululemon clothing empire.

And if people like Wilson — who owns a $75-million Vancouver house — are exempted from any limits on political contributions, then nothing will have changed.

Travis believes a cap on personal giving of between $1,550, the current federal limit, and $5,000 is reasonable.

Even worse, the BC Liberals could ban corporate and union donations and also make the legislation retroactive to an earlier date. The NDP and other parties would then have to return any union or business contributions they had obtained before any legislation was announced.

“Retroactivity should be completely off the table,” Travis says.

But Alberta’s NDP government made its own legislation banning corporate and union donations retroactive — albeit only by a week. The BC Liberals could cite that to counter any NDP objections, despite hugely different circumstances as the B.C. New Democrats don’t have a war chest funded by big donors as Clark’s party now does. 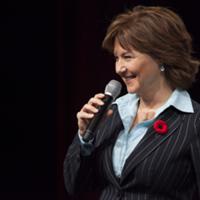 Please Advise! Does It Take the New York Times to Spook a Premier?

Worst of all, if B.C. does not ban foreign political contributions — they are now legal — then even a corporate and union prohibition will not level the playing field.

Rich foreigners with business interests in B.C. could make “personal” donations of huge amounts without any way to determine if they were really corporate contributions funnelled through an individual. Transparency in many countries is so lacking the real source of the money would never be known.

“You shouldn’t be able to donate in B.C. unless you can vote in B.C.,” Travis rightly says.

The federal government and other provinces like Alberta, Manitoba, Ontario and Quebec have ended corporate and union donations and limited individual contributions to make politics both cleaner and fairer.

All major parties but the BC Liberals are calling for the same changes. But it would be outrageous if Christy Clark brought in that legislation with the sole aim of hurting other parties and ensuring her victory in the 2017 election.