To create a safer world for them, more women must be involved in peacekeeping processes.

The Department of National Defence’s current Defence Policy Review is an opportunity to make this a priority for Canada. The timing couldn’t be better — as we resume our participation in United Nations Peacekeeping Operations around the world, we can show how women are essential to successful peace processes.

The UN itself pushed for gender-based analyses of conflict situations and the inclusion of women at all levels of the peace process when it passed Resolution 1325. And since its ratification in 2000, Canada has signed off on seven additional treaties that recognize the importance of women in peace and security processes.

Canada can now live up to its international commitments and act as a leader in improving the lives of women and children affected by conflict by having more women participate on the ground.

In the words of Hervé Ladsous, head of UN Peacekeeping Operations: “Women can and must play a leading role in political participation, conflict resolution and transition from conflict to peace.” 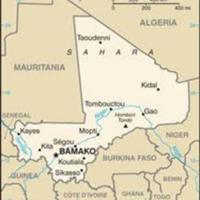 When women are included in peace processes, progress is more resilient.

Many UN peacekeeping experts have stated that women are a vital and irreplaceable resource when interacting with local communities during peace missions by virtue of their ability to reach out to women and children with more success than their male peers.

Since women and children are the primary victims of violence and abuse, female personnel have achieved higher rates of success at approaching these victims, who would otherwise be largely silent.

When women take on leadership roles, the missions they lead are more likely to include a focus on gender-responsive peacekeeping styles, the prevention of sexual violence and the handling of child soldiers.

And women on the ground during peace operations foster greater trust in the communities in which they serve, leading to an increased reliability in intelligence and opportunities for capacity building.

At home, Canada can take pride in the great steps it has recently taken to improve the status of women through its military policy.

With Op Honour, the Canadian Armed Forces have made a firm commitment to prevent sexual misconduct and harassment within its ranks.

Canada is also ahead of many nations worldwide in employing female soldiers despite its failure to meet the DND target of 25 per cent.

Against this background, Canada is well positioned to contribute to peace efforts on a global scale.

The Defence Policy Review represents an opportunity to make the well-being of women and girls a priority for Canada. By adopting a strategy to place women on the ground and in high-level positions across peace operations, Canada can play a major role in addressing the unique challenges faced by women and girls in conflict zones.

For the sake of these women and global security, we must seize this opportunity.