It's said nothing can stop an idea whose time has come, but politicians know you can sure slow it down. A Canadian social experiment in the 1970s might have prevented 40 years of a widening income gap and social misery. Instead, conservative politicians -- federal and provincial -- ended the experiment and suppressed most of its findings. 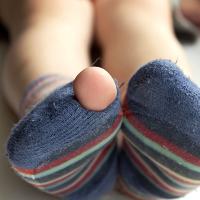 How Many Poor Kids Live in Your Riding?

Now the idea is coming back, not in Canada but in countries like Finland and Germany: the idea of a guaranteed annual income for everyone, working or not. If those countries succeed in establishing guaranteed incomes, the pressure on Canada to do the same could be wonderfully irresistible.

As strange as it may sound to those born since 1980, the guaranteed annual income was once a seriously debated issue. Far from being wildly left-wing, it was first proposed by conservative economist Milton Friedman. In those less polarized days, left and right studied the idea as policy, not theology. It became a component of Lyndon B. Johnson's War on Poverty.

But when Vietnam drove LBJ from office, his successor Richard Nixon scaled it back from policy to experiment. And he put the experiment in the hands of two rising officials, Donald Rumsfeld and his assistant Dick Cheney.

This background comes from an important study by Dr. Evelyn L. Forget of the University of Manitoba. She points out that Rumsfeld and Cheney wanted to try a scientific approach, with randomly chosen populations matched against control groups. They wanted to learn what a guaranteed income would do to the workforce, to the family, and to the general health of the population.

They found that workforce effects were minor: some women dropped out to look after their newborns, and teenage boys worked less while staying in school longer. School children's test scores went up, and dropout rates went down. Babies born to poor families on guaranteed income had higher birth weights.

But a statistical error suggested that black families broke up at a higher rate if they had guaranteed incomes, and this cost the experiment political support. By the late 1970s, the American experiments were abandoned.

Here in Canada, however, the "Mincome" experiment in Manitoba launched in 1974. While some aspects of Mincome were like the American trials, we tried something different: all 10,000 people in the town of Dauphin were included. Without going into the details, the experiment offered a real income boost to old people, the working poor and single men.

'Archived' in the memory hole

Dauphin soon ran into trouble: the 1973 oil shock had just hit, rampant inflation was under way, and the $17 million budgeted for the experiment (about $80 million in today's dollars) was a serious underestimate. Squabbles between Ottawa and the provincial government complicated matters, and when the program ended in 1979, much of its data was "archived" but not analyzed.

Still, Dr. Forget was able to draw some striking conclusions from those archives. After Mincome launched, she found, "Dauphin residents had a significantly lower rate of hospitalization than the controls" -- fewer cases of accidents and injuries, fewer mental health cases, even fewer births to women under the age of 25. The rate of family breakups was unchanged from pre-Mincome years.

"The results," Dr. Forget concluded, "would seem to suggest that a guaranteed annual income, implemented broadly in society, may improve health and social outcomes at the community level."

By the time Mincome was shut down, the age of Thatcher and Reagan had begun. Continuing research still showed that public health and life expectancies worsened as the income gap widened -- and in Britain and North America, the income gap widened still more as money was taken from the poor and awarded to the rich.

The process was slower in Canada, thanks largely to medicare and other social programs, but the income gap certainly imposed an increasingly brutal toll on the working poor and especially the First Nations.

Early death by a thousand cuts

For over 30 years almost every government social program, from health care to education to welfare, has downloaded more and more of its costs onto its supposed beneficiaries. Students, for example, pay more of the costs of their education than their parents did. The sick pay for more of their treatment, sometimes by contracting diseases while hospitalized -- or simply by dying sooner than they should have. Children in care pay for that care by wrecked lives, drug overdoses, or early death.

Inflicted gradually over decades, these cuts to services amount to a slow disaster in public health, one that's worsened since the adoption of "austerity" policies after the 2008 financial collapse.

You might even make the case that the new proposals for guaranteed incomes are a cynical plan to download still more social costs on the beneficiaries. Finland, for example, is exploring the idea of paying 800 euros monthly (about C$1,270) to every adult Finn. Yet Finnish trade unions have historically objected to the idea, arguing that it would produce a low-wage, low-skilled society where people scrape by on low pay supplemented by the guaranteed income.

More seriously, such an income might replace social welfare benefits. As one Finnish news report explained it, "it should be possible to combine benefits and accepting work should be worthwhile after the shifting of the basic income. Besides, the reform will save public finances millions of euros.... The transition to the new model would see the different forms of current support being scrapped."

But the Finnish plan wouldn't claw back pensions or other benefits. The 800 euros would be pocket change for the affluent, but (protected from inflation) a lifesaver for the poor. They could enjoy a degree of control over the kinds of jobs they're willing to accept, and the kinds of services they would spend their money on.

Back in control of one's life

That control could itself save Finland a lot of euros. Feeling out of control of one's own life is a demoralizing experience that triggers stress, which in turn triggers antisocial behaviour and self-medication with tobacco, drugs and alcohol. This is precisely why unequal societies tend to have higher levels of violence and incarceration and shorter life expectancies than equal societies, as researchers like Richard Wilkinson have documented.

Governments have even learned that when a natural disaster strikes, the victims recover faster with cash than with handouts. Providing free shelter and food tends to infantilize the victims; money in hand removes their victimhood and makes them the agents of their own lives.

As Wilkinson, Sir Michael Marmot and many others have shown, health improves as stress falls. Healthier people make fewer demands on the healthcare and welfare systems. Because they're also working more, they're buying more, keeping the consumer economy going.

Some might argue that by the sweat of our brow we should earn every benefit we enjoy. But no Canadian baby ever pays the cost of her own delivery in a modern hospital (and her parents' chief financial worry is the cost of hospital parking).

That baby pays not a penny for her education, or for the roads where she learns to ride a bike and then drive a car. It's all part of the package, and the kid will enjoy such free benefits for a long time before she's ready for work and taxes.

Even the kid who's a lazybones is more useful with an income than without -- at least he creates a market for skateboards and video games. And if you can pay him to learn job skills that will let him buy still more video games, it's money well spent.

One fact alone makes the guaranteed income worth adopting here. B.C. has the highest rate of child poverty in Canada, which really means it keeps more single parents in poverty than any other province.

If we're willing to spend our taxes on Gastown sidewalks filled with non-taxpaying tourists, and on northern B.C. highways we'll never travel, then surely we should be glad to make a decent basic income just a perk of being a British Columbian -- and a Canadian.