A national group of anti-poverty advocates is trying to draw attention away from the middle class to lower-income issues this election by shaming federal candidates with their riding's child poverty numbers. 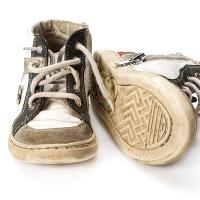 While British Columbia had neither the worst nor the best child poverty numbers in Canada, it is home to 20 of the 147 Canadian ridings with poverty rates above the 19 per cent national average. (See the B.C. map here.)

"There's child poverty in every riding," said Adrienne Montani, provincial coordinator for First Call: BC Child and Youth Advocacy Coalition. "But [the data] does show the inequality between ridings."

In B.C., Nanaimo-Cowichan has the highest child poverty rate at 28.2 per cent after-tax, followed by Surrey North at 27.7 per cent and Richmond at 27.6 per cent. First Call examined the 2011 federal ridings, because that was the data available to them. The anti-poverty group Campaign 2000, however, plans to release an interactive Canada-wide map today showing poverty rates for both the 2015 and 2011 federal ridings.

To create the map, both groups used Statistics Canada's 2013 Taxfile data for families with children 17 and under who made incomes below the Low-Income Measure After Tax, the most commonly used low-income measurement tool in the world, according to our national statistics agency.

Montani hopes the map -- along with her group's 2015 election kit highlighting issues such as poverty, childcare, mental health, and family tax policies -- will help inform voters when casting their ballots on Oct. 19.

"These could be your neighbours or your fellow riding-mates," she said of those in poverty, adding that Campaign 2000 has also graded the main five parties based on their family policy promises, giving highest marks to the NDP.

The Tyee contacted a sample of Liberal, New Democrat, and Conservative party candidates in some of the highest child poverty ridings in B.C. While several were out campaigning or away from their constituency office yesterday afternoon, we spoke with five candidates who shared how their party would help reduce child poverty in their riding.

Now split into Nanaimo-Ladysmith and Cowichan-Malahat-Langford, the Nanaimo-Cowichan riding was previously held by NDP MP Jean Crowder who won with almost 50 per cent of the vote in 2011.

Tim Tessier, Liberal candidate for Nanaimo-Ladysmith, was not surprised by the high poverty in his riding: "Here in Nanaimo, where we have a statistic of some 38 per cent of full-time working adults are not earning a living wage, that's what reflects down to the poverty," he said.

His party would help alleviate this, he said, through its Canada Child Benefit of $533 dollars per month per child under six years old. Canada-wide, the party expects the benefit to lift 315,000 children out of poverty.

The party's promised $125 billion in infrastructure spending over the next decade would include investments into social housing, particularly housing co-ops, as well as financial incentives for more private rental developments.

In his own riding, Tessier predicts 200 to 300 new units of affordable housing would be built within one year of the Liberals forming government, which he said would also create construction jobs.

Surrey-Newton Liberal candidate Sukh Dhaliwal echoed much of what Tessier said, adding that Liberal leader Justin Trudeau's focus on the middle class isn't just about helping one group of Canadians.

Every Liberal policy has to meet a test of either uplifting the middle class or helping others join the middle class, he said. "So we are able to house the people that are vulnerable."

NDP Surrey-Newton incumbent Jinny Sims pointed out that it wasn't just her riding, but all three Surrey ridings that had above national average child poverty rates.

She recalled Parliament's 1989 pledge to eradicate child poverty in the country by the year 2000 -- the promise that inspired Campaign 2000's name. Sims said it's a goal her party aspires to, but it will take some time.

"You start by reducing the numbers, and it's going to require a multifaceted approach," she said, citing housing, transit, food, childcare, and prescription costs as policies that impact poverty.

"Our public transit is so poor in the Lower Mainland, especially out in Surrey, that you actually can't get around without a vehicle," she said. "And if you work, you definitely need a vehicle."

Nanaimo-Ladysmith Conservative candidate Mark MacDonald sees the issue differently. It's job creation his riding needs, and he pointed the finger at the NDP opposition provincially and federally for saying no to ideas such as expanding the Nanaimo airport that could help bring more high-paying jobs to the region.

"It's just 'no' to everything, and it doesn't work for people. These [child poverty] numbers prove it," he said.

MacDonald would like to see projects such as the foot traffic ferry from Nanaimo to downtown Vancouver get off the ground, because it create more jobs and encourage people working in Vancouver to move to Nanaimo instead of the suburbs.

He'd also like to introduce social impact bonds, where private investors put money into building human capital, such as improving "the reading levels of children up three grades," he said. "It's proven if you can do that, it significantly enhances their employability and future employment prospects."

Richmond Centre Liberal candidate Lawrence Woo was a bit surprised by his riding's third-place child poverty ranking. But while he didn't deny there was poverty in the riding, he pointed to reports that question high poverty rates in wealthy Richmond neighbourhoods as related to false income reporting, which could impact the numbers.

"That gets into tax evasion business," said Woo, who worked as an accountant for 30 years. "Especially when there's a suggestion that people are not reporting their real income, which everyone should."

While he advocates for stronger tax laws with "more teeth," he was careful to say he doesn't know if tax evasion is happening in Richmond.

For people experiencing poverty in his riding, however, Woo advocated for addressing the issue in public to draw attention to hidden poverty and its impacts.

First Call's Montani confirmed the existence of child poverty in Richmond, citing evidence from the city's poverty response team, but said she isn't sure what impact false income reporting could have on the numbers.

Overall, she said, it's time for the parties to stop waiting for the economy to get better, or the next big economic windfall to come in, before addressing child poverty.

"We continue to be ashamed of ourselves," she said, referring to First Call and Campaign 2000 members. "The lack of will to do something about this is kind of appalling sometimes, and hard to stomach."

An earlier version of this story misidentified the federal ridings of Nanaimo-Cowichan and Nanaimo-Ladysmith.