Every time a government makes an economic or political decision, it also answers key medical questions: Who will live, and who will get sick, and who will die?

This is not a new observation. Dr. Rudolf Virchow, a 19th-century German politician and physician, famously observed in 1848 that "Medicine is a social science, and politics is nothing else but medicine on a grand scale." We can't even say we've forgotten his insight; today's politicians know very well that some of their policies kill people. But they go ahead and carry out those policies anyway.

How they have done it recently is brilliantly documented in this book, which uses Virchow's comment as its epigraph. David Stuckler, a public-health researcher at Oxford, and Sanjay Basu, a California physician and epidemiologist, have examined the public-health consequences of the Great Recession that began with the end of the US housing bubble in 2007-08. They and their colleagues have published their findings extensively in peer-reviewed medical journals, whose readers weren't really surprised.

The general public, however, literally doesn't know what hit it -- repeatedly -- in the last five years. Hence this book, which describes the consequences for different countries that adopted different policies to cope with recession.

The authors don't limit themselves just to the past five years, however; they also look at the health consequences of the Dirty Thirties and the collapse of the Soviet Union. These, like the present recession, provided the setting for "natural experiments" that dramatically showed how policies could save or kill.

FDR, like today's Very Serious People, really had no problem with Herbert Hoover's ineffective policies. But they were so unpopular with farmers and workers that he was forced to offer strong government intervention. That got him elected, he brought in the New Deal, and its programs and agencies saved lives. As the authors say:

"The New Deal had a momentous effect on the public's health. Although it was not designed with public health in mind, its support meant the difference between losing healthcare and keeping it; between going hungry and having enough food on the table; between homelessness and having a roof overhead. In providing indirect support to maintain people's well-being, the New Deal was in effect the biggest public health program ever to have been implemented in the United States." 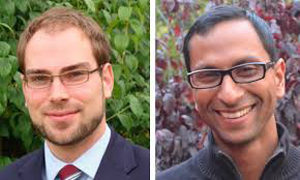 That's no mere rhetoric. Stuckler and Basu show the bottom-line results: "each $100 per capita of New Deal spending was, on average, linked to declines in pneumonia by about eighteen deaths per 100,000 people -- and remarkable improvement at a time when effective drugs to combat the disease were not widely available." That hundred bucks also bought eighteen fewer infant deaths per thousand live births, and four fewer suicides per 100,000 people.

Because not all American states adopted New Deal policies, comparisons could be made -- and the New Deal states clearly got better health results.

The cost of Russian capitalism

Even more dramatically, the fall of communism and the breakup of the Soviet Union created still more natural experiments -- with Stalinesque levels of mortality. Political-economic decisions killed millions of Russians; somehow they got little mention in the western media.

The Soviet economy collapsed in the early 1990s, erasing countless jobs. Ironically, those still working in public health kept good records of the disaster. Stuckler and Basu studied death certificates and found that "The rate of death rose by a disconcerting 90 per cent among the subgroup of men aged twenty-five to thirty-nine, in the prime of their lives."

The statistics showed that they died, in effect, from stress -- expressed in "alcohol poisonings, suicides, homicides, and injuries." And heart attacks.

As western-imposed "Shock Therapy" enabled the new oligarchs to consolidate their grip on the Russian economy, their unemployed contemporaries self-medicated on home-brewed booze and "odekolon" -- "perfume" that served the same purpose that aftershave serves for our own Skid Road drunks.

"Across Russia," the authors write, "alcohol was estimated to have accounted for at least two of every five deaths among Russian working-age men during the 1990s, totaling 4 million deaths across the former Soviet Union."

The ex-Soviet states that privatized rapidly, like Russia, saw the highest death rates. Others rejected Shock Therapy. Belarus clung to the old state-ruled economic system; unemployment never rose above 4 percent (today it's less than 1 percent). Poland and the Czech Republic privatized at a more cautious pace than the Russians, and actually attracted more foreign investment than the Russians did. 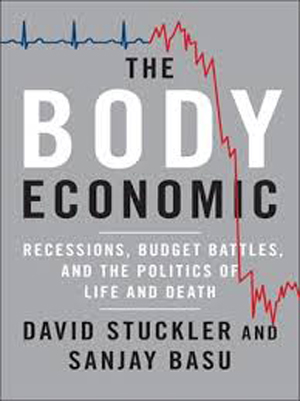 In early 2009 Stuckler and Basu reported on the post-Soviet mortality crisis in The Lancet, a peer-reviewed journal, but it was not a story of interest to the general public. The media had ignored this disagreeable side of the triumph of capitalism, just as they would go on to ignore it when the US and European housing bubbles burst in 2008.

In Greece, HIV makes a comeback

The authors make a powerful case that the austerity measures adopted in some countries -- and imposed on some others -- had a direct and fatal impact on those countries' public health. The U.S. did deliver some "quantitative easing," pumping money into the economy that kept unemployment manageable. So did Canada, though it must have pained the Harper government to do so.

But Europe imposed austerity on a number of its members, demanding stringent budget cuts as the price of bailout loans -- loans that went straight to creditors, not to citizens. Quite apart from the social unrest triggered by these cuts, they also caused a public-health disaster.

In Greece, the cuts led to a 52 per cent jump in new HIV cases -- between January and May 2011. The government, which had cut HIV prevention programs, was profoundly embarrassed. It promptly blamed prostitutes.

By then, foreclosures had raised homelessness by 25 per cent in two years, and homicides doubled between 2010 and 2011. Like Russian working-age men in the 1990s, Greek men showed signs of worsening mental health, including suicides and deaths from "undetermined injuries."

Cuts to hospital budgets led to shortages of antibiotics and tripled wait times. People couldn't afford private hospitals, so public hospitals admitted 25 per cent more patients: "Then, instead of boosting support to meet the new demand, the government's austerity budget cut the jobs of 35,000 clinicians, doctors, and public health workers."

HIV was only one of the infectious diseases making a comeback. West Nile virus and malaria spread as spraying programs were cut and mosquitoes prospered. (West Nile also exploded in Bakersfield, California -- as mosquitoes bred in the stagnant swimming pools of foreclosed homes.)

Meanwhile, Iceland refused to play by the rules. Having hosted an offshore-banking industry that imploded, the country experienced some noisy demonstrations that forced the government to hold a referendum: Should Icelanders pay to honour the debts of their bankers, or not?

The answer was no, much to the alarm of the EU. But the Icelanders toughed out the recession without sacrificing too many jobs or social support programs. Stuckler and Basu followed the Icelandic health records: death rates kept falling, and heart-attack rates were unchanged. So were rates of depression. People were working and earning less, but self-reported as feeling pretty good.

And so it has gone: countries that cut their budgets to please the European Commission have seen their own citizens pay with their lives. Countries that held on to their social welfare programs, and helped the unemployed get back to work, have done far better. Britain coped fairly well under Gordon Brown's Labour government in the early years of the Great Recession, but David Cameron's Tory-LibDem coalition has caused a public-health disaster.

Strikingly, Stuckler and Basu show that the real key to economic growth is not to cut social programs, but to boost them. Every dollar spent on healthcare and education actually generates three dollars in the economy. And why not? A healthy, educated, economically secure population will ride out recessions in far better shape than one trying to cope with joblessness, depression, and alcohol.

In their conclusion, Stuckler and Basu write a devastating indictment: "Had the austerity experiments been governed by the same rigorous standards as clinical trials, they would have been discontinued long ago by a board of medical ethics. … Instead of austerity, we should enact evidence-based policies to protect health during hard times. … Ultimately austerity has failed because it is unsupported by sound logic or data. It is an economic ideology. It stems from the belief that small government and free markets are always better than state intervention."

Austerity isn't even good economics: "Austerity has choked off economic growth -- deepening recessions. By contrast, governments that have increased public-sector spending have seen faster economic recoveries, which in turn helps them to grow out of debt."

So if Christy Clark truly wants to grow the B.C. economy and get rid of our provincial debt, she would do far better to put more money into our hospitals and schools, rather than into liquid natural gas. And we would all be better prepared to build a real economy, rather than one built on a fantasy.