In a series of books, British researcher Richard G. Wilkinson has built a growing case for income inequality as a major factor in health, life expectancy, and the levels of destructive behaviour in any society. As he told The Tyee recently, "It's always the same book," but with increasingly solid evidence. The Tyee has often mentioned his work, including here, and here. 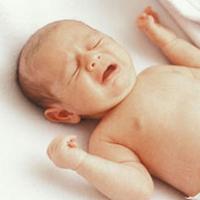 That Gap between Rich and Poor Is a Baby Killer

It seems at first a very hard case to prove: That the relative gap between poorest and richest in any country is a major factor in its population's health and well being. The key word is "relative": poor Americans and Canadians enjoy standards of living much higher than poor Cubans.

But Cubans actually enjoy lower infant-mortality rates than Americans, and their life expectancies are closely comparable: According to WHO, Cuban life expectancy is 77, and American is 78. (We're at 79.) This is remarkable, considering how much less Cuba can spend on health care. The difference, says Wilkinson, is that rich Cubans aren't much richer than poor ones.

But why would other people's income matter so much? Wilkinson's argument has clarified through several books: It is psychosocial stress, caused by the feeling of insecurity in the poor. This was even noticed in the 19th century, when autopsies on English poor people showed far larger adrenal glands than those in the rich. The doctors actually thought the rich suffered from mysteriously shrunken adrenal glands. In fact, the poor were simply far more stressed.

This stress can lead to higher rates of diseases like diabetes, as well as to harmful behaviours that also cause disease: drugs, smoking, drinking, and violence.

Stress levels tend to compound the problem by reducing "social capital": People don't trust one another, and often with good reason. The poorest cling to whatever shreds of status they can, often by responding violently to "disrespect."

While North Americans still believe that anyone can make a million if only they work hard enough, Wilkinson shows how little social mobility we actually have, and how easy it is to slip down the ladder. (It's tempting to think that our concern about getting the kids into the best schools doesn't stem from our desire to see them well-educated, but our anxiety about losing whatever status we've achieved.)

A theory of everything?

Wilkinson has been charged, even by his admirers, with turning income inequality in a "theory of everything" that explains obesity and homicide, depression and addiction. Even so, it explains a great deal: Canada and the U.S. states with the narrowest income gaps, like Vermont and New Hampshire, also share low crime rates. States with wide gaps, like Louisiana, have the highest murder rates.

Unsurprisingly, Americans tend to dismiss Wilkinson's argument as just another pretext for "income redistribution" from the rich to the poor. But it is gradually becoming a political issue, and may well become still more so as millions of Americans remain hopelessly unemployed.

Richard Wilkinson's most recent book, The Spirit Level, co-authored with Kate Pickett, appeared in Britain in March 2009 and in North America earlier this year. Wilkinson was in Vancouver earlier this week. During his busy visit organized by SFU's Centre for Dialogue, he gave a free public lecture, spent a second day of meetings and workshops with poverty reduction groups, and carved out a bit of time to sit down with The Tyee to talk about The Spirit Level's themes -- and its impact.

On the response to the book in the UK:

"It's been astonishingly positive. It got lots of reviews. BBC discussion programs also. [Prime Minister David] Cameron agreed; he said that if we really know poverty, we're all diminished by it. Even The Economist gave it a good review . Then the attacks started coming from the far right, accusing us of 'picking and choosing evidence.' In fact, we used all the evidence we could find, but the same evidence wasn't always available from every country."

On the response in the US:

"We got fewer reviews except in the blogosphere, but we did a series of about 30 talks in six cities. We had some trepidation about the American response, because our graphs show the U.S. is doing the worst among industrial nations. But we were pleased with the radio time we got, and with an interview by Bill Moyers."

On the response in Canada:

"So far we haven't seen much response except from Jack Layton."

On the response elsewhere:

"Since the crash, people are thinking about where we need to go from here. The success of the book is an indication that the political pendulum is swinging back. We've given over 450 talks since March 2009, and the book is going into 15 or 16 foreign editions and translations. We also had a huge number of invitations from the EU in Brussels, and major European papers are taking it up -- Germany, Spain, Sweden."

On where we might be in 20 years if the income gap continues to widen:

"I haven't thought about that because it would be too depressing. Actually, I'm rather optimistic. We should be putting ideas together on where to go. For example, equality makes sustainability easier to reach."

On the evidence for the harm done by income inequality:

"The evidence for harm done to health is the weakest in the book. Evidence is very strong for inequality's impact on diet and psychosocial effects. It leads to behavioural issues and feelings of superiority and inferiority that in turn create more stress."

On the least understood aspect of income inequality:

"We're talking about relative incomes, not an absolute standard of living. And it's not yet understood that the vast majority of the population is affected by inequality."